One missed flight and one cancelled flight later, I finally touched down in Newark, New Jersey. It was just about forty-five minutes later that I finally drove in to the self-coined “bubble” that is more commonly known as Bernardsville, New Jersey. A far cry from Newark’s urban terrain, Bernardsville is surrounded by rolling green mountains and self-charm that most would argue was lost long ago. It wasn’t much later after showering off the journey, that the power flickered off. The dark ages was not really what I had in mind for my spring break, but with two impending storms and a state of emergency blaring and whirling around on my phone, I hunkered down and began to do the only thing left of interest without my electronics on hand- people watch.

Throughout my short time observing, I came up with the following twelve things you really only understand if you live here…but maybe I can enlighten those who don’t. See, with a mere population of 7,805 people, everyone knows everyone and everything that’s going on. Now, graduating high school, I would’ve argued that this was an obvious negative. Small towns produce small minds, I thought. However, I’ll backtrack a little, because after a semester abroad and settling into the Boston city-scene, I would argue that there are, indeed, many positives of growing up and living in my small-time hometown.

1. Our houses may be miles apart, but in a small town like Bville, your neighbors are never too far away.

The first night of my power outage, we received a text from a family friend. They had the brilliant idea of fighting through the wind, wires, and downed trees for a good old game of scrabble. So, sitting in our pajamas and blankets, we lit some candles and did just that. In school, I live in a huge high rise with kids my age left and right of me. I will tell you that, although good people, snow days are more of a homework and stay-in-your room all day alone event than a game day. Not here though, it’s not uncommon to have three or four people checking in on you and wanting to form a gathering to wait out the storm together. The Hunt style- If you’re from around here and catch my drift.

2. There’s a whole lot of kindness to go around.

Shout out to the bubblers who offered everything from housing to free entertainment for the stranded in the storm. From in person to online, the amount of services and time that the civilians of this town were willing to offer was, and still is, truly humbling. One moment in particular that stood out to me was the local bagel store, Bagel Bin, that opened their doors not only to sell the best bagels in the world (seriously! Go buy their bagels), but purposely advertised their plumbing and heating not to just attract customers, but to give our town a safe haven, and I mean a true safe haven.

I came in to buy a bagel on my third day of power loss, seeing that I could not cook anything and found one of their employees scrubbing down everything in sight. I proceeded to lean on the counter to wait my turn, but was promptly told not to. It turns out that there was a sick individual in right before me and they did not want me to get sick or any of their other customers to catch something, which is why they were scrubbing down.

3. With that said, there’s nothing like going into a store, knowing the store owner and them knowing you.

On my fourth day of power loss, I was invited to a friend’s birthday dinner and was in a need of gift. Of course, I knew exactly where to go. Rebecca’s collection had been my go to present store for ages- literally, ages. I walked in and was immediately assisted to help find the most perfect gift. While checking out, I was bombarded with the usual questions about my family (and extended family-grandma included) and their well being and of course- the usual “How old are you now?”

No joking, I think I could mark the years of my life with the amount of times I’ve visited the store. I know it and she knows it. That’s what makes it nice though, I could be in a big chain store just as much and for the same many years, but for the most part, they still wouldn’t know my name and they definitely wouldn’t be asking after my family.

4. Bernardsville or the “bubble” is really just the Somerset county district and surrounding area.

I have a good friend in school that lives in the town over and we reminisce and get nostalgic about the same home town charm as if we we lived on the same street. Maybe we’re provincial at times, but by the same token, our small town-hospitality and quaintness is recognized as a thing of beauty and admiration by many outside our borders. In fact, for this reason, we get a lot of New Yorkers come settle are way, despite the commute. I’m sure they’re not too upset by the day off with new jersey transit running off track. 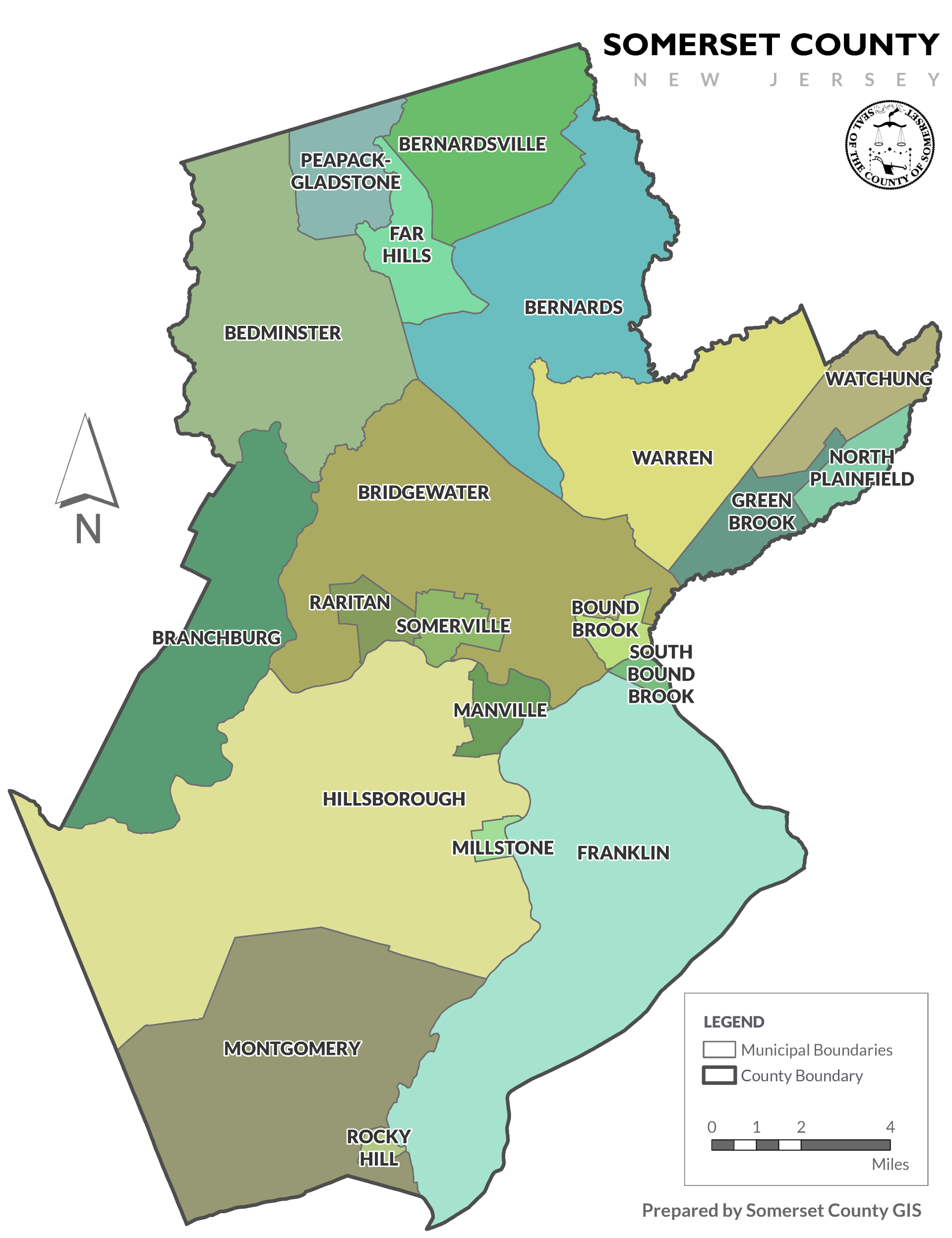 5. Speaking of beauty, last year I traveled to London, Budapest, Barcelona, Italy, Scotland, and France, but will still argue wholeheartedly that Bernardsville is up there with amazing sights to see.

As I’m typing I’m looking out my window and the snow-laden white out is as glorious as many of the touristy spots that I saw abroad. I can’t wait for summer, when I can stroll around Natirar and many of the other spots around the “bubble” that many can only dream of knowing. Going to the city, I never thought that the color green was a thing to miss, but I soon found out that many did not even know green was more than a color in their crayon box, but a state of living.

6. Maybe green’s not your thing, but blue is- that’s okay. Living in Bernardsville is a really ideal spot for a day trip.

I like to say everything’s about a two hour drive from where I am in Jersey (with traffic of course). I’ve been hearing a lot of “I’m bored” around here with the school closures and dwindling batteries. To that I reply, we’re two hours to the center of New York, two hours from the center of Philly, and two hours from the shore. Take a drive, it could be less- maybe even an hour. Go out under the blue skies and explore. Then, come back.

7. Maybe you go for your drive, get there, and decide to have dinner in the city.

That’s fine, sure you’ll have the skyline as a table view, but you don’t really need to go to the city to get New York style food, just go to town. We have by far, some of the best food I’ve ever tasted. From pizza to pasta to Tai to Japanese, we have some of the best options out there. In fact, I was so desperate to get some Japanese from our local restaurant, that I ventured out mid-storm. Unfortunately, with all the falling tree limbs I had to turn around and cancel my order. Don’t worry though, given that I’m at day six of no power, I’ve been back more than once to make up for my canceled one.

8. After my Japanese dinner, I decided the house was just a little too cold to stay in it.

So, after a little digging around for things to do, I happened upon the school play. Growing up, I used to complain that there wasn’t much to do around here. Coming back though, I realized that some of the best sources of entertainment was the homegrown, wholesome kind. I have some of my best memories in that school auditorium, so going back and watching the Music Man was as much fun as some of the other shows I’ve seen while away.

The same could be said, for the next day when I went to go see Black Panther in the teeny movie theatre in the center of town. I could have seen that movie anywhere, but something about being in a theatre the same size or smaller than some of my lecture halls where I knew the inhabitants even better than some of my classmates made it sort of special. This is something I don’t think you realize is a plus until leaving the town. It’s now something I really look forward to when I come back.

9. Middle/high school is tough, but graduating Bernards High School is a right of passage.

With the power out in the district, I’ve had a chance to reconnect with some old friends still living out their senior year and my brother who’s a freshman. One thing remains evident to me, Bernards is still as rigorous and competitive an environment as it was when I left it. As I listen to their qualms and complaints, I can’t help but regurgitate the same advice that I was given while there.

You don’t like it now, but college will be sooo much easier because of it. I’m hit with the usual answer, “but at what cost?” I don’t know at what cost, it definitely wasn’t a fun experience for me- but, hey, that’s just me. I know for certain that some people loved it and personally, I came out with a few individuals that I remain very close with and who do very well because of the education they received. And I also know that I am the person I am today because of the influence of people in that school.

10. like I said, there are a lot of positives, but if I could hit on one negative, once you lose power, your lucky if you do get your power back within twelve days.

I can talk about the kindness and community spirit which the power outage brings out to the forefront, but there’s only so many days before the cloud starts to gray out the silver lining and the bitterness sets in over my spring that has not sprung. Which brings me to points eleven and twelve.

12. I’m excited to leave it for somewhere with some lights 😉 I’ll be back when there’s some heat.

What are your thoughts on Bernardsville, New Jersey? Let us know in the comments!

A Thank You Letter To My Dad On Mother’s Day

You Know You Are From A Small Town In Massachusetts When…