Picking your home for the next year is a stressful process. From the countless rumors to the phony smiles on the campus website, it’s hard to know what’s really true. Don’t worry, this list contains raw facts and students’ opinions about the best and worst dorms on campus. Here is the ultimate ranking (in order from the worst to the best) of freshman dorms at West Chester University.

Killinger is quaint and located right across from Sykes Student Union. It’s the smallest and oldest of the dorms,which is why it’s obviously at the bottom of our list. Killinger was built in 1959 and honestly, I’m surprised it’s still standing. You’ll definitely run into your one night stand that lives on the second floor multiple times a day, but hey, what can you do?! You may end up making some life-long friends because you’re forced to hang out with the limited 20 people that live on your floor. Back entrances make it easy to sneak in alcohol and other “contraband” because there’s no passing by front desks or security guards; however, I would keep Killinger as a last resort when picking your dorm.

Oh Tyson, the nicest thing about this dorm is the scenic view of Lawrence parking lot. You’ll be first in line for nuggs at the dining hall and you might even be able to snag the best elliptical in the gym. Other than that, Tyson’s rooms are cramped and covered in heinous wood paneling that’ll take you right back to 1962, the year it was built. You might be able to make friends in this dorm due to its small size and your unwillingness to spend all of your time in the dingy shared closet you call home.

Goshen and Tyson are neighboring dorms, and similar in size and quality. Built in 1966, it’s a little newer and nicer than Tyson, hence why it’s higher up on the list. The best thing about traditional dorms is the social aspect. People in Goshen keep their doors open and are welcoming to new friends, something you won’t find in affiliated dorms. All in all, Goshen is just as puke stained and dingy as all the others. I’d give it a solid sub-par “meh” rating.

Despite the nick name “Shitty Schmidty”, this is the best traditional dorm on campus. Schmidt was built in 1970, so it’s the newest of the lot. Located on the very corner of campus and right off the residential quad, Schmidt is in a fantastic location for events. The rooms feature cute brick walls for Pinterest inspired décor and make for great Insta backgrounds. If you can rough it for two semesters, it’s worth the couple grand you’ll be saving.

Allegheny Hall is the smallest and arguably most boring of the affiliated dorms. This building is intended for the honors students, so it’s safe to say it’s pretty tame. All the rooms feature a private bathroom and suite style living spaces, which is a huge step up from traditional. Allegheny and Brandywine both have amenities like gyms, game rooms with ping pong and Foosball, and even a theater. You don’t have to be in the honors college to live in this building, but I don’t really see why you’d want to live here, unless study hours and quiet time is your jam.

Commonwealth is where I chose to spend my first year at West Chester, and it was a quality choice. It’s the newest dorm on campus, and you can really tell in the rooms. It’s around the same size as Allegheny and is located right off New Street, which is perfect for street parking. The one downside to this dorm is that when they were building it, they messed up and made all the 4×1 rooms too tiny, which they try to make up for with free TV’s.  Other than that, Commonwealth is pretty nice, but it doesn’t have a movie theater or huge game rooms like the other dorms.

B-wine is the best dorm on campus. It’s massive and smack dab in the middle of the res quad. It’s great for freshmen that don’t want to rough it in the traditional dorms, but still want to meet friends. People aren’t as social in affiliated dorms, but Brandywine is the most fun, since it houses most student athletes. It has all the features the other affiliated dorms have, and also has classrooms on the first floor. So if you’re lucky, you may have a class that you can literally roll right out of bed for. Brandywine also has all the fun amenities that Allegheny has. All in all, you’ll get the best experience living in B-wine.

This is the ultimate ranking of freshman dorms at West Chester University! Where do you want to live? Share in the comments! 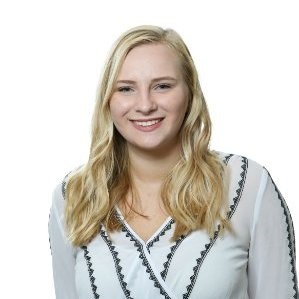 A senior marketing major at West Chester University, with a passion for dogs and Dunkin'.

7 Things That You Are Forgetting to Pack For Your Dorm