I don’t know about you, but after a fun night out of dancing and partying, all I want is a huge plate of really good, really greasy food. We all know that certain foods are just meant for when you’re drunk, so here’s a list of restaurants that have those food and are the best on Main Street for ordering drunk food and pigging out!

Jimmy Johns is definitely a competitor if you’re a lover of sandwiches and their subs definitely hit the spot after a long night. Unfortunately, Jimmy Johns is competing with some really strong late-night food places on Main Street and tends to be looked over when compared to some of the other restaurants. Nevertheless, Jimmy Johns is still delicious and the subs are the perfect sharing size to make splitting the meal with your friend or roommate convenient.

Calio’s is on the corner of Academy Street and Main Street and is open late-night (until 4 AM), making it a great spot for post-party, drunk food. They’re known for their deliciously stuffed calzones, that are decently cheap. Calio’s has all of the classics including chicken bacon ranch, buffalo chicken and Italian stuffed calzones, as well as creative and unique flavors that are definitely worth a shot like baked potato and enchilada. Calio’s food is an awesome choice for late eating!

Domino’s is a common go-to post-party food! Although Domino’s is located on North College Avenue and not on Main Street, they deliver until 3 AM! It may not be the highest quality pizza but it certainly hits the spot after a long night. Everyone loves indulging in their large pizzas and cheesy bread after a night out but I would also strongly recommend an order of Domino’s cinnamon twists which give the perfect amount of sweetness to balance out the cheesy, garlicy flavors. You can never go wrong when you choose Domino’s as your post-party food, earning it the number 4 ranking on this list!

Buddy’s Burgers is a modern styled burger and chicken place that stays open until 3 AM on the weekends and even has a specific late-night menu after midnight! There are a variety of burgers, hot dogs and French fries that’ll satisfy any drunk craving you may have walking home on a Saturday night. The food is fresh and is prepared quickly to keep you from waiting too late! Although Buddy’s has incredible and perfectly greasy food, their late-night menu is more limited than some other places on Main Street, which is why Buddy’s was ranked 3rd on this list!

10 Food Combinations That Should Never Happen

The runner-up for the best drunk food goes to a Main Street rookie, Mac Mart! Having just opened this semester, Mac Mart had a lot to prove against the other late-night food hot-spots, but they’ve definitely held their own. Mac and cheese is easily a favorite food among many college students and Mac Mart takes mac and cheese to a whole new level with their intense flavors and toppings (even the plain mac and cheese is served with crushed potato chips on top!). Mac Mart is a little pricey and is limited to just mac and cheese products; however, it is still one of the best places to go after a night out, especially if you’re as big of a fan of mac and cheese and I am! 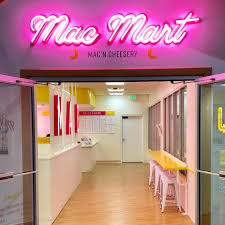 The winner and number 1 ranking for best places to order drunk food on Main Street goes to the popular Freddy’s Wings and Wraps. Freddy’s has a huge menu with any post-game food you could want late at night including wings, mozzarella sticks, wraps, fries and quesadillas. Freddy’s is open until 3 AM on weekends and always has a fun environment with music and tons of students who are also getting drunk food! Freddy’s is conveniently priced, has speedy service and enough food options to never get boring, landing it the first place ranking on this article!

Why Embracing Your Body Shape Is Important For Your Health