Riverdale High, the high school of our dreams made with the characters we wish we knew. Maybe you’re more alike with the town of Riverdale than you thought! Check to see which Riverdale character you most resemble based on your zodiac sign!

Archie is fiery, sometimes shady, and most times a fighter. He is quick to fight and anger when things get heated but he is always there for the people he loves. He’ll be extremely honest with you and won’t let a moment pass to tell you how he feels. But watch out, the Aries passion is hot to touch and you might just get burned. (I know corny, but literally Archie has taken down so many people who have attempted taking him down).

She thrives on revenge, but in secret and stealth. She has an alter ego that is not only sexy but revenge stricken! But she is very intuitive in being able to sense when something just isn’t right! Her emotional side is strong and drives many of her actions making her the perfect Cancer!

Capricorns are hard-workers and known as the most driven signs of the zodiac. Jughead is on a constant mission to suss out the evil and corrupt of Riverdale. He is intelligent, emotionally mature, and extremely loyal to people who have held his heart for years. But, don’t be fooled, once you’ve wronged him there is no going back, Capricorns won’t forget that time you crossed them and left many people including themselves hurt.

Veronica doesn’t mind being independent and she actually thrives with the responsibility whenever there is a chance to take the lead. But her head is always looking toward the bigger and better goals of life. She is on a never-ending quest for adventure and for the best of the best that the world has to offer.  Though it can lead her to take the people and things in her life for granted when her mind is in the clouds instead of on the here and now.

A true Leo, Cheryl Blossom is without a doubt a leader who praises her own successes and doesn’t wait for anyone to give her the satisfaction of a compliment. She’s strong-willed, passionate, and true of heart to the people who matter and deserve it most.

Good friends with Archie, Reggie mirrors his loyal attitude to help the people closest to him. But he’ll always speak his truth if he feels others are stepping over his boundaries. He doesn’t take anyone’s bull and isn’t afraid to get dirty showing them that.

Toni is without a doubt misunderstood just like the Scorpios out there. She is powerful but quiet and won’t ever let on to just how strong she is. When you get closer to her, you see just how amazing she is. You realize the strength, the sexy mysterious attitude, and the beyond powerful emotions that make her supremely compatible with Cheryl.

Josie is artistic past compare making her the perfect embodiment of this zodiac sign. She is also not one for romantic commitment and has many interests in a variety of subjects. She is stubborn when it comes to the things she desires most and won’t let anyone or anything get in her way.

He’s grounded unlike a lot of other characters. He knows where he stands, he’s loyal and will fight for his loved ones. But his crew of truly trustworthy people is very numbered and close-knit.

Known as the humanitarian of the all the signs, Hiram Lodge is the aquarius becasue they can be stealthy and have a very observant and intelligent eye for the material world. Most times, the aquarius keeps its secrets very close and you’ll have a hard time discovering just what those secrets are. They are big thinkers with big plans and of course have a big game to play.

The Best Astrology App You Need On Your Phone

Penelope Blossom is an extremely misunderstood character just like many scorpios. She has her own motives and is quiet about them but she loves to see people squirm once they’re revealed. She gains her power through the emotional manipulation she places on others. Scorpios are much of the same gathering their strength and power from deep emotional connections with people while also being hyper-analyzing of other’s emotional selves which they can use or not use to their advantage.

Mrs. Lodge tries to seek for balance between her material world and emotional. Yet she seems to never capture that balance. However, she tries to be logical about her actions and the actions she does go through with are always predictable making her the best embodiment of the routine oriented Virgo.

Betty’s mom will do anything to make sure her life is in complete balance almost to the point of manipulating other’s routines and lives. She embodies the libra because she is at times rational and other times emotional which will lead to a harmonious balance of the practical and emotional. She seeks out what she most desires: happiness and feeling at peace.  No matter what, she wants to please her family and appear in the eye of perfection to the outside world making her a true people pleaser.

Pisces always seem to have their head up in the clouds along with the dreams and adventures they wish to pursue! they can rarely be held down by anything or anyone. Kevin Keller is the friend that follows where the energy is and he cannot seem to sit still for two seconds as he’s always caught up in some kind of dramatic situation.

Which Riverdale character are you based on your zodiac sign? We’d love to hear what you think about these characters and their assigned zodiac! 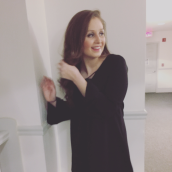 Just a girl with a passion for fitness, fashion, beauty, and food.

Your Next Favorite Read Based On Your Zodiac Sign

Inspirational Quotes Meant For You Based On Your Horoscope