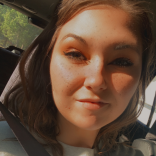 All Of The Best Mediterranean Grill Recipes For This Summer

Dorms and meal plans are a scam.

At Young Harris College, there are four main dorms, one apartment-style housing option, and one cafeteria that serves hot garbage. Here is a quick look at the dorms and meal plans I see every day.

This is where the magic happens. The cafeteria has everything you could possibly want.

There is a salad bar fully stocked with wilted, soggy lettuce, an “international cuisine” food line that usually serves something the cook made up that day, a hot food line with lots of weirdly spiced vegetable medleys, a deli that was my lifesaver when I lived on campus, and the standard pizza/burgers/fries option. The pizza always congeals after exactly one hour.

The price for this healthy and delicious food per year is around $4-6,000. Just another example of colleges overcharging for underwhelming dorms and meal plans.

The dorms on campus are either very old or very new, but somehow they are all gross and in disrepair. I’m not sure if this is because of the students not cleaning up after themselves or if it’s because the school doesn’t keep up the buildings like they should. Maybe a combination of both. *shrug*

This building is the newest and most gross of the available dorms. It was built to house all of the freshmen, with their fresh-out-of-high-school glow and complete inability to live like human beings.

I refused to live there when I was a freshman, but I have heard some horror stories of condoms in the sinks and toilets, hairballs clogging the showers on a daily basis, and one person even had a habit of eating ramen noodles in the shower.

It is two students per closet, and each floor shares one bathroom with multiple showers and toilets. They market it as “country club” style accommodations. Take that as you will.

This beauty is really, really, really old. I think it’s as old as the college, which is over 100 years. It shows its age through the continuous mold and leaky pipes that plague the students that are unlucky enough to call it home.

I don’t even know how this dorm is set up. It’s just creepy and falling apart. As you can see, the dorms and meal plans are in desparate need of an upgrade.

This dorm is also an old lady. An old lady named Appleby, who is creaky and haunted. Legend has it that a girl who lived here committed suicide by strangling herself with a telephone cord in the basement.

I lived in this building for exactly one week before moving off campus, which was disappointingly unrelated to the ghost. There are two people in each bedroom connected by a Jack-and-Jill bathroom.

Trust me when I say four girls sharing one bathroom is not ideal.

Enotah, the lovely dorm with a great view of the mountains on one side and the dumpsters on the other.

I lived here in my freshman year, and it wasn’t terrible. It’s set up with two bedrooms and one common room, with four people to a suite. It’s a decent size, and there is a kitchenette in the common room.

A word of warning about this style of housing: specifically ask for neat suitemates. I didn’t know anyone else when I started at YHC, so I got assigned some randoms. Two of them were great, but I had one girl that lived like a pig and refused to clean up after herself. She was awful, which made living with her miserable.

If you are going to endure the dorms and meal plans at YHC, Hillgrove is probably your best option. I lived there for a semester in a private room, and it was okay.

The rooms are very spacious, with two roomy closets, and they each have a private bathroom.

I have visited a lot of these apartments, and they all have a great kitchen and living room set up, but the bedrooms are crazy small.

There are four students to one unit, so for people who like having roommates, I think this is a nice option. Also, it has private laundry facilities, which is great. The downsides that this is the housing most of the athletes choose, so it’s noisy all the time. No studying ever gets done in the village.

The starting estimated total cost for one year in each of these little slices of paradise: $10,864.00

Young Harris College is an amazing school with a ton of great academic programs, but (in my own personal and absolutely correct opinion) the dorms and meal plans are a huge waste of money.

What are the dorms and meal plans on your campus like? Do you like your living & dining situation?  Let us know in the comments!

How To Apply To The Right Internship After Graduation

All Of The Best Mediterranean Grill Recipes For This Summer