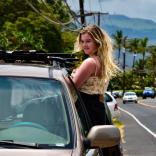 You don’t have to go all the way to California to casually run into stars. One of the best places to meet celebrities is at a famous music festival! It’s not free, but if your life mission is to meet one or a few stars, going to Coachella is the place to be. You’re paying for a music festival weekend, the experience, and seeing some of your favorite stars in person. With that in mind, here are a few celebrities you can expect to see at Coachella 2020!

Billie Eilish is a star who has blown up in the past few years. She blew into an A-Lister practically overnight! Her music is relatable to young people everywhere, and she has a huge fan following. Her last tour VIP package was at 100 dollars, and her team is considering to up it to 200 for her next tour. Billie Eilish seems like a down to earth person who has yet to miss a Coachella event. While most stars don’t want to be bothered you at the VIP section, she may be willing to take a photo. You will likely still see them in person walking around. At the very least, you can see which stars are stuck up and which stars will be cool with a wave or a photo.

We all know when Justin Bieber blew up, and his concerts and meet and greets were insanely expensive. He has recently released a new song and is expected to release an album soon. He goes on tour this year, but meet and greets seem to be out of the pictures so far. Justin appears at Coachella every year, and you are free to fangirl with superfan Billie Eilish when you see him. The tickets for his concert start at 150 dollars. Though he is not scheduled to perform, you can still view live music and be in his presence for a bulk price that seems more affordable when you put together all the perks of seeing all the stars.

Halsey is another performer who you can find lounging in the crowd at Coachella. She is someone a fan would prefer to see live (because she’s fantastic). Though, she is always at events like Coachella enjoying the music and keeping up her reputation. Halsey is a celebrity you can bet on spotting rather quickly and probably one who would be generous enough to take a photo with you if you ask. She’s big enough to be low key about her presence at the festival but not so big that she’s never going to leave the VIP section. You can bet on spotting a mile away.

Vanessa is the reigning queen of Coachella and has yet to be dethroned. Although she is not a performer, she has been acting once in a while for Netflix or indie films. You can expect to see her at Coachella because Vanessa has a reputation to uphold. Everyone will be looking around for her to see what she will be sporting on the Coachella camps. Vanessa is a star you might even be able to spot in the crowds instead of the VIP section. She is also not big enough to be for sure, sitting with the VIP members. We all appreciate it because she is loved by many as she brings back a sense of nostalgia from her role in High School Musical.

Selena always made an appearance at Coachella. last year; she even performed at the venue! Selena Gomez tickets average at 150, but sadly she is not scheduled to play this time around. The good news is that you will probably see her at this year’s festival in addition to so many other stars. She will likely be in the VIP designated area, but that doesn’t mean you should give up. She’s always been a people person, and if you can catch her quick enough, you might be able to snap a picture with her or at least be able to high five her! Fans say she’s very approachable, and at the very least, you’ll be breathing the same air as she!

Lana is performing this year! Finally, you will be guaranteed to see her set. Her concert tickets are lower than other musicians at starting only around 54 dollars, but seeing her up close and personal at the festival is priceless. Lana is a particularly private artist, but that doesn’t mean that you can’t enjoy the live performance and catch her in the crowd when her set is over. Lana doesn’t blend in as well as other artists do, and though she will likely be heading to the VIP section doesn’t mean that she’ll never leave. Just keep your eye out for her bohemian looks to see her up close and personal!

The Kardashians don’t do a whole lot of music performances except for Kylie’s memorable “rise and shine” song. Anyone who’s anyone knows that they have to be at the biggest music festival of the year, so of course, they couldn’t miss out. I don’t know about Courtney or Chloe, but you can expect to see Kim, Kylie, and Kendall. They would never miss an opportunity to show off the iconic fashion looks and party with other celebrities. Not to mention, they have a reputation to uphold. Kendall and Kylie post several photos from the event every year, so you can be ready to see them. Coachella is a great opportunity, especially if you’re a fan of the sisters because they don’t do many meets and greets in real life. Kylie and Kendall may even be willing to take a photo with you if you find them. Every celebrity has to sneak out of the VIP area to get food or drinks.

Ariana performed at last year’s Coachella event, and it was a wildly popular show. While you might not see her on stage this year, you will likely see her at the event. Ariana is known to have a very dedicated fan base. Those fans that are willing to see her outside of a concert venue Coachella is the best place to. Tickets for her concerts average at about 170 dollars, which is steep. She’s going to be hard to spot because she has a reputation for staying out of the public eye. That’s okay because if you stick around the VIP area and study her Coachella looks odds are you if you keep an eye out, you might catch her walking side to side.

What celebrities do you want to see at Coachella this year? Let us know in the comments below!