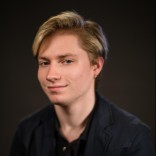 Ah, Thanksgiving. A time to get together with family, roast a nice turkey, and squabble over whatever happened in the election. If you’re looking for a way to avoid your uncle’s political rants this November, try putting on one of these Thanksgiving Movies to lighten the mood.

This perfect go-to for Thanksgiving Movies, and perhaps John Hughes’ underrated masterpiece, follows Steve Martin as he tries to make it back to his family from New York to Chicago for the holiday. The only problem? He’s joined by an accident prone John Candy, who creates a detour so chaotic that the pair almost die more than once. By the time they reach the windy city, both characters evolve and reconcile their differences, which is what Thanksgiving really should be about. It’s also worth a watch for this scene alone that earned the otherwise family friendly movie an R rating.

Perhaps the greatest concert film of all time, Martin Scorcese helms this beautifully shot and richly atmospheric concert that took place on Thanksgiving, 1976. A who’s who of rock and roll royalty show up for The Band’s final concert, including Joni Mitchell, Muddy Waters, Van Morrison, Neil Young, Eric Clapton, Ringo Starr, and former employer Bob Dylan. With actual waltzes and Thanksgiving dinner served pre-show, the vibe is warm and familial, perfectly fitting the mood for Thanksgiving Movies. See why songs like “The Weight” and “I Shall Be Released” are still considered classics.

Falling more into the category of Autumn Movies than true Thanksgiving Movies, You’ve Got Mail still provides that warm, ooey-gooey sentimentality that the holiday calls for. The third romantic comedy pairing Meg Ryan and Tom Hanks, Mail is a time capsule of the late 90s where things like AOL chat rooms and bookstores were still a thing. Even though Hanks’ character basically ruins Ryan’s life, their combined likeability still has you rooting for them. And, hey, the one Thanksgiving scene is a quaint, goofy rebuke of the traditional family meal.

Maybe being from D.C. myself has made me biased towards this District-set film, or maybe I’m just a sucker for Keanu Reeves’ romantic period of the early 2000s where he briefly traded in his action star status for a play at becoming a suave leading man. Either way, Sweet November is terribly hacky, goofily written, and was pretty much universally panned when it came out, but it does have its charms. Charlize Theron acts circles around Reeves, even with the subpar lines she has to read, but they go toe-to-toe during the Thanksgiving reunion scene that puts an overly-sentimental cherry on top of a self-aware melodrama.

Black Friday is the yin to Thanksgiving’s yang, contrasting the egalitarian vibe of a family meal with crass consumerism and stampeding shoppers. Celebrate that feeling with a movie that radiates the same energy. Paul Blart: Mall Cop is, to put it nicely, not a great movie. Most of the time it barely even feels like a movie. It’s really more of a “how frequently can we make fat jokes with Kevin James” kind of production, but it’s also harmless and inoffensive enough to put on with the entire family around.

The classic to end all classic, no movie on this list will transport you back in time quite like A Charlie Brown Thanksgiving. While it may not hold the legendary status that some of the other Charlie Brown holiday specials have, it remains a solid entry in the Peanuts television special universe. Everything you want and expect from a Charlie Brown adventure is here: a flustered Charlie Brown trying not to appear incomptitent (and failing), a prayer from Linus, silly misadventures from Snoopy and Woodstock, and even a classic football gag from Lucy. The classic jazzy background score from Vince Guaraldi is the icing on top of the pumpkin pie.

Whereas the first Addams Family film focused too much on world building, Addams Family Values throws out any semblance of seriousness and dives headfirst into the ridiculous world that the gothic family inhabit. Part of the silliness involves taking the traditionally-Halloween focused family out of their element and putting them instead in a Thanksgiving setting. That means we get to see Wednesday gleefully burn down the Thanksgiving play in a nod to the loonier, and more macabre, origins of the family. Death and teenage drama surround the film’s plot, but it’s just an excuse for the film to pull out ridiculous sight gags and make fun of sappy Disney movies, making Addams Family Values the perfect balm if you’re feeling a little too sentimental this holiday season.

Here Are The Funniest New Girl Episodes To Cheer You Up

If you want to lean directly into the politically-fraught discussions that can come up during turkey time, The Oath is probably the most appropriate of all Thanksgiving Movies to put on. Centered around a family’s divisions that come with signing a government oath of allegiance, Ike Barinholtz amplifies the discomfort and awkwardness that most people dread about Thanksgiving. It’s a thinly veiled dig at our current administration, but the themes of family partisanship are timeless.

An animated film that somehow ties together a plot involving guerilla politics, time travel, and traditional indigenous representation, all through the lens of talking turkeys, Free Birds is one of many Thanksgiving Movies where concepts like subtlety and restraint don’t exist. Instead they’re replaced by a giant cast (seriously, everyone has a role in this movie, from real actors like Owen Wilson and Amy Poehler to basketball player Dwight Howard to the drummer from Tool, for some reason), a loose grasp on early-American history, and zaniness turned up to extreme levels. It’s a lot to stomach, but it’s sure to keep the younger kids’ attention for an hour or two.

Home for the Holidays

With a title that makes it sound like a precursor to the assembly-line Hallmark movies, Home for the Holidays is nevertheless a fascinating family tale full of real pent-up emotion that makes it the most realistic representation of a Thanksgiving family dinner ever put to film. The tense moments are balanced with comic relief, showing a multi-dimensional group of people that can fill in for virtually any member of your extended family who happens to show up for turkey. It also features a great post-Chaplin, pre-Iron Man performance from Robert Downey, Jr., his last before years of drug abuse put his career on a nearly decade-long moratorium.