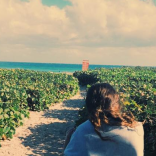 The Running Tips That Will Turn You From Beginner to 5K

For some people, texting comes easy. They know what to do when to do it, and how to do it– but for most of us, there are five classic mistakes that we make when we are texting someone. Here are five texting no-no’s you should be aware of!

1. Being WAY Too Excited

Sure, when you text someone you like or want to impress, it’s important to show interest, but how much interest is too much interest? As bad as it may seem, everyone likes someone who plays hard to get, so if you’re texting with too much enthusiasm (usually evidenced by too many exclamation points), you need to chill out.

It’s okay to be freaking out on the inside, but just try to play it cool and casual when you’re texting. Maybe it’s even in your best interest to take the auto caps at the beginning of sentences off to give off a more calm and composed vibe.

Similarly, it’s not just too many exclamation points or formal sentences that can make you seem way too eager to whatever person you’re texting, it’s also how fast you respond. It’s unattractive for the person at the other end of your texts to know that you’ve been glued to your phone waiting for him/her to respond!

Instead, you want to show that they’re not the focus of your day– being the cool person you are, there’s lots of other stuff going on in your life that take priority to their texts. Waiting at least 15-20 minutes before you respond to a text can make you seem busy which is very attractive!

Ah yes, emojis. While emojis have certainly made it easier to get the right point across, sometimes, we mistake cute for creepy or weird. Be careful as to what emoji you use when because it can really send the wrong message across.

Specifically, be very, very careful with winky faces, smoochie faces, or just the kind of smiley faces that make you look like a serial killer. (You probably know just the ones). Also, don’t go overboard with emojis either. Every text you send doesn’t need an emoji, so just keep it simple! Sometimes less is more.

4. Not Giving Enough Of A Response To Keep The Conversation Going

We’ve already emphasized keeping things simple, casual, and cool, but now, it’s time to focus on the other end of the spectrum. If you’re the kind of person who responds “nothing much you?” to texts, you’re probably making a huge mistake. There’s a fine line between coming off relaxed and cool and being plain standoffish.

These short, generic responses make it seem like you’re totally uninterested in the other person, making it impossible for him/her to respond. You have to give the person who is receiving your texts something to work with! Instead of saying “nothing much you?” say something like “binge-watching Gossip Girl… how lame does that make me?” Just give them something!

On the other end of this, it’s best not to reply to short texts. Even if you really want to talk to the person, not answering to these kinds of texts shows that you’re not willing to do all of the work, which is a very important precedent to set. Because really, there are two viable reasons a person is keeping things way too concise: either they’re not interested or they suck at texting, either way, it’s not your job to correct their mistake.

If they’re not interested, you should do yourself a favor by backing out, and if they suck at texting, not responding is the best way to send that message. Make them work to keep the conversation going if they really give a damn!

The Running Tips That Will Turn You From Beginner to 5K

Sexting Messages To Send Based On Your Zodiac Sign

15 Text Messages You Should Never Send To Your Crush

Calling VS Texting: When To Use Which

How To Text A Girl You Want To Sleep With