Being a fan of multiple different tv shows and movies makes it hard to pick out the right tattoo. Especially when there are just so many options to choose from. That’s why I made a list of some cute, aesthetically pleasing, and fangirl approved tattoos, from adventure time to marvel to studio Ghibli. Keep scrolling and maybe you’ll find some inspiration for your next tattoo of choice!

Adventure Time hands down is one of my favorite tv shows, possibly of all time! There are so many well developed characters, good plots, and fantastic lines. Not to mention all of the hard hitting topics within the show. There are some serious lessons to be learned from a cartoon once deemed “a kids show”. Besides, who wouldn’t want a BMO tattoo?

If pictures of the characters aren’t really your style, there are also plenty of good quotes to consider: “Everything Stays”, “Homies Help Homies, Always”, “You and I Will Always Be Back Then”. There are just too many options!

Along with quotes, there are some really interesting objects to help you show your love for the show, like any version of Finn’s sword! The first one is an iconic piece of the show, and personally, I will be getting that soon as well!

Personally, I am not a fan of Star Wars, but even I know how iconic the franchise is. My best friend’s first tattoo was of the Millennium Falcon! Along with really cool items to choose from, like R2D2, any color lightsaber, or the Death Star, there are also plenty of really cool tribute tattoos to Carrie Fisher as Princess Leia.

Here’s a throwback for you! The iconic mocking jay from The Hunger Games series by Suzanne Collins is something a lot of fangirls could relate to back in the day. We all just wanted to be Katniss Everdeen and we all wanted to start a rebellion. With the announcement of a new series underway, what better timing to get some tattoos of the mocking jay symbol than now! Let’s reignite the fire of the rebellion with some perminant ink!

J. K. Rowling united all of us as fangirls and readers with this series. The last movie about the books came out in 2011 and 8 full years later we are still getting new material (thank you Fantastic Beasts and Where To Find Them). There are so many good options packed full of meaning to get as a possible tattoo.

The Deathly Hallows symbol is a good one to start with, and not only is it super simple and meaningful, but it can also be a good matching tattoo to get with friends! Another cute option is the elder wand, or any wand for that matter.

You can also get a simple image of your house animal (mine is the badger), or if you’re feeling rather Death Eater-ish, you can get the dark mark on your forearm. The sky is the limit when it comes to harry potter tattoos.

Hands down the cutest option though is the Hogwarts silhouette, and works perfectly for both minimalists and potterheads.

Another hard hitting cartoon that captured so many hearts. Some unique tattoo options could be cookie cat, any of the gems, “if porkchops were perfect, we wouldn’t have hot dogs”, or even Rose Quartz’s shield!

What really makes this show mean a lot to the viewer’s are the songs and the lessons we learn, usually through Garnet. The song “Here Comes A Thought” has so many good lyrics that could double as a Steven Universe tattoo as well as a constant reminder to just breathe. With the new movie, the song “True Kinda Love” has a lot of other options to choose from as well!

The Season Five finale episode part with Steven fusing back together also makes an adorable piece of art for your growing collection, as well as the cliff from the credits. There are just so many options to choose from!

While the easy thing to do would be to find movie specific tattoos, we really should be talking about the general Disney ones! They are super adorable and perfect for the ultimate Disney fan. Not to mention that they make amazing matching tattoos for you and your Disney Parks partner-in-crime.

Some cute options are Cinderella’s castle or just some simple mickey mouse ears!

Studio Ghibli has granted us so many amazing movies with incredible animation that it’ll be hard to choose just one for a tattoo, from My Neighbor Totoro to Kiki’s Delivery Service and everything in between. My personal favorite is Spirited Away, specifically the little shoot sprites. What better thing to tattoo than those cute little guys! They about sum up Ghibli’s aesthetic and are also adorable!

With the shows fifteenth and final season starting, it just seems right to want to get a tribute tattoo for it. That’s a whole 15 years of sadness, heartbreak, and fake deaths that are about to end. Arguably, the most iconic thing to get a tattoo of would be the demon warding sigil, especially since Sam and Dean themselves have it. The show may be ending, but on the plus side, you’ll never have to worry about a demon taking over your body!

Last but not least, we have the great titan of the movie industry, Marvel. This one was hard for me to narrow down, but when it comes to cute and aesthetically pleasing tattoos, there is one character that comes to mind, and it’s Baby Groot. You can never feel sad if you have Baby Groot with you at all times, plus there are so many different pictures and drawings of him that if you don’t like this specific one, it’s super easy to find another.

When it comes to meaningful quotes, easily the best one to pick is “til the end of the line”, as Captain America’s relationship with Bucky was just so beautiful, and obviously the most important one in the eyes of the fangirl. I myself am a Steve and Bucky fangirl, so much that the picture of the tattoo is actually my own.

Which tattoo are you thinking about getting? Let us know in the comments! 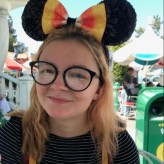 I am a junior Creative Writing major at Bradley University with a passion for Halloween, Starbucks, and poetry. I have had work published in my school's literary magazine Broadside, and have been a selected finalist for the Stein Academy of American Poets Award for 2019. I also have a strong hatred for capital letters, and if given the choice, will write everything lowercase.

12 Winter Jackets You'll Want To Be Wearing For Colder Weather

Healthy Habits That Changed My Life