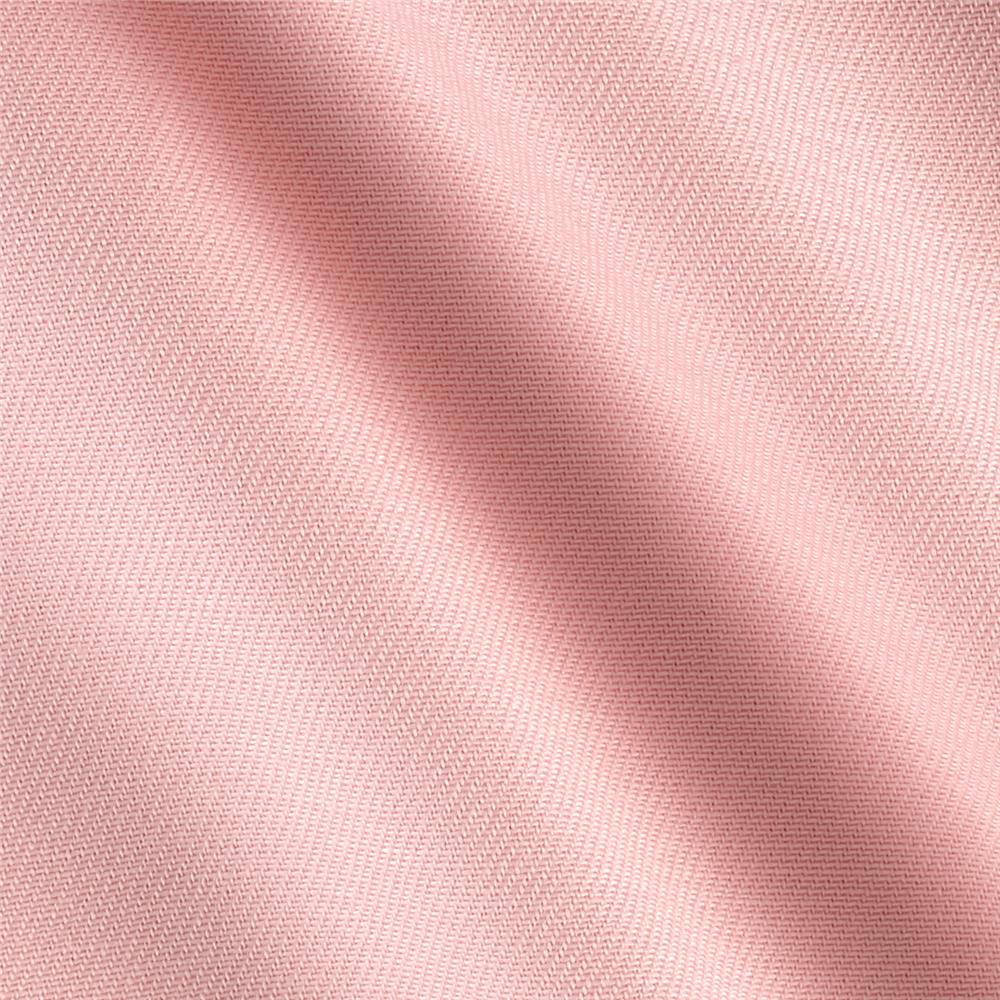 I currently attended Virginia Commonwealth University (VCU). I have a…

What To Do When You Don’t Like Your College

When you’re an incoming freshman you’ll have a variety of people telling college is about who you know and what you can you do but another important aspect of college is who you follow. Here are 10 VCU fashion students that had a lot to say about who/what inspired them in the fashion industry and advice to individuals that are interested in this competitive field. Here are 10 student Instagrammers from Virginia Commonwealth University that you have to follow!

She’s a VCU freshman majoring in Fashion Merchandising. She’s working towards her dream of becoming a stylist by styling for businesses like RiverCity fashion, College Fashionista, Rumors boutique, and an Etsy brand called ‘Lonely Pines’.  She’s hoping to launch her Youtube channel and style blog in 2017. When asked about who/what inspires her in the fashion industry here’s what she had to say:

“Honestly Monica Rose. [laughs] My love for fashion and it’s a different creative outlet to express yourself.”

This 18-year-old already has an idea about she wants out of her career, when asked about it she stated that; “I hope to open up a boutique in Manhattan and another one hopefully in England. I want to style people and provide fashionable clothes. […] I want to be buyer and eventually end up styling for big named models.

Josh is 20-year-old junior that has a passion for what he does. He owns a business called ‘BeyondTheNightLife’. Josh always bought and sold clothes growing up so starting a business was almost second nature for him. Josh stated; “Everyone always says find a way to make money doing what you love so I just worked it. I gotta pay my rent somehow.”

He doesn’t really have someone that inspires him in fashion, he wears what he deems fit. He realizes that being a college student on a budget only leaves him with a few choices so he thrifts and shops at flea markets instead of going to high-end stores.

She’s a pre-nursing major and currently dances for the hip hop team ‘Blank Canvas’. Her Instagram tells a story about all the places she’s been and the adventures she’s had. When asked about who/what inspires in the fashion industry Kaylee said that;

“[…] It’s a lot of people, but recently it’s been fucci, the guy who styled Gigi Hadid’s latest shoot and Christina Paik. As for what inspires me I really love street style and mixing casuals with more dressy things while also adding my own style to it.”

Eden’s a girl to be on the lookout for. She’s a self-taught makeup artist and currently models for the VCU organization Complex Models. When asked about how she would describe her style the quirky 17-year-old described it as comfy yet edgy, and kind of tomboyish’. Her style doesn’t show off too much skin and she tends to stray away from patterns that take away from her complexion and makeup. She got into makeup in 2011 or the 7th grade because of YouTube. She joked about how fashion came later for her because she dressed super ‘bummy’ in high school.

“I would say research! Watch YouTube, learn the ropes, and get on social media and put yourself out there! Always remember to take pics and study what you like/don’t like about your work so you can improve next time.” Eden states when asked about what advice she’d give to people new to this competitive industry.

Solleyha is a Fashion Design major. She designs her own looks and is a stylist for RiverCity fashion. She makes or revamp some of the outfits she wears. She recently just released her first lookbook video for her YouTube channel that debuted this month. Oddly enough it was her Bratz sewing machine that got her into Fashion.

When asked about why she started the YouTube channel this is what the 18-year old had to say; “Well I started to learn how to sew from YouTube so I wanted to give a little boy or girl the same dream.”

She listed people like Michael Castello and Palo Sebastian as her influences. She hopes to one-day design a red carpet gown for R&B artist Beyonce.

The advice she had to give to people trying to make it in this industry is; “There’s gonna be a lot of trial and error and even if you have the skill you’re going to keep on messing up but it’s important to keep on going.”

Her Instgram is living proof that this girl knows how to have a good time. Her music taste is as expressive and daring as her fashion. Her minimalist style would have an individual thinking they stumbled upon Thelineup or tothe9s Instagram pages. She describes her own style as streetwear with a twist.

“As Cliché as it sounds, I get on social media (mostly tumblr) and I see so much art and pieces of clothes that, in my head, I put together. It sounds weird but like everything inspires me if it’s bomb energy & appeals to my weirdness. My favorite artist is Jean Michel Basquiat and favorite model is Chanel Iman.”  She says when asked about who/what inspires her in fashion.

He’s a VCUart student, creative director, and photographer. He’s currently working on the senior art show ‘Highlight and Chateaux’ taking place in May. When asked about who/what inspired him as an artist here’s what he had to say:

“In terms of art, I don’t really look at visual artists for inspiration, maybe on a subliminal level through media. But I listen to a lot musical artists such as: Frank Ocean, John Legend  Blood orange, Erykah Badu, Lauryn Hill, Chance the Rapper, Beyonce and Solange. Which I transfigure into tangible art. Most of the ideas come from my own experiences and I use these artists to empower myself through art.

He went on to list designers like Ader Error, Miu Miu, and Maidon Margiela that inspire him in fashion. He incorporates their design aesthetic into art work and fashion. He’s also influenced by Fashion Makeup artists Pat McGrath and Oliver Rousteing.

10 Sports Moments From The 2010s That We’ll Never Forget

Anybody can tell by his Instagram feed that he’s challenging the current gender roles that are placed on young men. The 22-year-old senior said that he would like people to look inward and be more open to going against social norms.

“For a while the traditional idea of masculinity felt contrived for me but at the same time some things were too ‘feminine’ in the conventional sense. I’d say just do and wear whatever makes you feel pretty. It’s about finding happy mediums between masculine and feminine that feels right and I think that’s an important component to the whole gender fluidity/androgyny movement.” Ryan states when asked about what he would say to a young male that wants to confront gender roles.

She’s modeled for RiverCity and a few other people. Drew is inspired by Rihanna, Victoria Beckham, Karruche, and Sami Miro when it comes to fashion. She thinks an individual tuning into the trends they like will help them learn more about fashion. She says to just ‘ease’ into it.

Although she’s not a fashion major Jamila (Jah-Mil-Ee-Ah) is always serving looks. Her positive and extroverted personality is why a lot of people choose to surround themselves around her. She said that even though there might not be a lot of things to be positive about in college  (debt, classes, friends, etc) try to look for things that make you happy. The advice she’d give to an incoming freshman is to manage their time.

She wants freshman to know that it’s okay to be lost and confused because everyone is. College is all about experiencing new things so individuals should get involved and if they don’t like it, it’s a lesson learned.

Just by looking at Jordan’s Instagram feed you can tell that she’s a girl always on the move. However, her passion for fashion started right here on the east coast in her Aunt’s showroom in New York. She realized the industry was for her after spending countless hours in it.

“Look for ways to get their foot in the door (whether it being starting a blog, looking for internships, etc), keep in contact with any connections they have, and to be confident and consistent with their work.” The 19-year-old states about the competitive fashion industry.

Jordan was so inspired by other fashion bloggers that she decided to start her own called “Batitto Style”. Jordan posts monthly about her latest travel expeditions and outfits. “I love the idea of being able to express my style and have others be inspired by it. It gives me something I can create and share with others and feel proud of.” She states.

I currently attended Virginia Commonwealth University (VCU). I have a love for all the arts but currently focusing on Fashion.

What To Do When You Don’t Like Your College

12 Winter Fashion Ideas You Can Rock This Season