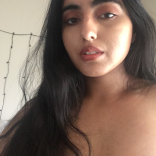 8 Wall Calendars You Can Hang In Your Dorm Room

Game Of Thrones has become THE biggest television show in the world! With fans all across the globe, there really isn’t a person who hasn’t heard of the show. Of course, there are those whose interest in Game Of Thrones has taken a step beyond the regular fan…crossing into ultimate Nerd territory. A Game Of Thrones Nerd knows pretty much everything about the show, and here are 15 signs you could possibly be one:

1. You can remember the name of every episode

A given for many GOT fanatics, being so into the show that you can remember the name of every single episode is a clear sign your interest in GOT has crossed over into Nerd territory.

2. You can remember the exact episode in which every character dies

For any true GOT Nerd, the moment in which a character dies (albeit rather common in GOT) is one to never forget, and being able to name that episode earns you higher than average Nerd points.

3. Your extensive knowledge of the families of Westeros is impressive

Anyone who watched GOT can name all the families, but a true Nerd’s knowledges of the families of Westeros is more than just a name – knowing each family member, and being able to provide a detailed account of the family history…not nerdy at all…

4. You when you get mad you mumble Dracarys under your breath

Like the Mother of Dragons herself, you subject anyone to death by fire – because of course you can summon a dragon using one word…

5. You understand the integral reason why there’s incest

Although may be off putting to many viewers (and rightly so!) as an official GOT nerd you understand the integral reason why there is incest, and how it allows the plot and characters to develop.

6. You make GOT memes in your spare time

As a GOT nerd it’s obviously your duty to spread the word, and what better way to do so than via memes? Every loves a good meme, and with so much action happening in GOT, there are plenty images to choose from.

7. You own a mug that has a banner of one of the houses on

8. You know the map of Westeros like the back of your hand

Any GOT Nerd knows the geographical charts of each Kingdom in Westeros, it’s a given!

9. You plan on naming your children after your favorite characters

10. You have, since watching the show, read all the books

A way for any GOT Nerd to improve their knowledge of the show is of course to read the books. It’s almost like a symbol of status, are you really a Nerd if you don’t read the books?

11. You dress up as GOT characters for Halloween

12. You reference GOT in conversations

It’s hard for you to partake in everyday conversations without referring GOT at some point, as a GOT Nerd, the show is always in your mind.

13. You HAVE to watch the latest episode as soon as it’s released or it’s literally the end of the world

Every GOT nerd must prepare physically and emotionally for the latest installment, which means cancelling plans, turning your phone on silent and gathering supplies in the form of junk food snacks – ready for the newest release.

14. You have joined a GOT Fan Club

Joining a Fan Club is like the ULTIMATE act of initiation into the cult that is the GOT Nerds. It’s a commitment beyond all others, and is definitely a sign you are an official GOT nerd.

Being a GOT Nerd is a commitment, and not an easy one! Remember, if anyone gives you sh*t about being a GOT Nerd – just mumble “Dracarys” under your breath…

10 Ways To Help Your Hair Grow Longer And Stronger

8 Wall Calendars You Can Hang In Your Dorm Room