1. You’re used to being called by your last name

Did you know that athletes are generally called by their last name because it’s more distinctive? If there are two or more people on your sports team with the same first name, you call them by their last names, so they’ll know who you’re referring to. Your jersey had your last name on it, so most people only knew you by your last name. You’d be surprised to learn that some former high school athletes don’t get addressed by their first name until after graduating!

2. You’re always watching the sport you played on television

If you were an athlete in high school, you can’t help but watch the sport you played on TV a lot. You also likely have a favorite professional athlete who inspired you or a professional team you once dreamed about joining. At first, you used to watch it for pointers on how you could perform better when you play, but now you get to actually enjoy watching the sport since you don’t compete anymore. Or maybe you still want to get some more pointers even though you don’t play anymore.

3. You feel nostalgic when you watch your old school’s sports team practicing

If you’ve ever driven by your old high school and saw your former sports team practicing, you’ve likely gotten hit with a nostalgic feeling. You remember all the fun (and not so fun) memories of staying after school and practicing with your teammates and doing what you enjoyed the most. If the nostalgia hits you hard enough, you sometimes intentionally go by your old high school to watch the student-athletes practice. The entire time, you might be thinking to yourself how that used to be you once upon a time.

4. A good amount of your wardrobe consists of your old jerseys

If you were a former student-athlete, you probably still have a ton of your old jerseys still hanging around. They come in handy if you need something to workout in! It’ll also be a precious reminder of the athlete you once were in high school. Sometimes you might even wear one of your old jerseys to run errands. That’s one way to show everybody that you used to be a proud athlete in school. Bonus points if you still have your “lucky jersey” that you wear when you need some good luck on your side!

5. A lot of your great friends were once your teammates

You and your teammates have been through a lot together, so it makes sense that you still keep in touch with some of them after your student-athlete days are over. Many lifelong friendships can form between people who used to play on the same sports team together. You already have a shared hobby and do everything you can to support one another, so it’ll make sense for friendships to start between teammates. Want to know what would really be fun? If you and your former teammates get together to play the sport you used to play in high school. It’ll be even funnier if you all haven’t played in a long time, but it’ll also be a wonderful bonding moment.

6. Certain conditioning exercises you did back then still trigger you

If you cringe whenever you hear “run shuffle run,” it’s probably because it brought you back to the not-so-fun student-athlete days. Some of the strength and conditioning drills your coach made you do were brutal, and that was the one thing you weren’t looking forward to when coming to practice. What’s even worse is if your coach punished the whole team by making everyone do pushups or other exercises you hated.

If you were an athlete in high school, it makes sense that you’re still a competitive person now. After all, you did use to compete for a few years. Sometimes that competitive energy just doesn’t leave! Former student-athletes are likely to turn every little thing into a competition, whether it’s who can get to the car first or who can finish folding all the laundry the quickest. And you don’t want to see a former athlete when they lose. You’ll never hear the end of it!

20 Signs You Went To A NOVA Private School

8. You talk nonstop about the sport you used to play

Even if others don’t feel like hearing it, you could go on and on once you start talking about the sport you used to play in high school. After all, you did use to be an athlete! This sport was a big part of your life at one point, so how could you not want to ramble on about it? You’d better hope that someone doesn’t ask you what you think about that one sport (or many sports) you use to play because once you start, it’ll be near impossible to get you to stop!

9. You enjoy going to your high school’s sports tournaments

Even if you don’t know any of the players on the sports team that you were once on, you still find joy attending the game. You might also be curious to see how the team is doing or if the coach is still there after you left. Also, let’s face it. You can’t help but call out any mistake that one of the players makes. You even might be thinking how you’d help the team out if you were still a student-athlete!

10. You often think about your glory days as a student-athlete

There might be a lot of things that remind you of when you used to be an athlete in high school. Passing by your old school, hearing the song you used to warm up to, or even seeing other young people playing the sport you used to play might bring you back to your glory days. You probably felt like one of the coolest kids in school if you were a student-athlete. Those were the days that you’ll always cherish and remember.

If you were an athlete in high school, which one of these do you relate to the most? Comment below! 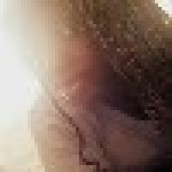 Take A Break From Coffee With These 10 Caffeinated Teas

10 Ways To Maintain Your Self Care

Creative Ways To Exercise Your Mind During Lockdown