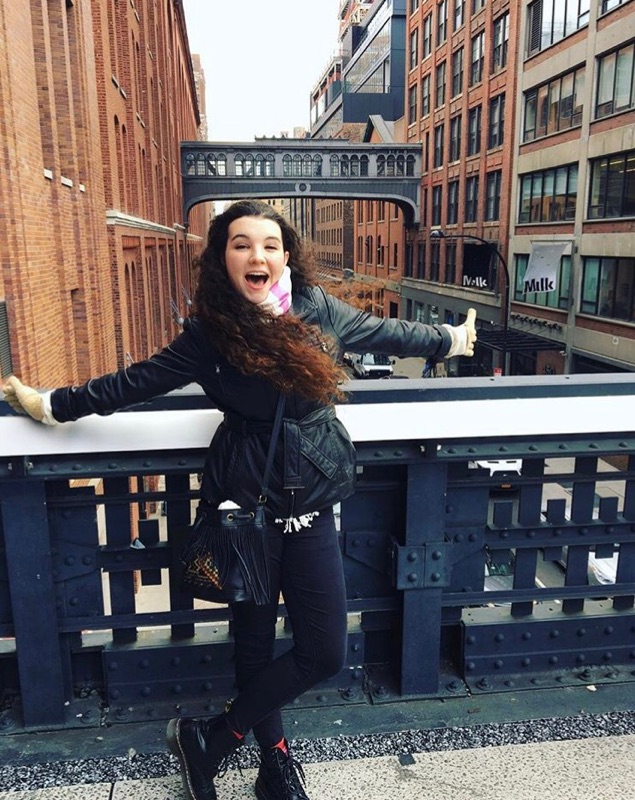 Home is where the heart is…or where the plastic surgery, Range Rovers, and Chanel bags are! Whether you’re a little kid, teenager, or adult you know the up’s and down’s of this (mostly) charming town full of country clubs, resorts and spa’s, five star restaurants, and (most importantly) its colorful characters! Here are 20 signs you live in Boca Raton, FL.

1. You see elderly couples push dogs around in strollers in the Town Center Mall.

While their dogs provide them with comfort and company, apparently these people have never heard of a leash…or they’re just too lazy to use one! Still, every town has its comical charms and the iconic demographic group of elderly people in Boca definitely makes people watching at the mall more entertaining!

2. There is pink everywhere you turn.

When I say everywhere, I mean EVERYWHERE. It actually has to do with Boca Raton’s origin and history! When Addison Mizner founded the city, he organized the construction of its first major landmark: The Boca Raton Resort and Club. He demanded that the entire hotel be painted his favorite color-pink!

Whether you’ve been called a “Boca B*tch” or have called someone else one, you know this term well. It describes the basic girl who orders Vanilla bean frappes at Starbucks (with extra whip of course!), has been caking her face with makeup since she could walk, possesses a pungent sense of entitlement, flaunts her designer bag when at the mall, and literally recolors her hair every week to make sure it stays perfectly “Ombre”…she also happens to have A LOT of luck with guys.

4. Everywhere you turn you happen upon a deli.

Boca is a town known for its small family businesses and abundance of chains. When it comes to the delicatessen, we don’t mess around! If you’re ever craving a hot bowl of Matzo ball soup or some bagels and schmear, come on down! My personal favorites are Too Jay’s and Flakowitz.

5. The highway I95 between the Glades and Yamato road exits is a parking lot.

When it comes to morning traffic, the struggle is real…too real. Do yourself a favor and take back roads to school or work!

6. Many of the moms look like they’re too young to be moms…and it’s not due to age.

Some people say its because of the Boca’s fabulous gym facilities in all of the Country Clubs, but let’s be real-this town is right up there with Beverly Hills in the Plastic Surgery industry, teaming with 40 year-olds longing to be 20 again! At least we know they’re getting their money’s worth.

Did I mention Boca is teeming with plastic surgeons? How else do you think these women look so good?

8. You see too many 6 year-olds with iPhones.

What else would you expect from a town full of surgeons, attorneys, and CEO’s? After all, these kids need a way to stay in contact with their nannies!

9. You know EXACTLY where Ariana Grande grew up…you may have even seen her at the Town Center Mall!

I actually went to middle school with her next-door neighbor! Still haven’t met her though…

10. You have been to AT LEAST 5 Bar/Bat Mitzvahs (before having your own).

Whatever you have heard about the Jewish demographic of Boca is true… well, mostly true. While not everyone is Jewish, many people are. I’m pretty sure I went to more Bar or Bat Mitzvahs in middle school than sweet 16 parties in high school! You could say the Jewish population played a big role in my middle school social life!

11. You know that there is a MAJOR difference between East and West Boca.

Maybe another time I’ll provide the Venn diagram, but here’s what you need to know: its old money vs. new money and expensive homes by the beach vs. expensive homes in gated communities.

12. The majority of the people you know live in gated communities.

Maximum security at all costs!! Literally. Boca is probably the safest place I know due to the large installments of gated communities! As an East Boca gal, I always loved visiting friends in gated communities. Why? I liked learning all of the names of them. In fact, let me list off the most exclusive gated communities in our lovely city: The Oaks (actually ranked one of the most expensive in the country), Royal Palm Yacht Club, Woodfield Country Club, and Boca Falls. See? Told you I loved learning the names.

13. You go to school with children of world-renowned surgeons, athletes, or rock stars.

No joke, guys. John Bonham, former drummer of legendary rock band Led Zeppelin, has a grandson who attends North Broward Prep School! The family also happens to live in one of the most expensive gated communities in the city.

14. During the holidays, Christmas = Hanukkah and Hanukkah = Christmas!

In Boca, if you celebrate one you might as well celebrate the other. In this city everyone’s a little bit Jewish…or a lot.

15. Your road rage is ten times worse than everyone else’s.

In Boca, people don’t know how to drive…not safely anyway. There is always traffic on I95 and an accident on almost every road. People also NEVER use their turning signal, they cut each other off, they don’t get off their phones, and as much as we love them, our elderly folk can’t drive…at all.

16. No one knows the ultimate definition of “F*ck boy” better than you.

Just ask any girl who goes to Boca High or Spanish River High; these boys tend to be rich, popular, cocky, and they really get around the block in spite of their enormous egos. While this is the stereotypical “F*ck boy”, Boca boys have just a little more spice; they sport Sperry’s and Vineyard Vines, wear an unnecessary amount of gel in their hair, and usually rev the engine of their brand new Porsches VERY loudly on the highway. They’re also very pretty…and they know it.

17. Your first car could very well cover your college tuition.

“Now will that be a BMW, a Mercedes or both? What the hell, get both! The Mercedes can be my back up!” Keep in mind some of these kids STILL manage to go to out-of-state private schools!

18. You have been cut multiple times in lines at the mall, Starbucks, or parking lots.

19. Whenever you tell someone where you live, they say, “Oh, my grandparents live there!”

It’s bingo night at the “Boca Del Mar Club”- a community dedicated to serving those who are 55 and older! Yeah, we know. Our city attracts the old people. Why else would you see “The Early Bird Special” on every menu?  We love our baby boomers!

20. Rare is the person that actually avoids displaying their “wealth”.

Not a day goes by when you don’t see perfectly fit women carrying Louis Vuitton tote bags or little girls wearing Juicy Couture everything. We are the Beverly Hills of Florida! I still don’t understand how we don’t have our own “Real Housewives” show.

What are some other signs you live in Boca Raton? Let us know in the comments below!

20 Signs You Went To An All Girls Private High School

How To Start A Garden With No Backyard

Making The Most Of Living At Home — Again

5 Fall Candles To Keep Your Space Cozy All Season Long