We’ve all those had those times where someone asks where you’re from. Some might say they’ve lived in so many places that they don’t know where they came from. Some people might even say that wherever they were born is where they are from. The possibilities are endless. However, if these signs apply to you, you probably grew up in Virginia.

1. Knowing Virginia weather, your closet consists of outfits for ALL FOUR SEASONS

Monday looks like it’ll be in the mid- 90’s and sunny, but by Thursday it will drop below zero and snowing. Yeah, it sucks.

2. You always took school field trips to Presidential houses (There’s like seven of them)

From Jefferson to Monroe, you’ve seen it all, but you wouldn’t give it up for anything.

3. Your favorite road trip past time is trying to read license plates.

Especially when you know they’re supposed to make a word or sentence, but you just can’t put your finger on it…

4. Speaking of license plates. As soon as you see a plate from Maryland on the interstate or highway, you’re ready for the intense road rage that is about to ensue.

There’s no way to even explain the innate anger. It just happens.

5. In order to address people, “Y’all” is both formal and informal.

I mean seriously, how else are you supposed to get their attention?!

6. These are the gas stations you ALWAYS begged to stop at on a road trip in VA.

Finding one of these made you feel like you found the secrets to the universe. Breakfast, Lunch, Dinner, and Gasoline. What more could you want? Also, did I mention it’s also a convenience store?

7. The only tea you ever knew was sweet and that’s the way it should be.

Anyone who thought differently was to be shunned.

This was either meant as a sign of sympathy or the,” Wow, I can’t believe you’re that stupid”.

9. You got used to everyone asking what, “Virginia is for Lovers” meant.

Even though you wanted to strangle them, you always looked them straight in the eyes and said, “Bless your heart”.

10. Having snow days regardless of actual snowfall

I mean let’s be real, whether it was half an inch or half a foot, you still didn’t go.

11. Always wanting to live on the Eastern Shore

Admit it, whenever you went to Chesapeake or Virginia Beach, you always thought about faking your death and starting an entirely new life.

12. Being asked the difference between West Virginia and Virginia

Northerners always seem to blow our minds with their off the wall questions. Yes, ma’am, that’s correct, West Virginia is INDEED a DIFFERENT state. We don’t talk about them here too much…

13. Your summer activities included swimming in the biggest lake/river you could find

Either Shenandoah River or Lake Anna, we hold both true and dear to our hearts.

14. Whenever the annual game came around, you were either a Hoo or a Hokie

There were no “neutrals” or “it doesn’t matter” because in all reality, it really really matters.

15. Some days you had your heat and AC on the same day OR at the same time

Remember how I said Virginia weather is crazy? There’s no lie about it.

16. Having to explain our flag to people from out-of-state

Yes, sir, I’m well aware that the woman is showing her breast. Yes, that man is dead. No, he was a tyrant.

17. Kings Dominion was the Disneyland of Virginia when you were a kid

The words, “discounted tickets” made your entire body get cold chills.

18.  Thomas Jefferson anything gives you life

We literally get to brag about him all the time. Writing the Virginia Statute for Religious Freedom and most importantly, THE DECLARATION OF INDEPENDENCE OF THE UNITED STATES! Are you kidding me?! This dude was awesome!

19. Always bragging about being the first permanent colony by England

Sure the Spanish had St. Augustine, but we own it now so HA! Also, Deleware brags about being the first to ratify the Constitution, if it wasn’t for us, there wouldn’t be a Constitution.

Do you have any other signs you grew up in Virginia? Let us know in the comments below! 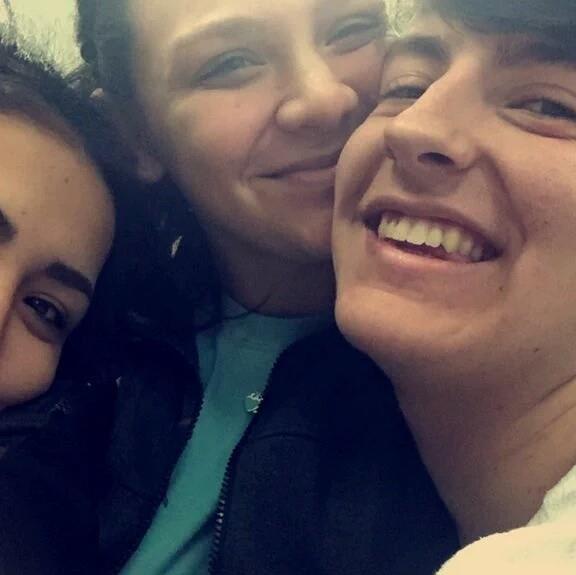 I am an avid reader and dog lover. Love to travel ( so generic, right?). Majoring in Biochemistry. If you have ideas you'd like me to write about please email me!

10 Questions You Should Ask Someone Before You Start Dating Them

5 Jaw-Dropping Scottish Airbnbs You NEED To Stay In

12 Things You Only Understand If You Grew Up In Bristol, Tennessee