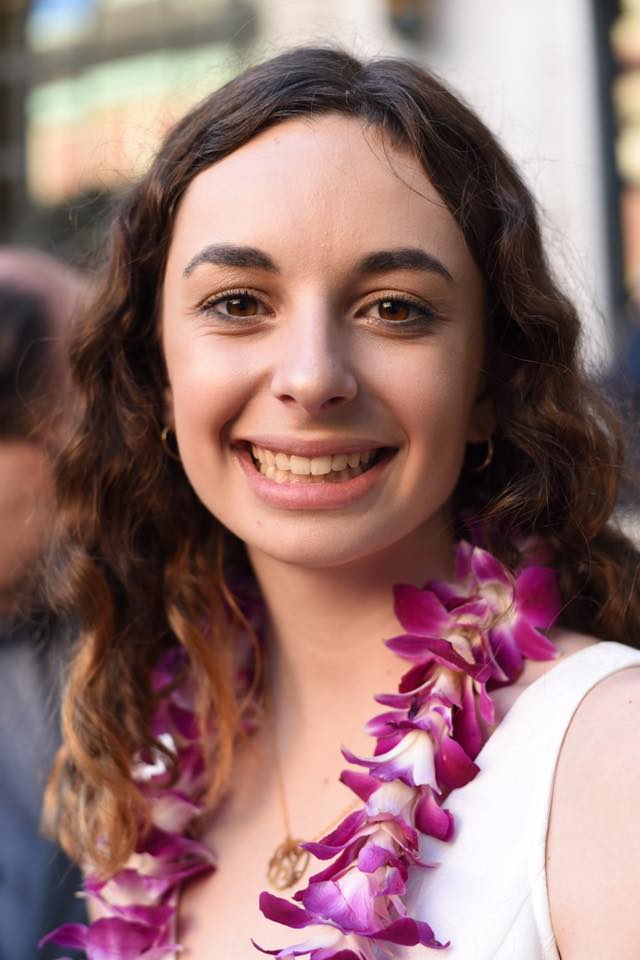 Isabella was born and raised in San Francisco but will…

As a San Francisco native, I am excited to leave home for college but also getting sentimental about my city. Even though the city has evolved a lot, there are tons of things still standing in San Francisco that make bay area born kids reminiscent. Here are 20 things every person who grew up in San Francisco will definitely remember and relate to.

No matter what neighborhood you lived in, you could not avoid the monstrous hills this city had. Walking up tons of hills definitely made you stronger and helped tone your booty. Every San Francisco kid probably has memories of parents speeding down hills like they were rollercoasters or running up the concrete steps built into hills with crazy inclines.

2. You went to the beach at least once a week

With three major beaches in San Francisco, every day was a perfect beach day. Unlike Los Angeles, the beaches weren’t always warm and sunny but they always had beautiful views, cute dogs, and tons of sand. As teens, the beach was a perfect spot to hang out on weekends and you always had the perfect pair of shades for the sun.

It's official. I have finally moved to the Outer Sunset. I believe I will like it here very much.

San Francisco, unlike the rest of California, is not usually very warm or sunny. You knew that the fog, Karl, could roll in at any moment and that the weather in every neighborhood varied drastically.

Karl the Fog was a household name in San Francisco. Everyone in your social circle followed Karl’s journey across the city and even tagged him in their photos of fog.

San Francisco has 2 seasons: me and anything else. I don't like to talk about that other awful time of year so let's focus on the best part which thankfully begins today. Happy June Gloom, you guys. It feels good to be home. #fog #fogstagram #fogaholics #ggb #sf

San Francisco is after all a city and it was rare all your daily activities were in one neighborhood. Your school could be in the Panhandle, your house in Noe Valley, and track practice in the Outer Sunset, which all meant lots of commuting to just get through the day.

With commuting everywhere came dealing with traffic. Traffic was ten times worse once the tech boom started. If you were late to school you could guarantee a Google, Twitter, or Apple bus would make you even later.

7. You were forced to make a mission

No matter what school you went to, private, public, or catholic, you were forced to create a model of one of the missions in California. If you were smart, you chose the San Francisco mission and made your parents take you there on the weekend for some inspiration.

8. Museum field trips were a bore

With tons of museums in San Francisco, every field trip revolved around visiting either the De Young, SF MOMA, or Legion of Honor. Even if you were a huge art lover, every field trip had a boring docent, pre-packaged sandwich, and tons of standing to make you resent museums for the rest of your existence.

9. You probably fell asleep in the planetarium at the Academy of Sciences

Once your teacher had taken you to all the museums in San Francisco it was finally time for a field trip to the Academy of Sciences. While this was probably one of the best field trips of the year, it did include the mundane planetarium. Every year at least half of the class fell asleep in their museum issued t-shirt to the starry sky in the planetarium.

10. You spent weekend at Zeum or the Exploratorium

Before the Academy of Sciences, Zeum and the Exploratorium were the coolest places to be on weekend. Your parents loved taking you here because they could let you roam free and play with all the hands on exhibits. Kids now, don’t even know what Zeum is or where the Exploratorium used to be.

The pier got old very quickly. It was full of tourists, street performers, and over priced trinkets. The only reason you would ever visit the pier was if a relative was in town, you wanted to eat mini donuts, or you wanted to go to In-n-Out without leaving the city.

12. You have been scared by the Bush Man

At one point or another, you were mid stroll to In-n-Out and then the infamous Bush Man jumped out and scared the pants off of you. No matter how much he petrified you, when the Bush Man passed away the entire city mourned like it had lost a loved one.

Whether you preferred Bi-Rite, Humphry Slocombe, Mitchell’s, or Ghirardelli, ice cream was always on the menu. You knew where ice cream was no matter what neighborhood you were hanging out in.

14. You mostly drank in public places

High school students often lived in apartment buildings or were surrounded by neighbors, so house parties were hard to come by. You knew all the spots for day drinking or a late night kickback. Some favorite spots were Stern Grove, Dolores Park, and Ocean Beach.

15. You went to at least one civic center parade

In high school, you went to either Saint Patrick’s day or Pride decked out with spandex shorts, face jewels, and beads. Civic Center parades were another great example of public places to drink.

16. You either loved or hated eco-friendly culture

There were two camps: the vegans who drove around in a Prius and only wore clothes made from recycled material or the meat eaters who often got in fights for throwing a compostable fork in the black bin. Often the tree huggers were the majority in San Francisco.

17. You were always outside

Even if you weren’t over the moon with eco-friendly stuff you never took for granite the awesome outdoor sights in San Francisco. While the beach was always an option, so were Land’s End, Golden Gate Park, and the Sutro Baths.

18. You knew cable cars were overpriced

Cable cars were cool when you were in Kindergarten and then you quickly out grew them. If the lines and crowds weren’t enough to scare you from taking them so was the price. You quickly learned it was free and a better source of exercise to just walk the hills instead of riding a cable car full of tourists.

Earlier this evening I was in Russian Hill where I caught this view of three cable cars with Alcatraz in the background. As I was taking this photo, 'Running up that Hill' by Kate Bush began to play on my Pandora app – it felt very appropriate in the moment. Oddly enough, that is one of my favorite songs of all time. 😳 Anywho, hope you all had a great day! 🎉🎊 ______________

It’s not hard to generalize San Francisco, and say most of the population was pretty liberal and embraced diversity with open arms. Growing up you knew people of all races and religions. You also always benefited from the diverse cuisine the city had to offer.

The epitome of San Francisco, the Golden Gate bridge never gets old. No matter how much you whine about all the lame tourist attractions in your hometown, you will always miss the beautiful bridge. Every time you come home, you always fit in a drive across the bridge or at least a trip to twin peaks to look at the bridge from afar.

What are some other signs that make it obvious you grew up in San Francisco? Share in the comments below!

Isabella was born and raised in San Francisco but will be a member of the class of 2021 at the University of Kansas. She is majoring in political science and hopes to pursue a career in policy. She hopes to rush a sorority and cheer on the Jayhawks at every game.

10 Signs Your Relationship Is Getting Serious