Let’s be real: growing up in any borough in the City That Never Sleeps isn’t always as great as it’s hyped up to be, but it has its perks. There’s a special bond between people who grew up in New York because of quirks people tend to pick up. Keep reading to find out 20 signs you grew up in New York City!

It’s not even referred to as Manhattan either. Whenever you tell your friends who aren’t from the area stories, you’re immediately asked, “wait…New York City?”

2. Speaking of the city: Times Square? A no-go.

When you’ve lived in or close to the City all your life, the appeal of the bright lights and tons of people fades and gets kind of annoying. Rachel Berry gave us all the wrong impression. SOHO, anyone?

You can spot them in a crowd and they’re so easy to be found. There’s a time and a place to take pictures and it is so not the middle of the sidewalk during rush hour. You can be a visitor in a different country and be a tourist and you’d still say, “Ugh…tourists.” That’s the toll they’ve taken on you.

4. People say you walk too fast.

You may be tired of that hustle and bustle, but let’s be real, you can’t stop yourself from rushing from one place to the next. This is a prominent one of the signs you grew up in New York City.

Yeah, they’re everywhere. They stop your traffic. They’re annoying to catch. Why use them when you’ve got perfectly good legs, subways, or busses to take you around. They’re kinda like Uber’s grandpa: backed up, but the OG.

6. Cars stop for you, not the other way around.

I mentioned the rushing around, right? When you’re trying to get to your destination in time and beat the people traffic, you have to run when your light is red. This bad habit continues wherever you go. Connecticut drivers might not feel the same way about your  jaywalking as New York drivers might.

7. Everyone says you’ve got a heavy accent.

It’s the perfect NYC stereotype. Everyone thinks of the Robert DeNiro or Al Pacino accent, but you don’t hear it. People even say they can see the accent on our lips when we speak. Someone once went as far as to tell me that I had the same accent as Jennifer Lawrence in American Hustle. Still don’t hear it.

Hiding the accent is pretty easy to do when you need to and when you’re not in your home, but some words can be hard. They make you let out a little slip. Those hard o’s and a’s make it hard, so maybe you better ask for a glass of “H2O” instead.

9. You can be brutally honest.

Maybe this one is just me, but most people here don’t have time to sugar coat things. It’s just easier to get it all out when someone asks for your opinion on something. It may not be what they want to hear, but the truth is the best. This is a given when it comes to known signs you grew up in New York City.

10. When people use NY slang wrong, you get kind of uncomfortable.

“Cop”, “mad”, “frontin’”, “wavy”, and “sus”, to name a few are some of those words that every New Yorker knows as basic slang. It’s mad irritating when you hear someone butchering its use. To find some more and figure out what they mean, click here.

Meeting people from New York means meeting people who think that a place that is about 2 hours away from NYC means they’re still “part of the City.” It doesn’t count. That is far, you don’t know what’s going down in our parts.

I’m sure there’s similarities between the two, but being in New York City and anywhere surrounding it is like living in not just one kind of culture and habit, but a mix of them because there are so many people in the City that it’s hard not to find something different than you will somewhere upstate.

13. Being born in NYC and moving to NYC are very different.

When you say you’re from New York, people usually assume you’re born there. There’s a sort of science when it comes to navigating the City and NY Natives have come to know it as second nature. It takes time and a lot of practice. This truly is one of those the signs you grew up in New York City.

No, I didn’t make a mistake. It’s not Long Island. Staten Island is that fifth borough that no one really knows about, whether you’re in NY or in any other state, really. There’s a reason why it’s free to get there.

10 Memories Of Growing Up In Culpeper Virginia

15. You go to New Jersey, or “Jersey,” for all your shopping mall needs.

I live in Staten Island and our mall kind of sucks. As good as the City is, sometimes you don’t want to go all the way there from another borough to do your shopping. Jersey is the best route to go because they have a bunch of malls and outlets. Outlets have discounts, if that’s not a reason to go.

We all love shows like Law and Order: SVU or Blue Bloods, so when they air it’s a great thing to watch. But when they’re filming? Well, that’s a whole different story. The commute is absolutely atrocious because there are certain streets you can’t go on because they’re closed for filming. Hey, at least you can sometimes be an extra!

There’s so many forms of transportation in New York that having your own car is kind of a waste. Help the environment a little bit. Public transportation, people!

Depending on where you are, there’s either an abundance of Starbucks or Dunkin’ Donuts, or Dunkin’ for short. Different price points mean different tastes, which has led to a battle of which chain is better. (Answer: it’s Dunkin’).

19. New York pizza is the best kind of pizza.

New York has its residents very spoiled when it comes to pizza quality. Not every state makes pizza the same. It all tastes different. There’s nothing better than a hot piece of authentic New York style pizza.

20. No matter where you go, you know you’re always meant to be in New York.

You rarely ever want to leave your city because it’s home to so many diverse groups of people. They don’t call it the melting pot for nothing. There’s something for everyone and you can forever call it home, no matter where life takes you.

Let us know what you think about signs you grew up in New York City in the comments below! 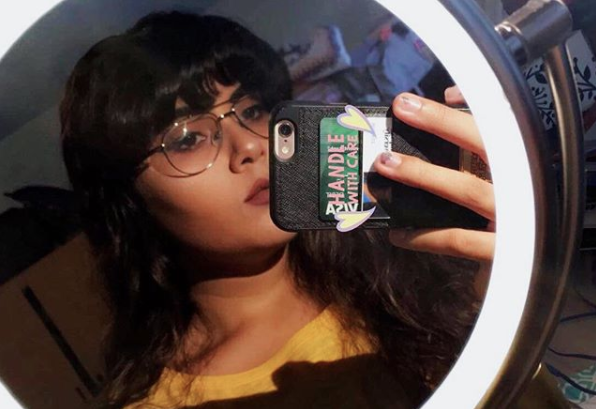 10 Hookup Tips You Should Already Know

The Details On What NOT To Wear To A Job Interview