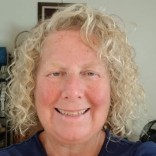 Whether you are a Gen X, Millennial, or Baby Boomer, if you grew up in Lewiston-Auburn you view crossing the Androscoggin River as a division between these twin cities and each as its own community — even though the bridge was built in 1823. The rivalries between the Edward Little Red Eddies and Lewiston Blue Devils high school sports teams perpetuate the divide. However, those who are from “away” see it as it truly is and should be – one community with an interesting history, undeniable character, and people with a fighting spirit. You can’t talk about one twin without mentioning the other. Here are some other sure signs you are “from here” and not “from away.”

1. You know that the St. Peter and Paul “church” is now a Basilica.

When you were little you thought this massive building with spears was a castle. As a teen you finally attended a church service in Latin just to see the inside. Now you enjoy the lighted spears dominating the skyline as you travel from work and class.

2. You had an English class at Ivy League Bates College while still in high school.

Renowned throughout the world, Bate College has a great reputation as an Ivy League college and boasts a diverse international student body. One of the perks of being in high school honors English in the Twin Cities is having the opportunity to take that class at Bates. Of course, you’re not a stranger to Bates because you probably visited the Olin Arts Center on a field trip, attended a concert or lecture on a date, or you got your first taste of college life when you ate with your parents in the dining hall as a child. Great food, reasonable prices and a variety of cuisine choices served daily make this a favorite “restaurant” spot for locals on a budget.

3. You remember when the Auburn Mall wasn’t on Dead Malls.com

This was the place to hang out on a Friday night with friends. Your parents would drop you off for a few hours to shop. Now the store fronts are filled with gyms, bank telecom centers, and the owner’s motorcycle relics. On-line shopping hit this area hard, however, its anchor store, JC Penney, has been known to be the chain’s strongest store in the region.

4. You learned to ski at Lost Valley

Originally owned by a farmer who designed a rope tow to pull his kids up the mountain, Lost Valley is one of Auburn’s cherished gems. If you grew up in L-A you probably learned to ski on this small, but challenging mountain. You might have even entered the Mountain Dew Races as young as three. Getting a season pass and new ski equipment was the highlight of your Christmas each year. For many years you dreamed of becoming an Olympic skier since so many Olympian’s got their start on this small mountain. Night skiing and a five minute drive from the city center make it possible to ski every day from December to March, regardless of your work or school schedule.

5. Lost Valley has renewed your interest with their new brewery.

Lost Valley is more than just a ski area. They have added their on brewery and hope to have a building soon for people to tour and watch the brew process. They have a number of events year round posted on their Facebook page.

A sure sign you grew up in L-A is if you had hockey practice at 5 a.m. before school. L-A is known as a big hockey community and reveres it’s Tier III Junior Ice Hockey team – The Nordigues. Home games are played at the Androscoggin Bank Colisee. Another Junior Hockey team – Twin City Thunder – began playing out of the new Norway Savings Bank Arena in Auburn this year. Youth and adult hockey practices and games fill up the remaining time slots. Of course, if you didn’t play youth hockey, you’ve probably dabbled in it with friends on one of the many public outdoor rinks during the winter months.

7. You’ve done the River Walk at Great Falls at least once.

A paved path beginning at West Pitch Park, located behind the Hilton Garden Inn River Watch, winds along the Androscoggin River under the Longley Bridge and behind Festival Plaza. It continues along to Bonney Park before crossing over the river to Lewiston’s Simard Payne Park via the footbridge, a former railroad trestle. From here you have to take the sidewalk on Longley Bridge to conclude the loop. If you work in Auburn’s downtown, you may have attended a concert at lunch in Festival Plaza. If you grew up in L-A you might have taken the path at least once during the Great Falls Balloon Festival held in August or used it to catch a glimpse of Patrick Dempsey during the Demspsey challenge held in early fall. You also know the dangers at West Pitch Park – do not climb out onto the rocks because the dam could be released at a moments notice.

One of the most scenic spots on the Androscoggin River, this bridge connects to a park on either side. On the Auburn side, Bonney Park offers playground equipment for the kids, while Simard Payne Park on the Lewiston side offers fishing spots and an array of sitting areas for chilling out. It’s also a great spot to watch participants in the Androscoggin Land Trust Annual Canoe and Kayak River Race, held in June.

For over 20 years, hot air balloons have launched from Simard Payne Park during the Great Falls Balloon Festival held over the third weekend of August. Although the balloons also launch at 5 p.m. on Friday and Saturday, you and a group of friends rolled out of bed at 5 a.m. to see the colorful balloons floating over the mills with the sun rising and reflecting from church spears. You went back to bed so you could get up in late afternoon and head back to the park for the concerts and to eat fried dough.

10. You avoid the Tree streets whenever possible

Anyone growing up in Lewiston knows to avoid the streets with tree names at night and whenever else it’s possible. If you check the daily police log in the local paper you learn quickly that many of the local crimes are either committed on these streets (like prostitution and assault), or people committing the crimes live on these streets.

11. You have a photo of Patrick Dempsey.

You begged your friends and family for money in order to participate in the Dempsey Challenge and  rode your bike for  25 miles just so you could get a picture at a rest stop with the famous “Dr. McDreamy” actor formerly in the Grey’s Anatomy TV series. Now you ride for fun and to raise money for the Dempsey Center that supports people in your community challenged with battling Cancer.

12. You know Cynthia McFadden grew up in Auburn.

It’s been many years since Cynthia McFadden, currently senior legal and investigative correspondent for NBC News, lived in Auburn. If you know this you probably grew up in L-A since it’s not a well known fact. She became a household name when covering the O.J. Simpson trial as a legal correspondent for ABC News in 1994. McFadden is Executrix of Katharine Hepburn’s estate. Locally she is known as a girl who was a serious student with drive and ambition.

If you still don’t know the location of this small museum full of local archives and artifacts, you probably grew up in L-A. Located on the fourth floor of the County Building, most people “from here” don’t know it’s there. If you have had the need to search for old photos or family genealogy you may have discovered its treasures from Civil War uniforms to old dental tools, and so much more.

You’ve read at least one Stephen King novel because Durham, where Stephen King grew up and hung out in the cemetery, borders Auburn; and Lisbon, which borders Lewiston, is a setting in one of his books. King, a national bestselling author many times over, currently lives in Maine two hours north of L-A. His books have also been made into movies, for example The Shining, and Carrie.

While Auburn-Lewiston may be short on clothes stores, there are still a number of shoe stores. In its hay day the shoe industry was rocking in L-A, even making national news with the famous shoe strike of 1937 and the first white-canvas shoe with a leather sole. It once had over 35 shoe repair shops and by the 1990’s there were only two. There is still one on Center Street if you have an old pair of shoes or boots you don’t want to give up.

What do you think are some signs you grew up in Lewiston-Auburn? Tell us in the comments!