You may think of Charlotte, North Carolina as the second biggest banking capital of the United States, the City of Young Professionals, or even just the location of your upcoming summer internship but this booming city and its residents are unique in its own right. Here are 15 signs that you grew up in the Queen City:

1. You refer to the downtown area as “uptown”

Many Charlotteans are unaware of where this trend originates, however, when incoming visitors refer to Charlotte’s central hub as “downtown”, they are quick to be corrected by its prideful inhabitants. Some would assume that the moniker sounds “classier” or has to do with the fact that Uptown Charlotte is situated on a hill. Guessers of the latter actually aren’t completely wrong! Back in colonial America, Charlotte’s uptown area was a large trading hub for the Native Americans because it was the point of highest elevation. Additionally, in the mid ’70’s, a city council proclamation officially adopted the term “uptown” and the rest is history…

2. You are completely OBSESSED with football

…and not just football- the Panthers specifically. Cam Newton has become a household name for good reason and it would come of no surprise to see him shopping in Southpark Mall on a casual Saturday afternoon. If you grew up in Charlotte, there is no doubt that you bleed black and blue. And for those far and few non-football fans residing in Crown Town, let’s be real, you even root for a Panther’s victory because it means discounted donuts at Krispy Kreme #keeppounding. 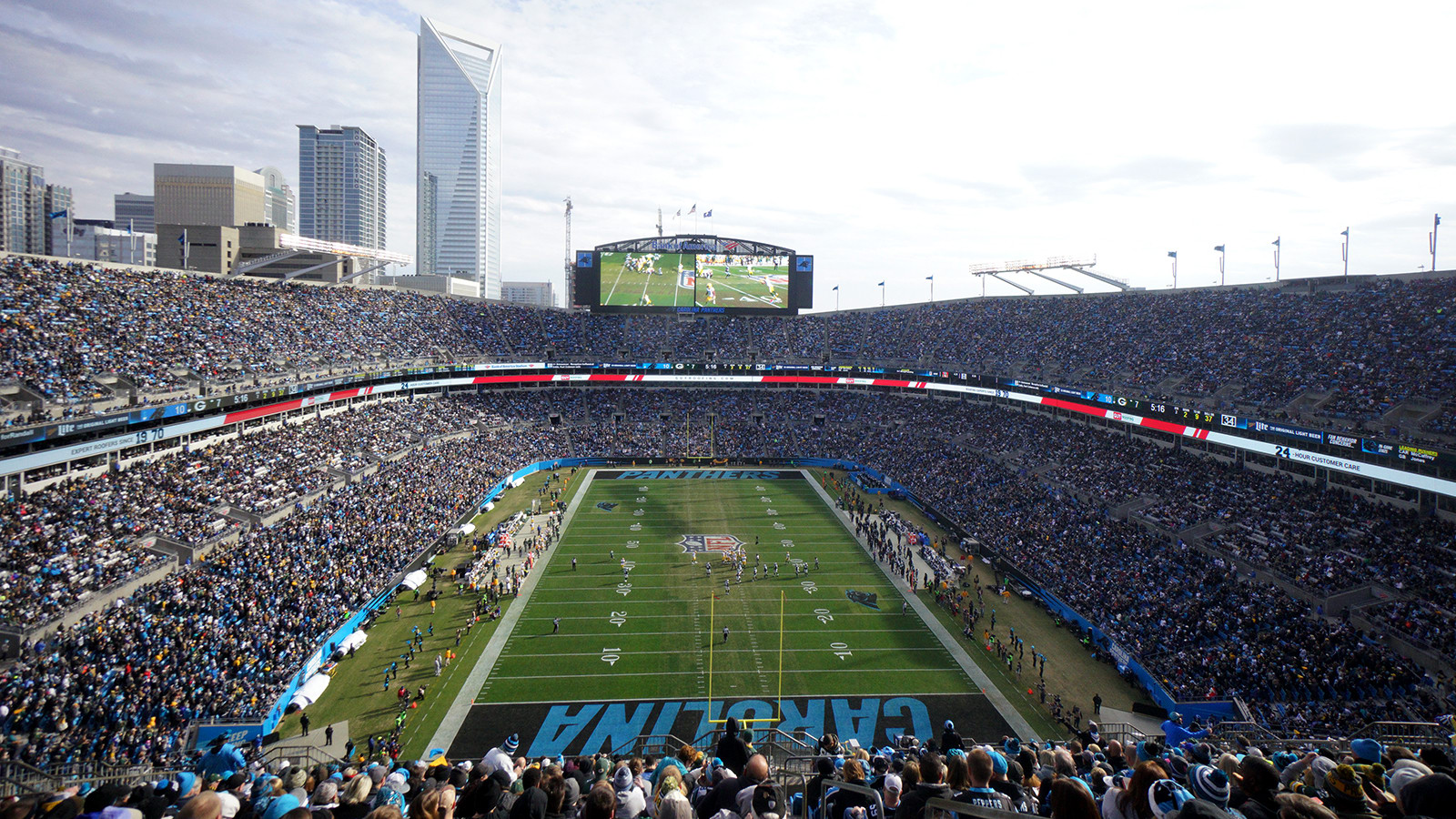 3. You eat at Cookout religiously

Where else can you get a quality burger, corn dog, AND fries for around $5? The coveted “cookout tray” was probably your go-to meal immediately after your high school football game because Cookout is cheap, accessible, and open all hours of the night. Others can only dream that this North Carolina gem spreads to their city or town in the near future.

Northerners will stand behind Dunkin’ Donuts until the day they die but that’s just because they’ve never had Krispy Kreme’s yeast, original glazed donuts. If you are from Charlotte, you know how difficult it is to just drive past the glowing red “hot” sign signaling freshly made donuts (and if you’re a true Charlottean, you probably have the hot light app).

*Note: for all of you unapologetically basic people out there, I suggest trying their seasonal pumpkin spice donuts*

5. You drive to South Carolina for gas

Gas prices in Charlotte aren’t terrible but if you’re looking to save 10 to 20 cents per gallon, a Charlotte native will probably direct you to Fort Mill, SC. Let’s face it, if there’s anything that South Carolina is good for, it’s accessible fireworks, and cheap gas.

As of 2017, Charlotte is home to over 40 beer breweries. If you’re looking for a place to unwind after a long day of banking, just head to NoDa or Southend- Charlotte’s beer hubs. What can we say? We love our booze.

7. You probably have 20 shirts that incorporate the word “Southern” somewhere on it

As much as Charlotteans like to eat, everything on this list doesn’t deal with food. If you grew up in Charlotte, you’ve most likely accumulated quite the collection of “southern” branded shirts. From Simply Southern and Southern Tide to Southern Proper and Southern Marsh (the list can go on), if there’s anything that Charlotte natives love to sport on their backs aside from Panthers jerseys and random Piggly Wiggly shirts, it’s a nice, pastel-colored shirt that makes it clear that they’re from the South.

8. You only partially identify with the South

Let’s face it though, you only identify as a Southerner when it’s convenient (e.g. Southern Belle, Southern hospitality, etc.). When it’s not cute and charming to claim your Southern roots, North Carolina is a Mid-Atlantic state. We’re not even in the SEC Conference for crying out loud!

9. At least one of your parents works in banking

This has been partially alluded to before, but odds are, if you are from Charlotte, at least one of your parents probably works for Wells Fargo, Bank of America, or some other large banking entity.

10. Even the slightest threat of snow or temperatures below 10 degrees meant school was cancelled

One of the best perks of growing up where it only snows twice a year? Knowing school was going to be canceled if the news forecasted even a quarter of an inch of snow for the next day.

11. Even though you’re in the South, you’re surprised to hear a Southern accent

If you grew up in Charlotte, odds are, you always wished you had a Southern accent because there was something charming and seductive about it. It was always easy to pick out someone who wasn’t from the city though if they sounded like Noah from the Notebook.

12. You’re just as surprised to hear that someone else is actually from Charlotte

11. You took school field trips to the Discovery Place

Growing up in Charlotte meant countless school field trips to one of the largest (and most fun) STEM museums in the region- the Discovery Place. Whether it was seeing mummy exhibits from ancient Egypt, or learning about human reproduction and the miracle of childbirth for your FLBHS class, you’ve probably been to the Discovery Place more times than you can remember.

12. You aspired to go to UNC Chapel Hill at one point or another

North Carolina is home to some of the BEST colleges in the country (Duke, Wake Forest, Davidson). If you are a Charlotte native, or even an NC resident, none of these schools surpassed UNC Chapel Hill for you. More than likely, you have at least one close relative who graduated as a Ram and senior year of high school was essentially filled with you attempting to find ways to weasel you way into one of the nation’s top public university.

14. You vacation at Myrtle Beach

You will find some of the most beautiful beaches on the coast and Outer Banks of North Carolina. Too bad they’re all at least a 5 hour drive. Finally on the list that only our Charlotte natives can relate to, growing up in Charlotte probably meant that your family opted to take their family vacations at Myrtle Beach, SC because it was only a 3.5 hour drive from the Queen City.

What do you think are some signs you grew up in Charlotte? Tell us in the comments!

8 Places To Hook Up At Vanderbilt