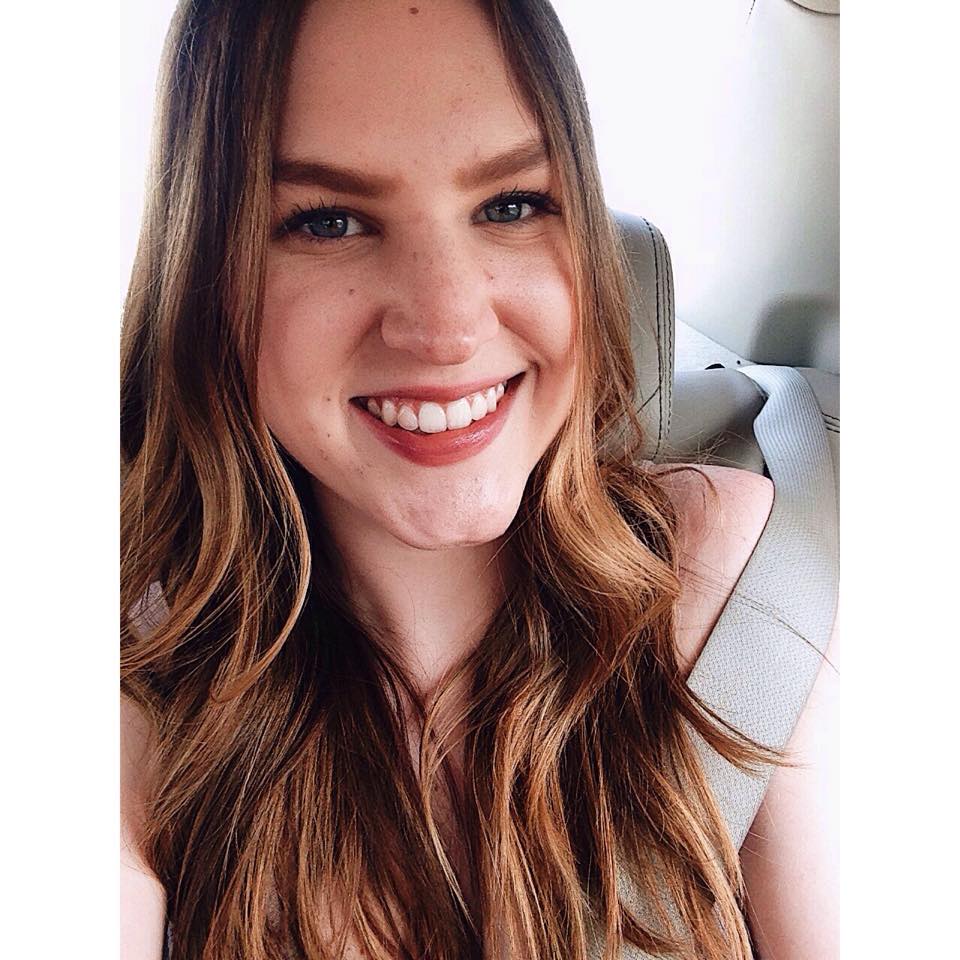 "Sophomore at Portland State University Lover of dogs, fashion, and…

Before attending Portland State, many stereotypes about the university floated around in my mind. I expected everyone to be vegan, have a beard, and/or be a coffee snob. But there’s much more to PSU than these wacky clichés. Here are 20 signs that you go to Portland State University!

1. You’ve almost been hit by the streetcar (on multiple occasions).

There you are: walking across the Urban Center, eyes glued to your phone when suddenly, you hear a menacing honk. You turn around just to be blinded by two glowing eyes. It’s the streetcar, and you’re right in it’s path. But in all seriousness, be sure to keep a look out for those guys: they sneak up on you!

2. Green is your favorite color for a number of reasons.

Nature by day, city by night. At #PortlandState, you can have the best of both worlds.

3. You’re so over Voodoo Doughnuts.

Sure, they’re tasty and completely Instagram worthy, but what about that line? The tourists? The fact that there are hundreds of other doughnut joints in Portland with treats that are just as cute and even more delicious as Voodoo’s???

Every second Monday of the month, an organization called Harvest Share takes over the park blocks with free produce for all Vikings. Well, not all Vikings; it’s on a rain or shine, first come, first serve basis, which means the line is always massive and since it’s Portland, it’s always raining. Students start lining up hours in advance, so if you’re down to get drenched while waiting forty minutes to get some free apples, Harvest Share may be perfect for you!

Did you know #PortlandState and the @OregonFoodBank partner every second Monday of each month to bring #HarvestShare to PSU? Open to all PSU students, the free fruits and vegetables help reduce food insecurity and increase access to healthy food choices on campus. Here's this month's wonderful harvest 🍐🌽🍎🍒

5. The ReUse Room is your personal supply store.

Room 180 in Cramer is filled with all kinds of school supplies that are completely at your disposal. Need a folder? ReUse Room. Out of paper? ReUse Room. Bought a bunch of binders at the beginning of the year that you never use? Donate to the ReUse Room! You can find pretty much anything in there.

6. When it snows, everyone loses it.

Snow isn’t necessarily rare in Portland, but when it accumulates, the whole city goes crazy. The streetcars and MAX rails are rendered pretty much useless, classes are almost always cancelled, and PSU student Snapchats blow up with pictures and videos of snow day fun. It’s a beautiful kind of madness.

7. The scent of cannabis fills the air everywhere you go.

Since weed is legal in the state of Oregon, it’s common to smell it while walking down the street, in the dorms, at the park blocks, and so on; it’s just another Portland quirk! You don’t even notice it after awhile!

8. You either love or hate The Cheerful Tortoise.

If you like to grab a drink and have some fun, The Cheerful Tortoise is the perfect place for you. It’s open until two o’clock in the morning every single day, so you can party all night long! But if you live on-campus in close proximity to The Cheerful Tortoise and enjoy going to bed at a reasonable hour, you may not love this quaint little bar so much; rowdy drunk people love to hang out on the street and make all kinds of noise. And as previously stated, it’s open until TWO O’CLOCK IN THE FREAKING MORNING EVERY SINGLE DAY.

I want to eat there just because. I mean, who doesn't love a cheerful tortoise?? #portlandstateuniversity #cheerfultortoise

9. If you’re in a hurry, the elevators are your worst nightmare.

As most residents of Ondine know, the elevators in the building, and in other on-campus housing, are pretty hot and cold. You could take any elevator down to get to class and as soon as you get back, that same elevator could be out of order. There’s also the possibility of you getting stuck in one, which may seem terrifying but it’s one of those things that you can look back on and laugh about!

At Portland State, we’re committed to helping students succeed and prosper, which is why emotional therapy dogs are sometimes brought in during midterms/finals week. Imagine: you’ve been studying for hours, no, DAYS, and you finally decide to take a break when you hear a glorious woof sound. There’s no better feeling than to step away from notes and study guides to hug a sweet, innocent pup.

Thank you to EVERYONE who came to say HELLO yesterday at Portland State, all hundreds of you! 🤗 #portlandstate #pdxprogramming #pdx #petpartners

11. You NEVER take sunlight for granted.

Portland is a city known for its never-ending rainy days, so when the sun is finally able to dissolve the gray clouds in the sky, everyone on campus tries takes advantage of the great weather while it lasts. We’ll take all the vitamin D we can get!

I post a lot from pioneer square because it's just down the street from my work, but it's just so damn nice out today I couldn't resist! #spring #portlandslivingroom #portlandsun #rareoccurence #pnwlove

Whether you’re a Starbucks devotee or a picky cappuccino connoisseur, there are shops for all coffee lovers right on campus.

13. You cherish the memories made at Viking Days.

Ahhh Viking Days, a week filled to the brim with activities, shows and socializing. The annual drag show is always a hit, along with other fun events like Lip Sync Battles, Night at the Rec, and more! It’s arguably the highlight of the year.

14. The pasta station at Victor’s is what you live for.

The pasta station at Victor’s can turn any carb-loving frown upside down. What’s not to love about being able to build your own pasta while watching a cook serve it up right before your very eyes?

15. You don’t have many options when it comes to nightlife on campus.

While most would consider PSU to be a fun university, not much really goes on at night. You have to be an upperclassman with connections to even have a chance at finding a decent party, and more often than not, most of them usually take place off campus. But considering Portland State is in the middle of the wonderful metropolis that is Portland, there are plenty of other things to do at night!

16. You get looks for tossing out perfectly recyclable goods.

As previously mentioned, being green is a big deal at Portland State and recycling is pretty much a must. If you’re living on campus, many buildings supply you with your own recycling bin, so there’s really no excuse for throwing out recyclables; JUST DO YOUR PART.

17. Seeing a grown man roll out of an elevator on a Razor scooter is a normal sight.

In most places, a man riding around on a kid’s scooter would seem silly or weird, but this is Portland, where weird is celebrated!

Food carts are a big deal in Portland, and since PSU is smack dab in the middle of downtown, the options are endless. Whether you’re feeling Italian, Mexican, Mediterranean, or even grilled cheese, there’s a food cart waiting to satisfy your cravings.

Eeny, meeny, miny, moe…Which food cart on the #PortlandState campus would you go to?

19. You get to meet people from all over the world everyday.

According to Portland State’s profile page, all 50 states in the US are represented at PSU, along with more than 89 other countries! With that much diversity, you’re bound to meet people from all kinds of different and unique backgrounds. It’s truly beautiful how Portland State University brings people from across the globe into one amazing school.

#PortlandState business student and scholarship recipient Jean-Luc Toku, who immigrated with his family to the U.S. from Togo, West Africa, chats with #SimonBenson16 keynote speaker @NBCJayLeno. During the annual event, Toku shared the impact of philanthropy: "Every gift no matter how big or small enriches the lives of students throughout our entire university…Your support has given me opportunities that I never dreamed of when I was a boy from Togo…"

There’s a plethora of misguided and often incredulous stereotypes made about the students at Portland State University, but they don’t stop you from striving to not only reach, but exceed at your goals.

Tonight's the night! Grab your school supplies at @Target until 1 a.m. and ride back to the #PortlandState campus free via @uber_pdx! #new2PSU

What are some other signs you go to Portland State University? Share in the comments below!

"Sophomore at Portland State University Lover of dogs, fashion, and The Office"

7 Healthy Habits To Start In College

10 Ways To Personalize Your Phone Case