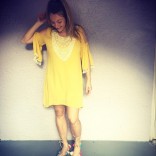 Emerson College Grad with a B.S. in Multimedia Journalism. I…

The 12 Best Tips For Having Dorm Room Sex

Sex in college is all about experimenting and having a good time. But, that leaves room for a lot of mistakes that can make sex not so great. To make the most of your college sex life, here are the 15 best sex advice tips that all college guys need to know!

1. Get tested for STDs

Getting regularly tested for STDs when you’re sexually active is so important. There are tons of diseases you can have and not even know it. Do yourself a favor and get checked.

2. Always have your condom stash stacked up

3. Ask if she’s been tested for STDs

It’s important that you know who you’re having sex with and what they may/may not have. Don’t feel weird asking. If it makes her uncomfortable, she may be hiding something or she may be a little too immature to be having sex.

4. Talk to your roommate about hook ups

Don’t assume your roommate is cool with you having sex in the room every other night. Talk to them about it.

5. Don’t have sex with your roommate

Also, don’t have sex with your roommate. Things can get really weird, especially if it goes bad. You’re stuck with them for at least a year.

NEVER EVER HAVE DRUNK SEX. Even if they consent, there is always the risk that “they didn’t know what they were doing”. You don’t want to be in that position.

If your professor comes on to you, don’t do it. Obviously, living out a taboo, movie-like fantasy would be a blast. But, the circumstances that come with that are beyond bad; like, you’ll be kicked out of college and they’ll lose their job, bad. Just don’t do it.

8. Don’t ghost the girl you hooked up with

Please don’t be that douchebag. You don’t have to take her out on a date or even hook up with her again. All you need to do is at least text her or message her with a simple “hey”, have a little convo and that’s it. You wouldn’t want to be ghosted, so don’t do it to her.

9. Be honest with the girl you’re having sex with

If you know that it’s just a hookup and you’re only in it for the good times, let her know. It’s better to hook up with someone who wants the same thing as you. No strings attached (which is usually impossible, but whatever).

10. Don’t have sex in your frat house/her sorority

As convenient as it may be, sex shouldn’t be a show for anyone. Frat houses and sororities are full of people with little to no privacy.

11. Have fun exploring your sexuality

Test the boundaries and find out what you like!

12. Being a virgin is more common than you think

Maybe you’re a virgin or chances are, someone you have sex with will be. Be conscious of that when you’re hooking up with people because a lot of the time they won’t tell you.

13. Treat any sexual partners you have with respect

No matter who it is, never treat the person you’re having sex with any less than you would want to be treated. As motherly as it sounds, people are vulnerable when they have sex. You need to respect it.

14. People aren’t having as much sex as they say, so slow down

It isn’t a game and it isn’t a race. You don’t need to have sex with 30 people to feel good about yourself. Half the time, people are bullshitting you and most likely aren’t having sex at all.

Last, but never least, is consent. I didn’t put it first because by now you’ve heard it 100 times. But, it is the most important of the tips.

Do you have any other sex advice tips for college guys!? Share in the comments below!

Hook Ups With Your Floormates: Why It’s A Bad Idea

The 12 Best Tips For Having Dorm Room Sex

Spice Up Your Sex Life With These 12 Tips

10 Sex Tips For Your First Valentines Day Together

Sex Is Good For You? Its Health Benefits Say Yes