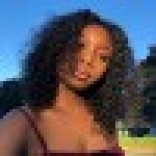 Boston is full of great places to dine. I gathered up 12 restaurants in Boston anyone will love.

Dazken is a Thai restaurant located in Davis Square. In 2018 they won the award 2018 Eater Boston award for Fast-Casual Restaurant of the Year. They specialize in Thai style brunch dishes. Most importantly they stand out from other Thai restaurants because they serve brunch on weekends too. Some of their most popular dishes include khao soi, the tom yum noodle soup, and the ba mee moo dang.

This restaurant is located in a relatively quieter part of Boston but still manages to bring in massive crowds for their flavorful food and great service. This restaurant can be found on Eater’s list of New England’s 38 Most Essential Restaurants ranking as one of the best places to dine when in town. Their menu consists of endless seafood dishes and a very creative beer selection. Their lobster rolls and oysters remain some of heir most popular items on their menu with plenty of great reviews.However, it remains rather busy so I would recommend calling to make a reservation if your planning on eating here.

This restaurant is essential for people to enjoy Southeast Asian cuisine. It has a great location, right by Fenway Park. The restaurant is designed in a way that is very fun and welcoming to everyone (they have a disco ball elephant!). Although the decor is funky and cool, its the food that will make you want to stay. Their menu features cocktails and flavor-packed dishes such as spicy papaya salad and banquet-style smoked and fried duck dish.

This Gallows is located in the South End and has been open since 2010. The restaurant has a really high energy atmosphere so don’t expect to have a quiet dinner night here. You won’t even notice the environment that much however because the food is really just that good. Their menu is full of comfort food such as their classic burgers and interesting dessert choices such as the Stoners Delight which consist of peanut butter mousse, chocolate ganache, banana, and bruleed Fluff.

This restaurant can be described as a seafood lovers dream! It’s a small restaurant, yet is almost always packed with people. Its located in Back Bay, making it easily accessible by train. It’s not your average seafood restaurant, as it touches on many other genres of food as well. They provide an option to add lobster and/or caviar by the ounce to anything on the menu. Bet you can’t name of another seafood restaurant that does that!

This Asian fusion restaurant is located in Boston’s cultural and high energy Chinatown. It’s considered a newer restaurant compared to most of the restaurants that have been around for a number of years. Its modern design and great food have made it stand out and obtain a great reputation. One of their trademark dishes is the “Son of Shojonator” burger which consists of beef, bacon, fried shallots, scallions and O’Leary’s “kimchi Velveeta,” a sharp, tangy and thick cheddar sauce.

This neighborhood favorite is the perfect restaurant to get some great comfort food. It’s not very large in size but features a bar and a patio. Their menu features a number of different beers and dishes such as moules frites or a kimchi dog. In terms of the atmosphere, it can sometimes be described as a “hipster central” that pays close attention detail. It makes sense however that this restaurant is popular among the younger crowd because not only is it the perfect place to get food and drinks but its also open pretty late too (it closes at 2:00am).

8.KO Pies at the Shipyard

Ko Pies at the Shipyard is located in East Boston. They specialize in selling Irish meat pies (which honestly is not the easiest to find over here). Aside from the great food, the restaurant also provides a patio with a great view. I’d recommend sitting out there if the weather is nice enough.

Pammy’s is located in Cambridge, which is just a little outside of Boston. This restaurant is great for those who enjoy some great Italian Cuisine featuring a number of pasta dishes. They are famous for their Bolognese sauce which is something any pasta lover will love. In addition to the food, you can also catch customers raving about the service and atmosphere of the restaurant. The restaurant is set up to have a homey but chic environment that makes customers feel that they are enjoying a home-cooked meal in their own house.

This Boston restaurant is essential for French cuisine. Some favorites include steak-frîtes as well as lesser-known plates like skate grenobloise. Their dessert menu is just as good featuring treats such as pillowy chocolate beignets.

This trademark Boston restaurant that is located within Downtown Crossing and has another location in South End. This two-story steakhouse carries classic steakhouse items and a fine section of wine. Their menu also includes an interestingly names “rarely celebrated” section. That part of the menu offers original dishes that are outside the traditionally labeled steakhouse options. You’ll be in love with both the food and the atmosphere. Its a bit of an upscale restaurant but according to customers reviews, it is entirely with it.

This restaurant’s menu does not necessarily offer a large selection, but you’ll still be satisfied with the selections provided if you are a seafood fan, especially a lobster fan. James Hook & Co is a lobster shack located right in the city of Boston. Most importantly they are a family-owned business which to me, usually means better quality food and original recipes. Their menu features selections such as lobster rolls, shrimp cocktail, crab cakes, whole-cooked lobsters, and clam chowders. Their lobster roll is one of their most popular sections. One customer even said, “The best Lobster Roll on the East coast! So much meat, tasty Mayo dressing… just an excellent roll.”

So what do you think about this list of 12 restaurants in Boston that anyone will love? Have you eaten at any of these restaurants before? Comment below!

How To Eat Healthy When You’re Traveling