FINALLY WINTER BREAK!! Yeah I know right! Whether you’re just some young buck fresh out of high school making it over your first hurdle of fall semester or you’re a seasoned veteran that is holding on to your coffee and cell phone in each hand darting your way to a class that you’re once again ten minutes late for, its finally time to take a breather. Just the thought of finally dropping those heavy a$$ books that you spent half of your soul and student loans on and catching a flight home to see family, and the best part SLEEP IN!! Your bags are packed and your flight leaves in two hours, smooth sailing and hot chocolate are on your mind. Mouthwatering holiday dinner, and shenanigans with your favorite cousin that always get you in trouble for being in the kitchen before the food is ready. “This finna be a BREEZE”

At least you THOUGHT!

Since August, you’ve been getting slammed with homework , late assignments, hours in the financial aid office and nearly tearing all of your hair out trying to understand that one foreign teacher with the STEROID STRONG accent. Now its December and you have to shift into relaxing mode, BUT the biggest error that most college students make when they return home for holiday break is putting all of their fun eggs in one basket forgetting that the holiday is two weeks long. When you do everything you want to do and still have too much time left over, YOU GET DRIED OUT! The game is beat for now and you’re out of stuff to do, which means your winter break is probably about to break you if you don’t do something soon. Think I’m kidding? Word. Here is 10 Signs You’re Already Over Winter Break. So listen up, pay attention, and don’t panic because we’re going to get through this together!

Facts! Sleep is the one thing you just could not have while you were away at college, so of course its the only thing you want to do when you finally can. However, the greatest pleasures taken in greed can do more harm than good. As crazy as it sounds, there is a such thing as oversleeping and finally waking up can leave you feeling like you never got any sleep at all, which puts you in a “Dreamers Limbo”. If you’re catching Z’s make sure you don’t overfill what you can actually hold or you’ll be dragging yourself to the bathroom and falling asleep on the john. If your siblings are around and you with their phones, that can be the opportunity for the greatest embarrassing photo to blackmail you with. Get some rest but make sure like everything else, do it in moderation. Sleeping too much during winter break is possible.

Remember what I said about those eggs? You probably spent the first week doing everything that you wanted to do, and having the time of your life with your friends and family. Now you’re out of ammo and lounging around the house moping because you don’t have any plans and everyone is busy again with their lives leaving you all alone. You’ve played your video games and even binge watched The Stranger Things all the way up to the latest episode and you still have about 14 days until you can go back to school.

With boredom comes anxiety, and anxiety cant go anywhere without its annoying little brother stress. But once they hit the night out on your conscience they are bound to make your nerves jump like Kriss Kross at a house party. You find yourself being more irritable than usual and now everything bothers you to a tee. Even the smallest things out of place makes the back of your knuckles itch, and you just cant seem to decompress. Its like college came home with you and does not plan on bailing any time soon. Anything could set you off, so your family gets concerned but back off because they don’t know just how edge you really are, they just hope you’ll fell better soon from the sidelines.

As a college student naturally you will feel that your cellphone is the closest thing to a friend that you will have while you’re in school. Once again peeps, MODERATION is not just a word its a safe zone from addiction. A cellphone with a full battery can drain you without you even knowing it, but what can you do? Since you cant seem to find a function on your own you reach out to your followers and engage with them and see what they’re up to. A little outside interaction can help, but when you get put in “twitter jail” for tweeting too much and you run out of Snapchat stories to watch, its time to put the expensive electric rectangle down for a while. Don’t leave it for dead but as your parents told you a lot when you were a kid “give that thing a break”

This is mainly for the mid-west and the northerners. Snow is awesome and the fun stuff that can be done with it makes it that much more greater. Well, guess who got five to 8 inches of it covering their entire city in it? You guessed it, you did. Now its cold  and the door is practically frozen shut and you cant even see the tires on your car outside. You are not going absolutely anywhere any time soon. Hopefully the WiFi still works because there is a better chance of Rihanna proposing to you at the World Cup than you going outside in that madness.

Error 404, SANITY not found! Have you finally gone off the deep end? Too much egg nog? Congratulations you are not crazy, you’re just college sick. Yeah, its a real thing, don’t deny it because its as normal as pineapples on pizza. College sickness is when time away from college makes you want to go back because even though the “working” part drives you nuts, the “partying” is the force that keeps the light and dark balanced. Your batteries are charged and you miss pushing yourself to finish last minute assignments and occasionally partying the pain away with your new college buddies. You’ve had your break, and now its turned into withdrawal and its a lot harder to resist when you cant go back until the campus reopens in January.

Sign Seven: You’re Still In The Honeymoon Phase With Your New College Love

The first few weeks where you feel like you’re gong to be with that significant other forever is the best thing in the world in a fresh relationship. This is the “honeymoon phase”. Unfortunately the only thing keeping you from your new boo is an administrative break from education and some sky miles. Its only been a few weeks but it feels like an eternity since you’ve last seen them. The texts and snaps just don’t fill the void, and you feel like you’re just dying without them. Its as if the holidays are teasing you with its blatant limitations and as much as you want to take it on, you have to wait it out. It is truly a warriors trial especially when patience is not your strong suit.

Just like number seven but in reverse. You already had a love back home. Little did you know instead of dinner and a movie, you’d be checking into the heartbreak hotel with a room for one. While you were gone, your other just could not handle the responsibilities of distance and sought comfort in someone else. They come clean and tell you they want to see other people. This would suck for anyone. At that time a barrage of emotions can overcome you. Now you have a whole winter break to “process your emotions”.

One of the biggest cases of “Oh no you didn’t” you will ever experience in you life is when you come home seeing that things were not the same way you left. Where is your bed, your dresser and where is all of your stuff that you didn’t take to school? Someone owes you some answers , and you got just that. Your parents sold off your old stuff, or put it in storage and either gave your sanctuary to some else. Its hard to process at first, you’re their little college student, how could they do this to you? But its okay, its just proof that they have faith that you can go forward and get your own as they did theirs, so don’t take it as an ultimatum, use it as a catalyst to be great. But now you’re going to have to go on a tomb raid to get your vinyls out of the storage. Bummer. 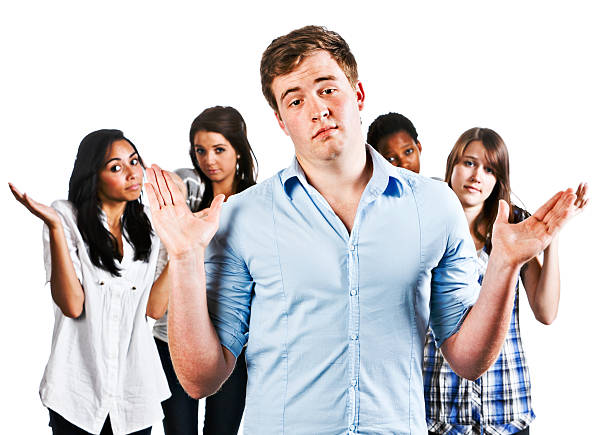 There is no other cause like just cause. Sometimes its just a normal function to not even care. You have seen it all, been through heck and back and you’ve earned your stripes. You’re not just over school, the holidays, and whatever else you may be dealing with. You’re just over all of it, and that’s okay. Sometimes you just have to let go to feel any true sense of freedom from the “surprises” life brings. Its all behind you now, leaving you ample room to mover forward with your life.

College is like a giant educational game of The Sims; the craziest thing that can happen probably will and being home for the holidays will be similar if not identical. As a student you just have to learn how to balance, process and press forward. Try not to let school stress you out, just to get home and drop an anger nuke on your loving family. They missed you, and you missed them, now is the time for smiles and food comas. Its only for a few weeks, until its time again to get back to campus and get back on the grind toward your degree. Winter break is the opportunity to reconnect with you old life and maybe even add some new people to it. So when you feel like you’re done with winter break, remember that you’re stuck with it till January.

Let us know what you think about winter break in the comments below!

10 Destinations You Should Have On Your Travel Bucket List

10 Airport Essentials To Bring With You On Your Next Vacation