I’ve spent a lot of time as a writing tutor for others, and a longer time writing. I don’t like to judge a fish by it’s ability to climb trees, but I have read some essays I struggle to describe as anything other than “brain goop.” It’s okay, because by comparison I cannot do math at all. At all. I get confused when cashiers tell me my total and then they look at me like I’m stupid for handing them too much money because I can barely count. Hopefully, at the end of this article you’ll be able to write an essay that doesn’t make professors look at you the way cashiers look at me.

You’re too wordy and not concise

This is where everyone tends to go wrong. You hear the essay requires 2000 words at minimum, and you start to write like you are a little robot who has never learned of the concept of a contraction because you want to add many more words to your sentence so that your essay can reach two-thousand words a little bit faster. Dude. Just writing that gave me a headache. If you’re going to be wordy, you have to be concise.

Every word you write is important. Every single word. The way to be concise to write your sentence out, then ask yourself what words can be removed from the sentence to have the same effect. Let’s revisit my earlier example of a wordy sentence.

First draft: You hear the essay requires 2000 words at minimum, and you start to write like you are a little robot who has never learned of the concept of a contraction because you want to add many more words to your sentence so that your essay can reach two-thousand words a little bit faster.

Second Draft: You’re anxious about the essay’s 2000 word minimum, so you add multiple unnecessary words to contribute to your word count and not your thesis.

Hopefully, your academic sentences are always closer to the second draft than the first draft of the examples I added. The first sentence has 53 words. The second sentence has 24 words. The number of words has been reduced by more than half, however the sentence is now more effective. What your professor is looking for is not a bunch of random add-ins, what they’re looking for are words to support your thesis. You spent so long coming up with your thesis, why are you going to lessen the impact by being too wordy?

Your transitions are rough, buddy

Transitions aren’t something we pay much mind to, it’s kind of just something we automatically do and don’t put much thought into them. Here’s the thing: if your transitions aren’t smooth, then your ideas seem widely interspersed and far apart from each other. Think of each paragraph as holding it’s own idea, with each concluding sentence bleeding into the introduction of the following sentence. You’re written countless essays in your time as a student, you know where ideas tend to drop off as you finish your thought. Just stretch it out a little to avoid an enormous leap in ideas.

In considering how you should begin the next paragraph, avoid using the following words as transitions: first, second, third, finally, again. These words are too simple for what’s being asked of you at university. What helps a transition become smoother is the transition matching the tone of the words that follow it. Instead, consider: consequently, therefore, accordingly, as a result, furthermore, in addition, moreover. These words are stronger and are more likely to match the academic tone of your essay.

Your citations are off

Stop relying on websites that make your citations for you. They usually cannot pull all of the important information you need and you end up typing the information in manually. It took me longer than I care to admit to start doing my citations correctly because I just assumed that the citation makers were always correct. They are not, and it’s actually surprisingly easy to get right once you spend more than two minutes on Purdue Owl. I primarily write in MLA format, so my in-text citations look like this: ‘Harry was a bad student in potions class.’ (Rowling 394). Citations that go in your works cited are a little longer, but also don’t take that much time to do on your own. Do your citations by yourself, your professor will thank you and so will Canvas. Also: remember that anything that is not common knowledge needs to be cited.

The Best Ways You Can Prepare For Your College Midterms

Very is a lazy word, even if I use it.

We all like the word “very.” I get it. It’s easy to use and it’s usually the first thing that pops into your head, but try to save it for casual writing. Slipping this adverb in before a weak adjective doesn’t strengthen your essay, it weakens it. Instead of very bright, use illuminating. Instead of very scary, use horrendous. Instead of very pretty, use gorgeous. You get the idea.

I will say my next sentence unapologetically because it is one of my strongest beliefs: if you are writing a college-level essay in first person, you’re doing it wrong and I don’t know how you got here. Maybe it’s because it’s easier to write this way as you can follow the train of thought, however, in academic essays you need to employ academic tone. Consider this example:

Academic: One would be hard-pressed to find reasonably priced housing nearby.

Imagine you’re reading your essay out-loud to an old English man with a monocle. If this imaginary, sophisticated, monocle-wielding man is nodding his head, you’re doing well. If the same imaginary man would shudder at the sound of your essay, you need to amp up the big vocabulary words and switch to writing in third person. 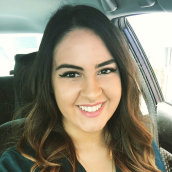 Best Activities to do Alone