During at least one point in your life, you’ve probably found yourself wondering what you can do to be happier; to lead a better life. The answer is incredibly simple: simply emulate Napoleon Dynamite’s personality. Yes, seriously. For anyone familiar with the movie, you’re most likely extremely skeptical at this advice, since Napoleon is kind of a weird dude. At first glance, yes, this is accurate but, with a closer inspection of his traits, you’ll find that he’s actually got a lot going for him. It’s all about the delivery. The movie portrays Napoleon as an oddball, so that’s how the audience sees everything he does. If he was a cool guy, though, then everyone would be like him. Here are some of his best traits.

On a few occasions in the movie, Napoleon is seen either drawing fantastical creatures in his notebook or creating a portrait of a girl he likes. Admittedly, the pictures themselves aren’t very good (some might even say laughable), the spirit in which they were made is what counts. Who knows, maybe he just recently started drawing. If you were to take up drawing today, never having done it before, it’d probably not look too good. That shouldn’t stop you from trying, though. If you draw a Liger (lion and tiger combo) today, you may eventually end up making something beautiful. Most likely not, but you never know.

Yes, Napoleon is also athletic, as seen in like one or two scenes. Tetherball is his sport of choice, and he’s really good at it, or at least good enough to beat that girl at the end. You also have to praise Napoleon here for his choice of sport. While other ‘popular’ kids play football and basketball, he’s branching off in his own direction and becoming number one in the game. You know, that’s probably the reason why no one ever played the game with him. All those jocks were afraid of losing to someone like Napoleon, who they considered a loser.

Would you be willing to support your friend if they did something where they had pretty much no chance of winning? Who knows, maybe you would. Napoleon certainly did since he helped Pedro campaign for class president. It doesn’t matter that the presidency offers no real power and is only a false way for the students to think they actually matter. If you really cared about your friend like Napoleon cares about Pedro, you’d support them in whatever hopeless situation they found themselves in.

There was a point in the movie where Napoleon needed money for something (can’t remember what it was), and he had to work in a chicken coop to get that extra cash. Did he have any previous experience (or even passion) for what he did? Most likely not, but he wasn’t afraid to get his hands dirty and try different things. He was even willing to try out a time machine that his uncle bought online, although it ended up hurting him instead of sending him back in time. Be like Napoleon and don’t hesitate to try new things, even if they seem unsavory or ridiculous.

Not afraid to speak his mind

At various points throughout the film, Napoleon makes it clear that he isn’t afraid to tell people what he thinks of them. When asked if he’ll vote for Summer to be class president, he tells the guy in pretty clear terms that he’ll never vote for her. Now, this took some guts because this guy was, like, a foot taller than he was. Napoleon himself is pretty scrawny, so to stand up to someone that could probably crush you with one hand definitely highlights his fearlessness. He could just be really reckless, though.

Near the end of the movie comes one of the most famous and iconic scenes: Napoleon dancing. Before walking out onto the stage in front of the whole school, he silently debates with himself whether or not to do it. Ultimately, he chooses to dance, which takes a lot of courage, especially when you already low reputation could sink past the point of no return. It could also be said that Pedro’s pathetic presidential speech spurred him to go on stage, which is a valid point. If you care enough about your friend, or about the situation, it’s incredible what you can accomplish.

What To Watch, Cook or Do During Coronavirus Quarantine

Speaking of the dance on stage, Napoleon had to learn the entire dance in only a matter of days after Lafawnduh gives him the mix tape. He not only has to learn the dance, but he also has to time it to the music. It’s hinted that even before he gets the tape, he works incredibly hard on his dancing technique, as he’s covered with sweat when he goes to take a quick break. His pure dedication to dancing is, in a way, inspiring, although it sounds ridiculous to say that about such a weird character. 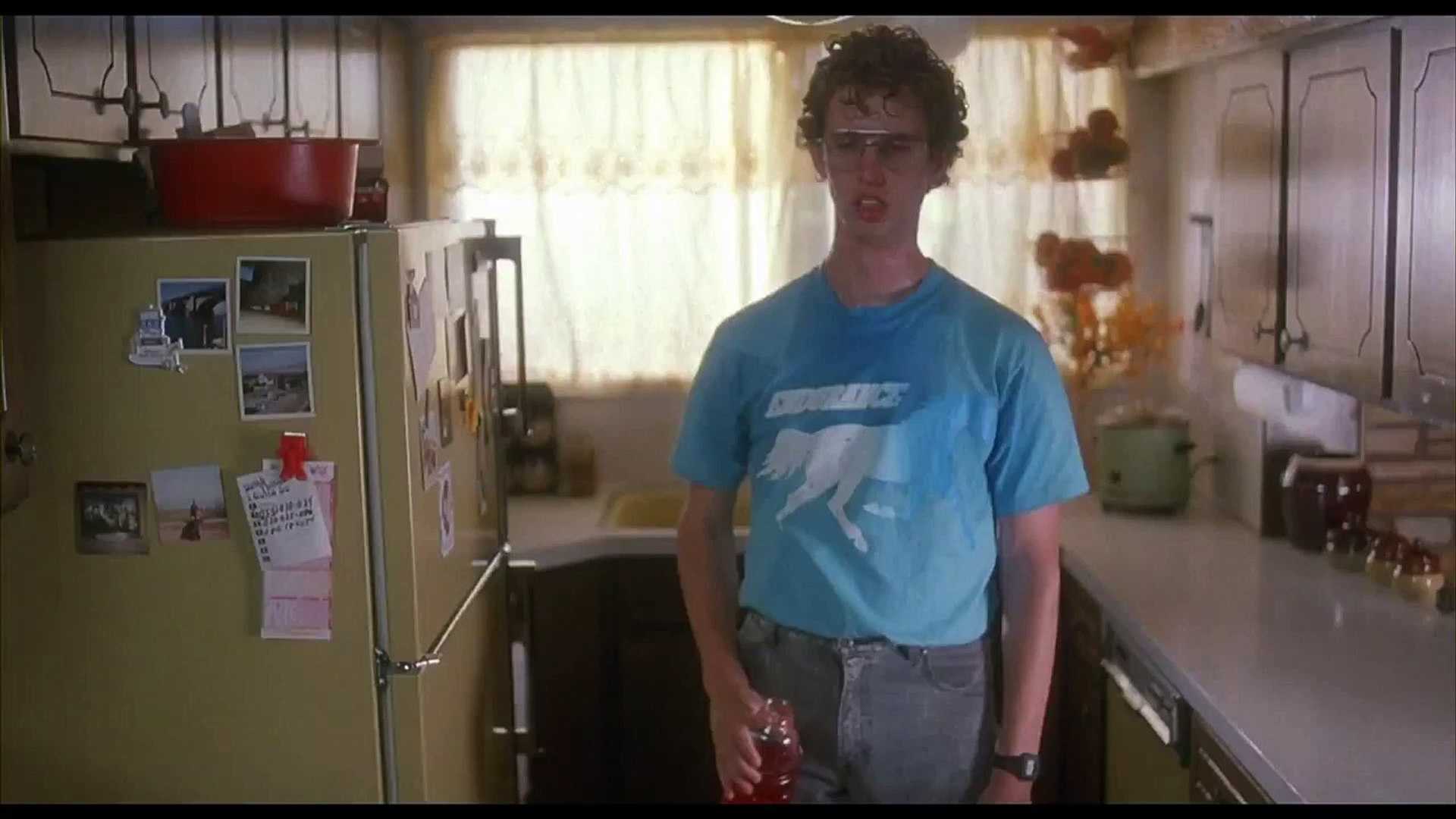 Napoleon’s intelligence comes out in a variety of small ways in the film, but perhaps his cleverest moment is when he sticks some tater tots in his pocket for later. Yeah, it’s really gross, but kinda smart if you know you’re going to be hungry later. This even makes at least one other person jealous, since some guy demands that Napoleon give him some of his tots. He refuses, of course, since the fruits of superior intelligence are only shared when those capable of it wish to, which naturally makes the guy upset.

Believe it or not, Napoleon succeeds in most, if not all, of the things he sets out to do in the movie. He has an impossible goal of securing the presidency for Pedro, which he does. He wants to ask one of the prettiest girls in the school to the prom, which he accomplishes with minimal effort. He just cannot seem to lose. Do you know why? It’s because of his mindset. See, Napoleon never loses because he never considers it. He has his eye on the prize and is not plagued by doubts. Why not try it sometime? It worked for him, so it may just work for you too!

Do you have a deeper appreciation of Napoleon Dynamite now? Are you going to start emulating his best traits? Let me know in the comments below!