When I first got my dorm assignment as an incoming freshman at UVM, I was not pleased. I looked up the dorm on a campus map, and was horrified to see that it was at least a fifteen minute walk from any of the academic buildings (which turned out to be untrue). I didn’t know any upperclassmen to ask about my dorm, and if I had I would have known that Redstone campus is actually one of the most desirable campuses at the university, and my freshman dorm, Patterson, is one of the cleanest, newest, and nicest buildings on Redstone, if not one of the nicest dorms at The University of Vermont.

Not only that, but Redstone is directly across from the best dining hall on campus, has its own gym and is close to the main gym, and has its own bus that only drives between Redstone and Central Campus. I had nothing to complain about. However, once I moved in I began hearing horror stories about some of the other dorms on campus. So for those of you freshman wondering if you should be scared of your dorm assignment, here are the top five places you don’t want to live on campus.

More than likely, this was the dorm that you stayed in during your Freshman orientation. On one hand, this means that you have already seen a grungy dorm and decided to come to UVM anyway. On the other hand, you now know how confusing those halls can get. It almost seems as though they were built to be intentionally confusing. As it turns out, they probably were. Legend has it that during the political and social unrest of the mid to late 1960’s, dorm buildings were built in a way that would make it easier for police to subdue riots. Harris-Millis was built between 1969 and 1971, fitting it into this timeline.

One of Harris-Millis’ so-called perks is that it is attached to a dining hall. However, you should know that this dining hall is not-so-affectionally known to students as ‘the Grundle.’ If you don’t know what that is referring to, you should probably keep it that way. If you do, well, have fun trying to eat there with that image in your head.

So there you have it, a building designed to prevent escape with a dining hall named after… well…you get the idea.

I don’t think I have ever heard Coolidge spoken about without also hearing the words ‘Trap House’ as well. This dorm is situated right on the edge of Redstone Campus, which makes it slightly more desirable. However, it is still one of the scarier dorms I have ever been in.

The first time I entered this dorm I was physically knocked over by two guys chasing each other out of the building. The music is so loud I can barely hear my friends (good luck studying here) and people are drinking out of the bottle in the hallway… on a Wednesday night. I was approached by an RA that was stumbling a bit and appeared intoxicated. She asked me if I wanted some pizza, and I tried to explain that I didn’t live there and wasn’t one of her residents. She looked at me and said, “I don’t care. I’ve lost all control of my life anyway.” Needless to say I left the dorm pretty quickly. I still wonder if that RA was alright.

Converse makes this list mostly because it is totally haunted. You can tell just by looking at it that this is true. It’s a medieval looking, gray stone building that looks straight out of Hogwarts. It is generally accepted that its haunted (even by some staff) but the legends vary. One of the most popular theories is that because it was built before ‘child-proof’ windows became the norm, people used to throw themselves out the top floor to their deaths. Another theory comes from the dorm’s proximity to the medical school. Converse is nestled right by both the medical school and the hospital, leading people to believe it is inhabited by the souls of those who died inside the UVM medical center. Either way, it gives me the heebie jeebies.

Equally upsetting is the fact that there are no dining halls close to the hall, and the closest one doesn’t serve dinner. This means that if you want to eat dinner, you better catch a bus over to Simpson dining on Redstone campus, or the aforementioned Grundle. I don’t know about you, but I don’t want to face ghosts on an empty stomach.

I probably could have put all of Trinity campus on this list as places you don’t want to live, but Mercy stood out as the worst. Trinity is a bad place to live because it is far away from everything. Recently, the school has tried to make some improvements by adding some dining options and a gym, but it is still seriously lacking. While some Trinity dorms, such as McAuley, have the benefit of bigger rooms, Mercy is just gross. The dorms are tiny, and to be honest smell pretty weird too. One of the worst part of living way out here is that the RAs don’t want to live there either. RAs that get assigned to live on Trinity have really gotten the short end of the stick as far as placement.

While of course some of them make the best of it, you can expect your RA to be a little lackluster when it comes to planning fun events or doing anything that requires a positive attitude. I personally found my RA to be an excellent resource as a Freshman, so I’d be really bummed if my RA was as miserable as I was.

Ah, Jeanne Mance. Firstly, if you were unlucky to be placed in this terrifying pit of despair, I am so sorry. Secondly, get out of there. Not only is this dorm not even on a campus, its partly down College street. I only even found it because my parking permit expired and I was looking for an obscure place to put my car. Last semester a girl moved into my dorm from Jeanne Mance, and she was constantly surprised by how clean, nice, and safe everything was here. I asked her why she decided to move, and she said that the last straw was when they found heroin needles in the bathroom. If that isn’t a red flag, I don’t know what is.

Did you live in any of these worst dorms at The University of Vermont? Share your experience in the comments below! 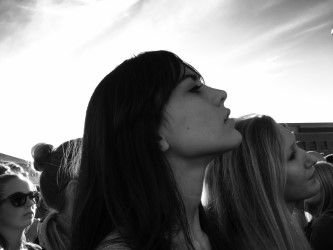 Dietetics Student at the University of Vermont!

The Ultimate Ranking Of Freshman Dorms At Tulane University

10 Unusual Bedding Ideas That Will Set Your Dorm Room Apart