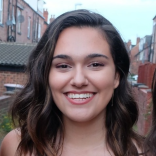 Depending on who you ask The Bachelorette and The Bachelor franchise are examples of reality television gold and guilty pleasure watching to an example of all that is wrong with our society. No matter what end of the spectrum you fall on there is a Bachelor/ette podcast out there for you.

If you are a super fan of the Bachelorette and are looking for a podcast to be on the same level as you then look no further. Juliet Litman, of The Ringer, hosts this show with a mix of great interviews and episode recaps. Guests on Bachelor Party range from show producers to contestants, but Litman always manages to get great interviews out of them, and they keep coming back for more. Listen to her recent episode with former Bachelorette contestant and Bachelor Nick Viall, discussing the start of the most recent season of The Bachelorette.

Have you ever wished there was a show right after The Bachelorette to help break down exactly what you just saw? That’s exactly what Michelle Collins used to do, making this the perfect show for your weekly recaps. Collins and a mix of incredibly funny guest break down what has happened and don’t have any issues laughing with, or at, the show.

Ever watch The Bachelorette and wonder what the men are thinking? Or find yourself looking for a guys perspective on what’s happening? Rosecast calls itself “The #1 Bachelor recap podcast hosted by a male interracial best friend duo,” and that’s exactly what you’re getting from it. Two best friends offer moment by moment breakdowns of episodes and they let you know which guys they would want to hang out with and which interactions seemed faked or forced.

This podcast is from Huffington Post and it brings a lot of star power to the mix, regularly interviewing famous contestants as well as celebrity superfans of the show and journalists. Here To Make Friends definitely approaches The Bachelorette from a critical point, making note of the different “feminism fails” in each episode and bringing in experts to discuss different elements of the show. If you just want to enjoy the show, without the extra thought into why it is problematic, this might not be the podcast for you.

The Bachelorette has had one black star in its entire run, so why not have a podcast to “invade the whitest show on Earth?” That is the goal of 2 Black Girls, One Rose. Each episode offers a recap and commentary but from a perspective often ignored on the television show, that of black women. Natasha and Justine work well off each other and listening to them feels like joining in on a discussion between best friends.

The Ben and Ashley I Almost Famous Podcast

Ben Higgins is one of, if not the most popular bachelor in the history of the show, and while Ashley Iaconetti was not ever the bachelorette her two seasons on Bachelor In Paradise make this duo an awesome pair to listen to on a regular basis. The episodes have a variety of different formats, sometimes they have in-depth one on one interviews, like the recent episode interviewing Kaitlyn Bristowe, other times they offer a fun perspective when breaking down the latest episode of the show. If you’re interested in hearing more about the people you see on television every week this show is for you.

Off the Vine With Kaitlyn Bristowe

If you ask your friends what Bachelor Nation podcast to listen to, most of them will say this one. This podcast comes from another member of Bachelor royalty, Kaitlyn Bristowe and someone who was actually the Bachelorette. While this podcast isn’t necessarily about the current episodes of the show, it does revolve around her experiences being the Bachelorette and where her life has taken her since then. Listening to the show feels like sitting and chatting with her (while downing a whole bottle of wine). If that doesn’t sound like a great way to spend an hour I don’t know what is!

Reality Steve is best known for having all of the Bachelor spoilers always. If a decision has been made in Bachelor Nation Reality Steve knows about it. Instead of doing episode recaps Steve does in-depth interviews with past contestants on their entire experience on the show from signing up to the final rose. The interviews are always interesting and he often has guests that you forgot about and need reintroducing to.

Did we miss any podcasts you like to listen to for all things The Bachelorette? Let us know in the comments.

10 Fictional TV Couples That Make Me Believe In Love Again