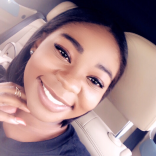 10 Of The Easiest Eyeliners To Apply For Beginners

A weekend away is needed for anyone. I know that when I get stressed out and overwhelmed with everything going on in my life I always need some time away de-stress. A weekend getaway shouldn’t be expensive and should be adventurous. There are places all around the world that are perfect for a trip like this!

Even though it’s called the honeymoon capital, Niagara Falls is a great weekend getaway if you’re on the east coast. Depending on where you are coming from, it’s just a few hours drive to the city. Located just outside of Buffalo, there are two sides to the falls. On the American side, you can enjoy the various shopping outlets as well as the state park. Also, explore the bottom of the falls on the maid of the mist boat ride. As well as the many hotels and spas and casinos. The Canadian side is much larger. Located in Ontario, there is an abundance of things to do in the province. The most famous being Ripley’s Believe It Or Not full of fascinating artifacts and exhibits. Also, enjoy the various wax museums and restaurants as well.

This Midwestern city is a great weekend hot spot. You can walk along the Navy Pier. Catch a game at one of the oldest baseball stadiums in America at Wrigley Field. Tailgate at Soldier Field and watch the Bears. Visit Michael Jordan’s statue and catch a Bulls game in the process. Take some photos at the Bean or on the observation deck of the Sears Tower. Visit the Shameless House and feel like a real Gallagher. Eat a deep-dish pizza or enjoy a real Chicago hot dog!

The nation’s capitol! Sandwiched in between Virginia and Maryland (you can stay in either one). Explore all the cool things that DC has to offer. The majority of the museums and monuments are free to the public as well! Learn about African American History at the Smithsonian’s African American History Museum. See some of the most famous portraits of the Smithsonian Museum of portraits. Eat at the various restaurants around the city. Go see the wax figures at Madame Tussaud’s. And walk along the river or bike around DC!

A slice of New England. It’s one of America’s oldest cities! Boston is very large but there isn’t a ton to do. Making it the perfect place for a one-day getaway. From where I live it was only about an hour by plane. Stay at the Kimpton 9o Boutique hotel across from Boston’s central park for a scenic view. Go to the second oldest baseball stadium in Fenway Park. Catch a train and catch a game at Boston’s TD Garden. Walk around the city and visit several historical sites around one of America’s first cities.

Party on the strip. Vegas is sort of the typical weekend vacation. As the saying goes, what happens in Vegas…stays in Vegas. Vegas is great. You can catch a concert or show at one of the various resorts on the new or old strip. You can “visit” every country on the strip as well. Go to an afternoon pool party and see some of the most famous DJ’s in the world. Take a trip to the desert and see one of the wonders of the world in the Grand Canyon.

Not to be confused with Vancouver, WA. Vancouver, B.C. is slowly becoming one of the most popular places in Canada! This movie-making hot spot is a beautiful region. You can always see a film or a TV being filmed in various parts of the city. You can also travel up to the sleepy town of Whistler and stay and one of the various mountain resorts with a view. This is the perfect Pacific Northwest region to enjoy the ultimate fan getaway.

When I think of Phoenix I think of red rocks. The warmth of the sun and the sprawling deserts. As well as the fact that every house looks like it should be in architectural digest. Phoenix isn’t a huge town but it’s big enough. Located in the heart of Arizona….this town isn’t too far from its neighboring cities. You can catch a Suns, Diamondbacks and Cardinals game on any day of the week. Go party as ASU or AU and enjoy one of the various game-day tailgates. And hike in the desert!

Home of Starbucks and Grey Sloan Memorial……Well, at least one of those is a real place and not fictional. This seaside town is weirdly perfect. Known as the Emerald City (due to the rain), visit the Pike Market Place. Stick your gum on the gum wall. Overlook Seattle on the Space Needles observation deck. Ride the monorail. Visit the very first Starbucks! Go see pop culture exhibits at the MoPop (Museum of Pop Culture).  Be one of the 12th men at the Seahawks game or catch a Mariners game.

Whether its Oakland or San Francisco, the Bay is unique to California. In San Fran, visit the Full House or have a picnic in the park. Take a night tour at the prison of Alcatraz. Go to the Redwood State Park or take a photo of the San Francisco Beach. Catch a Giants game At&t Park or Niners game at Levi’s stadium. Drive across the bridge and explore Oakland. Enjoy the food and scenery that Oakland has. Catch an A’s game or one of the final Raiders games at the Coliseum. Drive an hour and stay at one of the Napa Valley resorts and enjoy wine country!

They legalized it…..Denver has become very popular over the last few years due to one thing; weed! The city located in the mountains has become a popular destination. Visit the many weed-infused businesses in the city! Catch a Broncos, Rockies or Nuggets game. Go skiing or snowboarding in the nearby city of Aspen. And enjoy the beautiful scenery.

Going away for the weekend is always needed. It’s something that helps us decompose and reclaim ourselves. I always found that a weekend getaway were some of my favorite trips because of the places I got to go and the memories I made. And the things I got to see.

We all need time to ourselves and going to a place unknown to us helps us in creating memories for ourselves. As well as creating self-help techniques. Comment below or share some of your favorite places to go on a weekend trip.

The 10 Best Places to Study on Simmons’ Academic Campus

10 Of The Easiest Eyeliners To Apply For Beginners