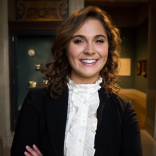 In a year like 2020, it’s hard not to want a little bit of escapism. While we work to build a better future, here are 20 movies that feature the finest fashion of the past.

Phantom Thread won Academy Award for Best Costume Design at the 90th Academy Awards–just what you would expect from a movie about a luxury fashion designer. Daniel Day Lewis–in his final role before retirement–gives a stunning performance as a controlling haute-couture dressmaker in 1950s London embroiled in a tempestuous relationship with his muse. Lewis’s character sews secret messages into the dresses he creates, making literal an idea that fans of historical fashion have known all along: clothing is so much more than it seems.

Few people in history have been more influential fashion icons than Marie Antoinette. Kirsten Dunst brings the infamous queen to life in this extravagant movie that captures the opulence of French royalty out of touch with their starving subjects. The movie does an amazing job of accurately presenting the Rococo costumes and hairstyles that were so important in Marie Antoinette’s reign, gives fashion its due prominence as a key part of Marie’s personal and political identities.

The core of  Memoirs of a Geisha‘s success is its aesthetic appeal, a large part of which is due to its Academy-Award-winning costume design. The film follows Chiyo Sakamoto, a young girl who is sold to a geisha house and eventually becomes a successful geisha. Much of the plot is propelled by the relationships, competition, and intrigue between the women who fight to thrive in a cutthroat industry.  The costumes are lush and vibrant, with an incredible attention to detail is in itself a work of art.

It’s hard to overstate the well-deserved success of Downtown Abbey. It’s the most Emmy-nominated international television show in history, and the most popular British series since the 1980s. And of course, a crucial part of the polished period series is its impeccable costumes. Set between 1912 and 1926, the series allows viewers to watch the evolution of fashion in the early twentieth century. The show showcases styles distinct to both older and younger generations, as well as both the upper and lower classes.

The most glaring defect in the canon of American and European period dramas is the overwhelming lack of representation for people of color. In recent years, directors like Amma Asante have been working to change that.

Asante’s film Belle is based on the 1779 painting of Dido Elizabeth Belle and her cousin Lady Elizabeth Murray. The film is refreshing in many respects, not the least of which is the uplifting opportunity see a Black woman character wearing the glorious gowns and jewels of the aristocratic elite.

This 2012 musical movie is an emotional and aesthetic tour-de-force. This movie has everything: romance, revolution, revenge, redemption, and really amazing costumes, from the ragged to the resplendent. Set in 1812, 1824, and 1832, Les Miserables offers a unique opportunity to watch how fashion evolved over the course of the early nineteenth century.

If you’re a fan of the Tudor era of historical fashion, The Spanish Princess is for you. It follows Catherine of Aragon, the titular Spanish princess through a dangerous political and personal minefield leading to the throne of England. Better binge season one now, because season two is premiering this fall!

Baz Luhrmann captures the frenetic energy of the 1920s and the glittering tragedy of F. Scott Fitzgerald’s classic in this colorful riot of a movie. It won the 2014? Academy Award for Best Costumes, and deservedly so. From Jay Gatsby’s flashy suits to Daisy’s glamorous flapper dresses, the costumes help tell the story of the fated 20s socialites with a fresh, yet faithful voice.

Based on Leo Tolstoy’s classic, this movie depicts the fated love affair between the married socialite Anna Karenina and the wealthy officer Count Vronsky. From Tom Stoppard’s adapted script to Keira Knightley’s Oscar-nominated performance in the titular role, this movie is tragically beautiful. IThis beauty is underscored delightfully by the exquisite costumes that won the film awards for Best Costume Design at both the Oscars and the British Acadamy Film Awards.

This one is a little off the beaten path, but if you’re looking for the crème de la crop of historical fashion in film, there’s few movies I would recommend more.

Alexander Sukurov’s Russian Ark meanders through the Hermitage (a magnificent palace turned art museum) and through three hundred years of Russian history in a single, continuous, 92-minute take. It’s at times intimate, at times grand, focusing on everything from a hushed conversation between the doomed Tsarina Alexandrina and her sister, and a magnificent, twelve-minute scene of an 1820s ball.

Between the necessary English subtitles and abscence of a traditional plot, this may not be your typical Friday-night movie, but if you settle in and enjoy the ride, you’ll find its rich aesthetic and emotional beauty to be extremely rewarding.

Most of the time, period dramas use beautiful costumes to romanticize the period in question. In The Favourite, director Yorgos Lanthimos brilliantly does the opposite. The clothing, like the rest of the 17th century court landscape Lanthimos paints, appears almost grotesque in its realism. The pre-modern makeup and hairstyles–so often inaccurate in period movies–underscore how ridiculous and inauthentic Queen Anne’s court is, making the costumes a perfect and indispensable part of the wickedly smart dark comedy.

You might recognize this 1968 film from your ninth-grade English class. There’s a reason every English teacher in America prefers this particular film adaptation of Shakespeare’s masterpiece, and that reason is director Franco Zefirelli’s dedication to period accuracy and realism. So if you’re a medievalist, a romantic, or just a fan of men in tights, do yourself a favor and watch Romeo & Juliet.

This popular Netflix drama follows the reign of Queen Elizabeth II and her intimate family life, from her time before the throne through her leadership in the 21st century. The show is re-cast every two seasons to account for the aging of the characters. Claire Foy plays the leading role in the first and second seasons, Olivia Coleman in the third and upcoming fourth, and Imelda Staunton is set to take over the role for the final fifth season of the widely-binged show.

If you haven’t had a chance to see this movie yet, put it at the top of your list. It’s equal parts heartwarming, thought-provoking, and soul-inspiring as it tells the timeless story of four sisters in 1860s America. Although Little Women has been adapted over and over again for every generation, Greta Gerwig’s 2019 version brings a new feminist commentary that adds a special zing that Louisa May Alcott herself would have loved. As if the pot needs any more sweetening, the movie won the most recent Academy Award for Best Costume Design!

The swanky sixties style is just one of many, many reasons to love the 2016 hit movie Hidden Figures. The film tells the stories of three of the Black women scientists and mathematicians whose groundbreaking work was critical to the success of NASA’s astronaut missions during the Space Race.

This movie is an older one, but trust me when it’s worth the watch, especially for anyone who loved medieval period costuming. Katherine Hepburn delivers an Oscar-winning performance as Eleanor of Aquitaine as she spars intellectually, politically, and emotionally with Peter O’Toole’s Henry II  over which of their children will inherit the throne. Simultaneously history, political thriller, and family drama, this movie will have you on the edge of your seat from start to finish.

A rare example of a happy LGBT+ period drama, Gentleman Jack is an HBO dramedy based on the true story of Anne Lister, a suave and stubborn landowner gentlewoman who openly married another lady in 1832. Not only is this show beautiful, funny, and romantic, but it offers a rare look into gender-nonconforming period fashion.

This movie is best described as a kind of ‘Princess Bride’s answer to Shakespeare’: it is not a true story, nor does it pretend to be. Instead, it creates a beautiful fantasy behind one of the English canon’s most famous love stories and it’s author. It will make you laugh, and cry, and coo over the gorgeous, Academy-Award-winning Elizabethan costuming.

Dreamgirls is a Motown-inspired musical drama that pays tribute to and explores the development of R&B in the 60s and 70s. Modeled on the real-life Supremes, the all-female Detroit singing group The Dreams navigate the world of R&B music and a manipulative manager. If you’re a fan of the sweet sounds of R&B or the glittering gowns of the 60s and 70s, Dreamgirls is the movie for you.

This film adaptation of Rogers & Hammerstein’s classic musical offers a rare opportunity to witness beautiful period costumes from the East and West at the same time. The film is based on the memoirs of Anna Leonowens, the English governess of the children of King Mongkut of Siam in the 1860s, and explores the complexities of overcoming cultural differences. It won an Academy Award for costume design.

Which period drama do you think has the best historical costumes? Tell us your favorite in the comments below!

20 Outdoor Halloween Decorations That Will Transform Your House