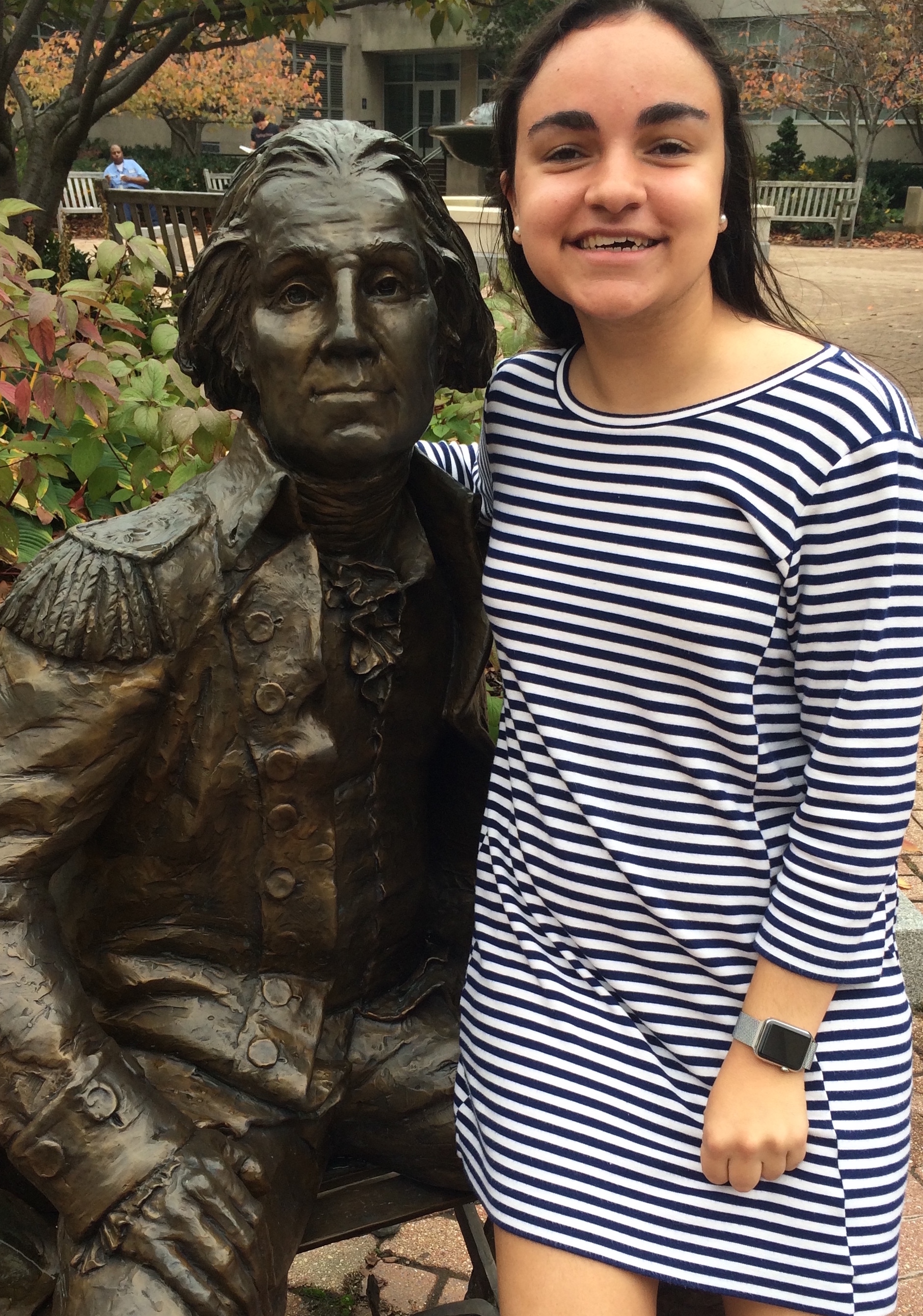 I'm a student at The George Washington University with a…

Deciding when and where to snap those celebrity selfies, especially when you are a student at GW is pretty important and usually easy.  If you are a student, alumni, faculty, or staff at GW, you probably know the 10 most common people you’ll always run into at George Washington University. Who have you spotted?

It is a no brainer that this is number one.  Every D.C. college student hopes to gain political knowledge and create his or her own destiny, while working for some of the government’s policy makers.  A Hilltern, otherwise known as a Capitol Hill intern, files casework, writes letters, and answers constituent calls.  You likely have more friends than you can count on your fingers and toes who have interned at the Capitol whether it be for a Senator, their local congressman, the Democratic or Republican caucus, or the secretary for a Committee.  It could have taken you a while to become a Hilltern, but you probably achieved that goal by now.

Your classmates start asking you for the best strategies to be accepted to these internships. You know by heart that the metro ride to Capitol South takes only thirty minutes if it were not for Safe Tracking and then another five-minute walk to the security scanners outside of Cannon, Longworth, Rayburn, Dirksen, Hart, or the Russell House and Senate buildings. It is positive to say that these unpaid business attire internships, reap great benefits and networking opportunities.  Seeing Nancy Pelosi, Paul Ryan, Cory Booker, and Mitch McConnell in the underground tunnels (WHERE YOU’LL GET LOST!) is just another normal day. After all, GW would not have its #OnlyAtGW moments, if it were not for it’s Foggy Bottom location.

In the past year, GW has welcomed Senator Bernie Sanders, Sen. Amy Klobuchar, Sen. James Lankford, Sen. Cory Booker, Sen. Christopher Coons, and other United States senators to their campus.  Of course, this can be attributed to GW being the most politically active campus in America, four years in a row.

Dana Bash and Chuck Todd are alumni of GW and serve on the board of the School of Media and Public Affairs.  President Obama has been interviewed by Stephen Colbert.  Jon Stewart has hosted a GW version of the Daily Show at over four Parent Weekends. Anderson Cooper has been interviewed at GW over a dozen times and is casually seen on campus at Whole Foods.  Dana Bash has been a regular occurrence on campus during the presidential campaign cycle.

This may not be a person, but the Presidential Motorcade is equivalent to the dog ate your homework.  It occasionally makes everyone late to class.  It wakes you up in the morning.  It causes your Uber to be delayed.  It makes you miss the next metro ride.  And you should be happy, at least, you got to see the motorcade and President Obama.  But, you are not!  You are annoyed after seeing it five times within the week.

GW has the biggest College Democrats chapter in the country, so you will probably see more college liberals here than at any other college campus.  The biggest campaign trips involve speakers who are running at local, state, and federal levels.  They host the DC Board of Education, Democratic National Committee, and other debates. When they talk politics, they can substantiate their cause with rock solid evidence and dismiss the stance of the College Republicans.  As elitists, they dress the part during school political events in formal business attire.  #GWCollegeDems #ImWithHer #StrongerTogether #FeelTheBern

6. George and the Hippo

The school mascot is always present.  George can be seated next to the Colonial Army at a Basketball game, at Fall Fest entertaining students, at final exam snack break, and Midnight Breakfast.  Sometime the unofficial mascot, the Hippo, can be lurking around the corner.

10 Planner Apps For The Non-Traditional Organizer

Over the last decade, Ultimate Frisbee has been planting its face on numerous college campuses.  With G-dub Ultimate, you practice on the Polo Fields past the National Mall.  Not every college Frisbee player, can say they practice next to history. Joining any one of GW’s Ultimate Frisbee teams, is an experience of a lifetime.

When you are a 20 minute walk from the Lincoln Memorial and National Mall, your home is tourist central.  While selling Krispy Kreme donuts at the metro for your club, people come out from the metro speaking different languages asking which way to walk towards the monuments. During the Cherry Blossom festival in April, students attempt to avoid the tourist questions, but inevitably are asked one or two.  Although, students become tourists themselves by posting photos of the Blossoms, their visits to Capitol Hill, or the opening of the new National Museum of African American History and Culture on Facebook, Instagram, or Snapchat.

If you are an avid foody at GW, you can name every food truck that appears on H Street.  Captain Cookie, Swizzler, Rolling Cow, Brooklyn Sandwich Co, Quick Bite, Tasty Kabob, Bubble Tea Licious, CapMac, Chick-fil-A Mobile, Dangerous Pies, Chix N Stix, Maki Shop, Popped! Republic, Z-Burger Mobile, Tapas Truck, Tempo Di Pasta, Tokyo in the City, you can name them all.  What stinks is only 4 accept your GWorld card, which means you plummet further into student debt and accept the consequence of living in a food desert.  On the upside, organizations tend to hold fundraising events with the trucks which makes you visit them more frequently to support your friend and their club. And you will never forget, the poor House of Falafel truck that had a grease fire injuring three people and revolutionized the GoFund Me, DC community.

Whether it’s the Secretary of State or other State Department officials, they cause the line at Beefsteak, Sweetgreen, and Whole Foods to grow in length. Secretary John Kerry was on his lunch hour at Whole Foods buying a salad, causing tremendous gridlock in Foggy Bottom just because his secret service SUVs illegally double parked.

I'm a student at The George Washington University with a major in Political Science and a minor in Sustainability. I am passionate about baking masterpieces, playing ultimate frisbee, and studying politics. I'm obsessed with Scandal and Grey's Anatomy and want to pursue a career in environmental law.

The Typical Day Of A Student At The University Of Michigan

10 Places To Visit In Washington State