In a school with over 40,000 students, how is it that, from Pizza House to the Big House, I keep seeing the same people?! It’s easy to feel a little bit lost, especially as a freshman at the University of Michigan. But, once you’ve settled in, and especially when you’re about to graduate, you’ll see that there’s an enormous community of Wolverines spread throughout Ann Arbor, the United States, and the entire planet! Even before you head out into the Wolverine-filled world, here are ten people you can count on seeing here, whether you like it or not! Keep reading for 10 people you always run into at the University of Michigan!

I met the washboard player when I visited campus as a child with my dad on a football Saturday. “Look, Daddy, what’s that homeless guy doing?” I whispered as we passed the man, strumming on a washboard and stomping his foot, which he’d attached a maraca to. He’s far from a homeless guy, I learned—he works in a U of M lab. Anytime it’s warm out, you can count on seeing Tom Goss sitting by the Ugli, playing his washboard, making people smile.

You met each other in the newly renovated East Quad, both smiling wide with excitement. You walked together during the campus tour, you roamed the city together after dark. You made tons of plans together, about what craziness you’d get into during the fall. And then you promptly never spoke to each other again, once real-life hit that following September. But you still see her around, and you always want to go say hi. But you don’t, because you can’t remember if her name is Anna or Katie. You’re pretty sure it’s Katie. But not 100%.

3. The friend with their parents.

You totally forgot they mentioned their parents were coming this weekend (which means you can’t score a free brunch as your friend’s “plus one”). Chances are, they’re headed into either Angelo’s or Café Zola. You see them and smile, and they give you a look that clearly says, “If you dare blurt out any of our drunken shenanigans to them, I will cut you.”

They’re the same year as you, but they still rock a lanyard around their neck and/or wrist, and their yellow TCF hoodie. No shame though, because Michigan gets cold and those hoodies were free.

Because Fleetwood Diner is open 24-hours and has menu items like “Hippie Hash”, you’re bound to see a couple chill-looking people who remember old U of M traditions (like “The Naked Mile” or when the bell tower rang till midnight so you could streak across campus as punishment for stepping on the “M”). These people are way cooler and wiser than you are, 100% guaranteed.

U of M squirrels are some of the chubbiest in the world. Since we—squirrels and students—share the Diag, they’re bound to steal a few treats now and then. It seems that each time I walk through the Diag, there’s someone who’s actually lured the squirrel (with cheese popcorn and/or Jimmy Johns bread, usually) onto their lap. I’m always a little envious of the squirrel-whisperer, but that admiration is quickly replaced with my fear of rabies.

7. The werewolf and his violin.

“What are you smoking?” my friend from high school asked me as I told her about the werewolf and his violin with a completely straight face. I can’t make this up, and neither can literally every other Wolverine who has seen him. He’s super talented and super furry. Easily one of the most interesting people you always run into at the University of Michigan!

8. The guy on the Diag who tells you you’re going to hell, AKA “The Diag Preacher.”

He falls into the group of people you always run into at the University of Michigan that you wish you didn’t. I remember the first time I saw the Diag Preacher, as he waved his hands in the air and told us we were all destined to burn for eternity. He listed U of M students’ sins (who says “excessive tailgating” or “frequenting Skeeps” is a sin?) and I got a little wigged out. Then I realized, he’s a guy in cargo shorts and leather sandals telling us we’re all eternally doomed. Yeah, no.

They’ll be hanging out in Tripper’s Alley, debating which background they want for their latest pic. The poem on the ceiling is inspiring and ominous, but the teeny expletives on the wall are also super ironic. Decisions, decisions.

These are people you always run into at The University of Michigan that drive you insane. Usually a year younger than everyone in the class, eager to announce how freaking sweet they are. My finance teacher asked if anyone had any questions about a problem. Her response: “Not really, but because I was a pre-admit and I registered early for this class…” We get it, you’re wicked smart, you’ll be our boss one day. But for right now, this 10 AM discussion is too early for your pretention.

What are the other types of people you always run into at The University of Michigan? Comment below and share the article! 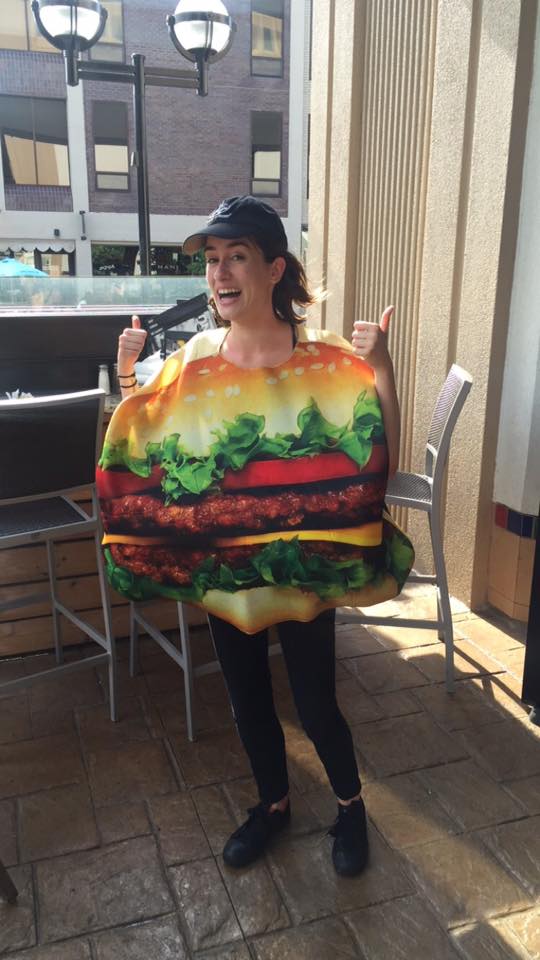 Best Places To Grab A Bite Around Rutgers

How To Start A Fitness Routine You Can Stick To

Choosing A College: The Pros And Cons Of Staying Local

6 Types Of People You Meet At The Gym

I Caught Mark Wahlberg In The Hood