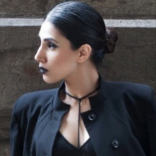 Seasonal Flowers To Gift Loved Ones

Celebrities break all types of stereotypes (this is no news, right?). Many of our favorite men and women in the show business are trailblazers in a lot of movements and often use their platform to address issues that need more attention—this is why we love all those celebs who are activists and kind-hearted philanthropists!

Now, if there is one issue that a lot of these famous men and women have stood for then it’s equal rights for the LGBTQ community. Hundreds of celebrities have rallied together to get same-sex marriage legalized over the years. It’s not a surprise that they want things to work out for those who belong to the LGBTQ community. And, was there success? Yes! As a result of activists, strong lawyers, and those who believed in equal human rights, countries around the world are understanding the basic human right of loving whoever you want.

Has this impacted our celebrity community? Of course! Hollywood’s seen an admirable amount of celebrity same-sex couples and it’s so inspiring to see them finally live out their fairytales.

For those who wanted a brief rundown, here are our favorite celebrity same-sex couples!

Everyone’s favorite philanthropist and talk-variety show host Ellen DeGeneres tied the knot with Australian-American model and philanthropist Portia de Rossi in 2008. They’re certainly one of the most famous celebrity same-sex couples. They got married in a private ceremony at home, right after same-sex marriage was legalized in California. The women are often seen singing each other’s praises and still profess their love and respect for each other like they just met. Their beautiful bond is going 11 years strong and counting!

Although the two announced their engagement in 2011, soon after the gay marriage equality bill was passed in the state of New York, the couple had already been secretly engaged for 5 years! They tied the knot in an intimate ceremony in Italy in 2014 and today, they’re parents to twins Harper and Gideon.

Star Trek fame George Takei and his husband Brad Altman were the first same-sex couple to obtain a marriage license in West Hollywood in 2008. Now, that’s what we call making history! They’ve been married for over a decade now!

These two amazing men were only able to announce their love after same-sex marriage was legalized in Britain; Elton John and David Furnish were together for eight years before they made their big announcement! They got married in 2014 and there’s no looking back for John and Furnish. Things are looking brighter than ever!

Fact: Ricky Martin announced his engagement to Jawn Yosef on the Ellen Degeneres Show. Martin went on to admit (on the show) that he didn’t propose to Yosef like anyone else would. Instead of asking, “Will you marry me?” the singer got creative. He remembers taking out the ring box and saying something along the lines of, “Hey, I got something for you!” Creative, isn’t it? The two have been together since 2016 and are going strong!

Everyone knows her as one of the funniest women in the showbiz, but Wanda Sykes is also wife to Alex Sykes. The pair got married in 2008 and have been together for over a decade. Now, these two women are a true example of true love and a good relationship!

Did any of these celebrity same-sex couples come as a surprise to you? If so, which pair? Which couple if your favorite?

Seasonal Flowers To Gift Loved Ones