I’m going to tell you all a story about this stupid freshman who got really hammered at her first college party and wound up in the hospital with alcohol poisoning. That freshman was me.

In my defense I’m going to start off by saying that my school was ranked the number one party school by The Princeton Review, so it was not unexpected that we were going to be partying hard. There I was, bright-eyed fresh meat, brand new on campus, going to the early orientation day we had before other freshmen got there. We spent all day telling other people our names and majors, and I just kept thinking, “damn, when are we going to party?”

I got kind of friendly with one of the seniors there, who invited me and my new dorm buddy Hayley to a party they were having. Eager to make an impression as a badass, I picked the scariest looking girl out of the group of upperclassmen, threw $40 at her and told her to buy me a couple bottles of Captain Morgan. That scary girl ended up being my best friend, by the way, so that was definitely not a loss.

I was on the rowing team and hurt my shoulder before coming to school, so I tried to cover it up with a lot of Tylenol, Advil, and Aleve. I washed down two of each with a tallboy of Budweiser before we got picked up. This was my first mistake. By the time we showed up to the party (not even 5 minutes later) I was pretty buzzed. Hayley and I sat down, mingled a bit, and were passed one of the bottles of booze. We started playing cards, but when it came down to it, the only game we universally knew how to play was Go Fish. Trying to be a badass again, I thought it would be a good idea to take a swig for every pair someone else got. This was my second mistake.

By the time we were midway through the third round, I was done my bottle, and feeling tipsier than I had ever felt before (and I partied hard in high school). I didn’t want anyone to know I was messed up so I texted Hayley, who was right beside me, that we should go. She realized how bad I was getting, so she covered for me and we left. I stumbled to a bus stop with Hayley practically carrying me. From there it gets a little hazy.

Tip #3: don’t get to a point where you have to throw up in a giant condom.

I remember throwing up in the bus terminal. I remember tripping and falling trying to get onto the bus. Hayley let me sit by the window, which I remember hitting my head on as I got in (I didn’t even feel it, though). I don’t remember getting off the bus, but somehow I remember walking and meeting some hot British guy. From there, the blackout ensued.

I woke up in a hospital bed with doctors and nurses yelling at me to stay awake. I was still mostly in the bag when they pumped my stomach. My first real coherent memory was when I practically begged an orderly to get me one of those vomit tray things. No really, I used the words “vomit tray thingies.” He came back with this compressed plastic bag that looked like a giant blue condom. I was still out of it and said to him, “is it really THAT big?” in the most suggestive way imaginable (I got a laugh out of him).

Why I Chose Community College Over A 4 Year College

Tip #4: don’t be escorted back to your dorm by police.

A few hours later, I was discharged, and they had a cop drive me back to my dorm because my blood alcohol level was still 0.12. It was 8 a.m. by the time I got back, and people were helping their kids during the official move-in day. I must’ve still smelled like alcohol, because I got a high five and a wink from my next door neighbor’s dad. I slept off what I could, then went to find Hayley. What follows is the lowdown of what happened in the blackout phase, as told to me by Hayley.

I introduced myself to the British guy in a British accent and told him a random story as if I were actually from England. Apparently he believed it because I got his number. I stumbled another quarter mile through campus and lay myself completely still on one of the statues on campus. Hayley got really scared so she called campus police and they came over. I got up and introduced myself as if I were completely sober but then fell over. They called an ambulance, and I got up again as if nothing happened. They asked my name and I told them it was Sidney Crosby. They asked me my real name and apparently I kept insisting my name was Sidney Crosby.

They took me to the hospital because my blood alcohol level was 0.32. They gave Hayley my phone and other things, including one shoe to a pair of Sperry’s. I was apparently carrying it around with me as I walked through the quad barefoot. Hayley didn’t realize until she got back to her dorm that it was a men’s shoe and mine were missing. So I’ve learned my lessons and want to pass them on to you all. Bottom line, don’t steal another man’s shoes and definitely don’t wind up drunk in a hospital after your first college party (or preferably, ever).

Have any more tips on what NOT to do at your first college party? Comment below! 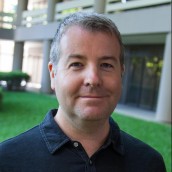 Jersey is an Exercise Science and Business Administration major at SUNY Potsdam and enjoys playing club rugby & other recreational sports outside of class.

20 Realizations All Recent Graduates Have