If you’re a New Yorker, you’re prone to sticking out like a sore thumb anywhere you travel. The midwest is CLEARLY no exception. So next time you’re looking for an empire state of mind in America’s Heartland, follow these tips.

New Yorkers take their pizza serious. REALLY serious. So when a New Yorker first gets a glimpse of what midwesterners call ‘authentic’ pizza, you may just encounter a tantrum on the spot. Oh, and for the record, the world is round and so is pizza(@Domino’s).

New Yorkers always have places to be and things to get done. Unlike the stereotypical kind-hearted midwesterner who greets every person on the street with a warm “hello”, New Yorkers tend to keep moving and focus on nothing, but their next task in mind. So don’t be appalled by the quick glances and rushed remarks that may seem rude at times. Just know that you, my friend, are dealing with a New Yorker.

4. NY’s All Black Everything Palette.

New Yorkers wear a lot of black. Although they don’t dress as if they’re attending a funeral, New Yorkers just naturally tend to gravitate toward darker colors within their wardrobe palette. I promise you that on a warm sunny day, it would be a good guess to say that the girl wearing black shorts in a room full of bright Lily Pullitzer is a true NY native.

5. The Sassy Vibes of a New Yorker.

While the stereotypical, ‘New York is rude’, comment is well known, I’m ready to bust this myth. It’s not that New Yorkers are rude, they’re just wildly sassy. New Yorkers definitely have an attitude. And for every sentence that comes out of their mouths, it’s commonly followed by sarcasm. New Yorkers mean well, I promise, but their edgy personalities certainly get the best of them sometimes. New Yorkers are actually pretty easy to spot at restaurants. Just listen in on them sarcastically calling their atomic chicken wings mild.

New Yorker’s walk as though they are on fire. Figuratively speaking, we are! It’s pretty easy to spot a New Yorker on the streets when they walk 50 miles an hour.

I’m pretty sure New York invented road rage. With the amount of traffic NY deals with on average, New Yorkers have accumulated to curse words and car honks at anyone holding up other cars. Remember, New Yorkers are always in a rush. So that nice midwestern man who takes his time on the road in his 97′ ford pickup truck will probably encounter some questionable words from a very impatient New Yorker.

New Yorkers are accustomed to loud noises, sirens, etc.. This could be problematic during a tornado drill. Oh well, I guess New Yorkers will figure that out when they see the funnel. Maybe if you see someone who looks unbothered by the sirens, you could show the New Yorker that it’s best to maybe retreat to somewhere a little less deadly.

9. “Fawget aboutit” (NY Translation of ‘forget about it.’)

Yup, that Brooklyn accent sticks out anywhere it goes. It’s rare, but when you do come across that New York twang, you’ll be able to identify those New York roots in a heart beat.

New York is unique and so is the midwest. So maybe we can take these differences and use them to find a balance of both worlds in our society. Now all we need to do now is show the midwest how REAL pizza is made and we’ll be living in a better place.

Do you know any other ways to spot a New Yorker in the midwest? Let us know down below! 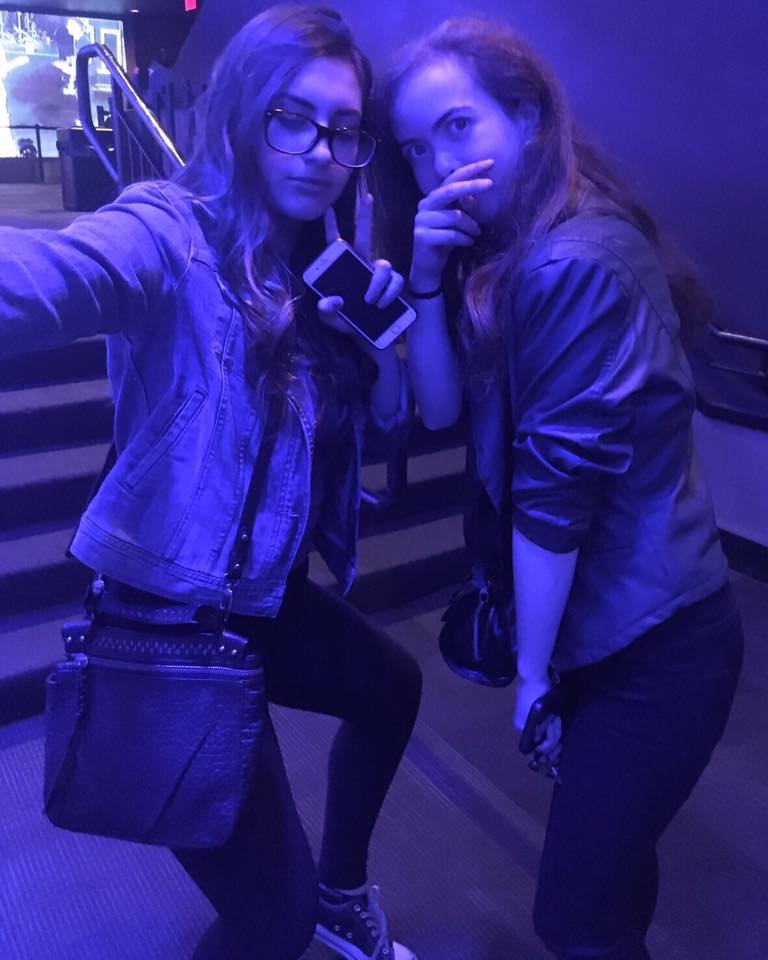 "Just another broke college kid who wears glasses that are bigger than her actual face. Oh, and I love chinese food. -LM"

15 Ways To Live A Healthy Lifestyle In College