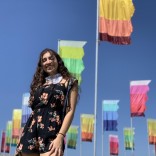 5 Tips For A Vegetarian 4th Of July You’ll Love

With the final season of Game of Thrones premiering on Sunday, I thought it would be a good idea to share my top 5 most shocking moments. While Game of Thrones is full of crazy twists and unexpected deaths, there are some moments that are just so shocking that you become speechless. These are moments that I will never forget from the show, and that makes the show memorable for me.

1. Bran “falling” from the tower

This was quite a way to start off a season. The entire first episode was amazing, but it’s what happened at the end of that episode that got me hooked. When Cersei and Jaime were doing their thing up in the tower, I was shocked! I couldn’t believe my eyes. They were brother and sister! Then, when Bran caught them, I figured that it was over for them. This was how they were going to get caught and then all will be good! I didn’t know what I was getting myself into with this show, and I couldn’t have been more wrong. Jaime shoved him off of the tower, and, although he miraculously survived, losing both of his legs, I knew that Game of Thrones was going to be nothing like what I expected.

This one really got me. I didn’t see it coming, not for one second. I thought this was the way that everyone was going to be happy. Robb was with the love of his life, Lord Edmure was set up with a girl that was prettier than he expected, and Arya was almost met with her family. Boy, was I wrong. They stabbed Robb’s wife in the belly, killing their baby, killed Catelyn Stark, and killed Robb, with Arya left to watch from outside. I had never been so shocked by something on a TV show.

It wasn’t that Arya killed him. I could see that coming from a mile away. It was more so that she was the girl that was giving eyes at Jaime Lannister (which makes sense bc shes a savage), and then that she baked his sons into a pie. I had no idea that it was her up until she said “They are right here” and pushed the pie towards him. The girl kept saying that his sons were here and I was just as confused as Walder Frey, and just as shocked by the reveal. Arya is a master killer at this point, and she is one of the scariest characters in my opinion. That was a great moment.

4. Cersei blowing up the Great Sept of Baelor

Just when we thought Cersei could not get any worse, she surprises us. Well, at this point it’s not really surprising, just upsetting. When she blew up the Great Sept of Baelor, killing Margaery, most of her family, and many innocent people (along with the High Sparrow but I don’t really care about him), I couldn’t believe my eyes. So many of the characters, especially some primary ones, died so quickly. And then, to keep it going, Tommen jumped out of his window. Another main character is gone, and Cersei is left with no children. She really is something terrifying.

5. Tyrion finding out Shae has been sleeping with his father

When Shae went up to the stand and spoke poorly of Tyrion, I was upset, and a little surprised. Who found out about her in the first place? Why is she doing this? I understand that Tyrion had hurt her, but I didn’t think she would go this far to hurt him back. Later, when Tyrion goes to kill his father and finds Shae in his bed, I couldn’t believe my eyes. I had figured that it was Cersei or someone else, but I had not for a second assumed it was his father. It was a very shocking and upsetting scene, especially when Tyrion had to kill her. Game of Thrones really hurt me with that one.

Are you excited for the new season? What are the most shocking moments of Game of Thrones in your eyes? Let me know in the comments down below!

5 Tips For A Vegetarian 4th Of July You’ll Love

5 TV Episodes That Caused A Lot Of Controversy

What Brooklyn Nine-Nine Character Are You Based On Your Zodiac