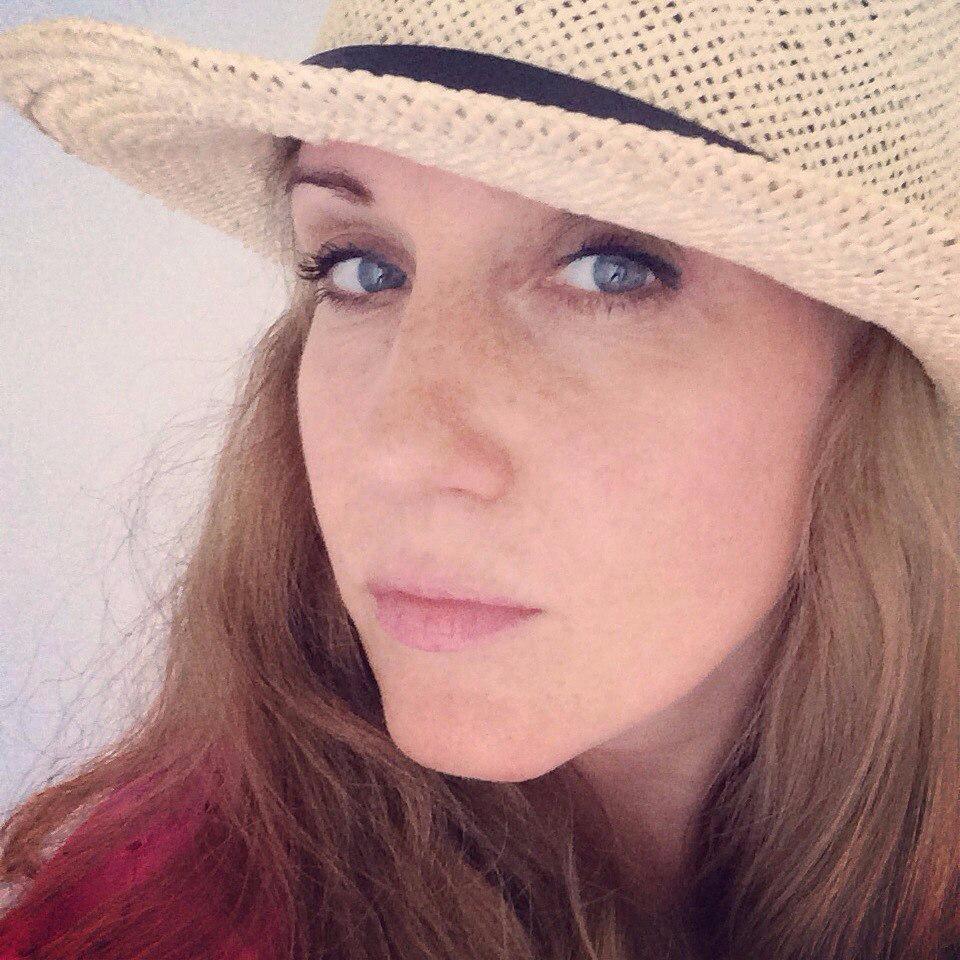 Pat Fredshaw is a freelance writer for essay supply. She…

College, it’s the time of your life. But the road to academic excellence can be a bumpy one. Especially during your freshman year.

For a lot of students, it’s the first time they’ve been on their own.  And while there can be some growing pains, if you know the pitfalls to watch out for, you can make it through your first year not just in one piece, but in better shape than when you started it.

So with this mind, here’s 20 mistakes every college freshman makes.

A simple rule to remember: that loan check is not your money.  Sure the check has your name on it, but it’s simply an investment that you’re expected to pay back (with interest) in the future.  So be wise with it – i.e. use it for school, not to have a good time.

So put any extra money you have in your savings account.  And in four years when the banks come calling, you’ll be able to make the timely payments without ruining your credit score.

When you get to college you’re going to be hit with a blast of freedom, unlike anything you’ve ever felt.  Your day is your own and so are the decisions you make.  But for a lot of students who’ve always had tight curfews or had their mom’s keep them on a strict, healthy diet, freshman year is a monster opportunity to throw the shackles off.  And while it’s perfectly fine to do a little partying on Saturday night or order yourself a midnight pizza, you’ve got to keep it all in check.

So don’t abandon the good habits you’ve developed up to this point.  Keep exercising, eat healthy – most of the time – and please, drink responsibly.

With PowerPoint slides and notes being available online, it can be tough to convince yourself you need to actually go to class.  But you don’t want to disconnect yourself from the learning process.  You’re spending good money to be at OU and it’s a lot tougher to get a good grade simply by going over your notes.

So push the Xbox aside, save the mall for later and get to class.

4. Not Seeing the Free Cash

We all know free lunches don’t exist, but there’s a lot of free money to grab if you know where to look.

What am I talking about?

The grant programs and scholarships offered by foundations and companies that students are either not aware of or don’t make to effort to seek out.  So check out your opportunities and get yourself a nice boost for your monthly funds.  And remember, money given is way better than money lent.

Companies love candidates with experience.  And while it can be tough to get the job you want without experience, it’s fairly easy to land a good internship while you’re in college.

The companies know you’re in school so a lack of experience isn’t an issue for them, and there’s not much at risk for them financially since a lot of the time they don’t actually pay you.

But that’s the beauty of it.  They get a bright, wide-eyed, eager-to-learn student as free labor, and you get crucial knowledge, experience, and training that will pay off big time after you graduate.

While it might seem like you’re being proactive when you’re signing up for those 8:00AMs, you’re just making your life harder than it needs to be.

College nights are late ones, the winters are harsh, and your professor is already annoyed he has to be there so early.

So unless you’re an incredibly sound sleeper and you just love getting up early, do yourself a favor and schedule some 10:20AMs instead.  Your grade point and overall well-being will thank you for it.

7. Not Getting To Know Your Professors

Instead of getting lost in the shuffle of a 60 or 70 person class, use it as an opportunity to get to know your professor and build up some sort of rapport.  Sit in a spot where you’re visible to the prof, be involved in class discussions, and occasionally take a few minutes to chat afterward about the day’s lecture.

Not only will this enriched your experience with the course, but if you’re planning on going to grad school, you’re going to see some of your undergrad professors to vouch for you.  And to do that, they need to know who you are.

8. Not Keeping An Eye On the School Calendar

A lot of freshmen tend to ignore important information that’s right in front of their face.  So when you go to college’s website and see a page that lists crucial dates for students, you’ll want to take a few minutes and look it over.  I’ve known more than a few people who’ve missed the window to drop a bad class because they didn’t know the dates you needed to withdraw by.

See that big, beautiful library over there?  Your tuition is paying for that and it’s loaded with more “free” stuff than just about anywhere in the modern world so you’d be a sucker not to take advantage of it.

Not only is the library the ultimate place for studying, it’s also a nice quiet place for naps, meet a few people, or just kill some time between classes.

10. Not Getting A Meal Plan

While not 5-star gourmet, campus food is surprisingly decent.  So get yourself a plan and load up while you’re in there – because studying and an empty stomach don’t make for a great partnership.

If you thought to copy and to paste articles out of Wikipedia was a good idea, you probably wouldn’t be attending college in the first place.  But the truth is you don’t want to mess around with any forms of plagiarizing.  Professors can spot plagiarism quite easily and you’re far better off doing the actual assignment, or even seeking out a professional, for example at Essay Supply, than getting burned for stealing another’s work.

12. Not Getting Involved With A Campus Organization

They’re easy to ignore, but not joining a group at OU will keep you from some great networking that will not only benefit you during your college years but in your post-grad life as well.  Whether it be a young entrepreneurs group, a fraternity, or some sort of charitable organization, the collection of people you’ll meet could put you on course for some very bright job or business opportunities down the road.

13. Not Taking Advantage of Office Hours

Hanging out with your statistics prof during your free time might not sound like a blast, but it’s an excellent chance to get some 1-on-1 help with the class, discuss grades, contest a point, or simply complain.  You’re spending a lot of money to take the class, you might as well get every dollar’s worth.

14. Taking the First Day Off

Excited about spending 50 minutes going over a syllabus while your geology professor advises you to spend another $70 on supplemental reading?

No?  Well, show up anyways.

You never know, you could have a professor who throws you a lecture or assignment right out of the gates, and missing that is not what you’d call getting off to a good start.

15. Not Getting To Know Classmates

You don’t have to be a social butterfly, but you’ll be doing yourself a big favor by finding an in-class ally or two.  You’ll most likely miss a class occasionally and have a buddy to get notes from or study with will be a real asset as the weeks roll on.

16. Not Reading the Syllabus

Freshman who doesn’t bother to read the syllabus do so at their own peril.  The syllabus tells you the essentials you need to know – think of it as a contract stating the rules of the class.  Want to know how many classes you can miss before you’re dropped from it?  The exam policies?  What have you to actually do in the class?  Read the syllabus.

A lot of times freshman load up on classes and then around mid-term realize they’ve made a grave mistake.   Your college career is a marathon, not a sprint.  So stick with 15 or 16 credits per semester the first time around, and if you’re feeling gutsy and want to up the stakes to 20 or 24 your sophomore year, go for it.

Your career is not supposed to make you miserable and neither is your college major.  Taking a major you don’t’ want to because it’s “expected” of you, it a bad idea and will only come back to haunt you down the road.  It’s your money and your time, so think about what you’re interested in, make sure that there’s an actual professional future in it for you, and make your decision then.

In high school, you associate summer school with having to take classes over you failed.  And if that mindset carries over into college, you’ll miss the opportunity to alleviate the pressure of getting all your credits in by taking a course or two during your summer break.  So as your freshman year winds to a close, don’t just see it as a time to take a few months off, consider taking a summer course.

Between the demand for college’s courses and the competition from other students, it’s easy for the freshman to feel overburdened.  And while no one will ever slap you on the wrist for studying too much, you don’t want to turn your first year into some kind of post high school punishment.  You only get to be a freshman once, and the great thing about college life is you can let loose with friends while in an environment that’s for more forgiving than the post graduate world.

Being a freshman can be a bit of a scary thing.  But by taking to heart and avoiding the “mistakes” listed above, you’ll have a much better chance of not just surviving, but thriving during your freshman year at University.

Have you made any of these mistakes as an Oakland freshman? Have any tips to avoid them? Comment below!

Pat Fredshaw is a freelance writer for essay supply. She is also a blogger, tutor, and volunteer from Oakland, California. She is fond of writing articles related to the education, college life, marketing, and self-growth.

What A College Student Can Takeaway From Rachel Hollis