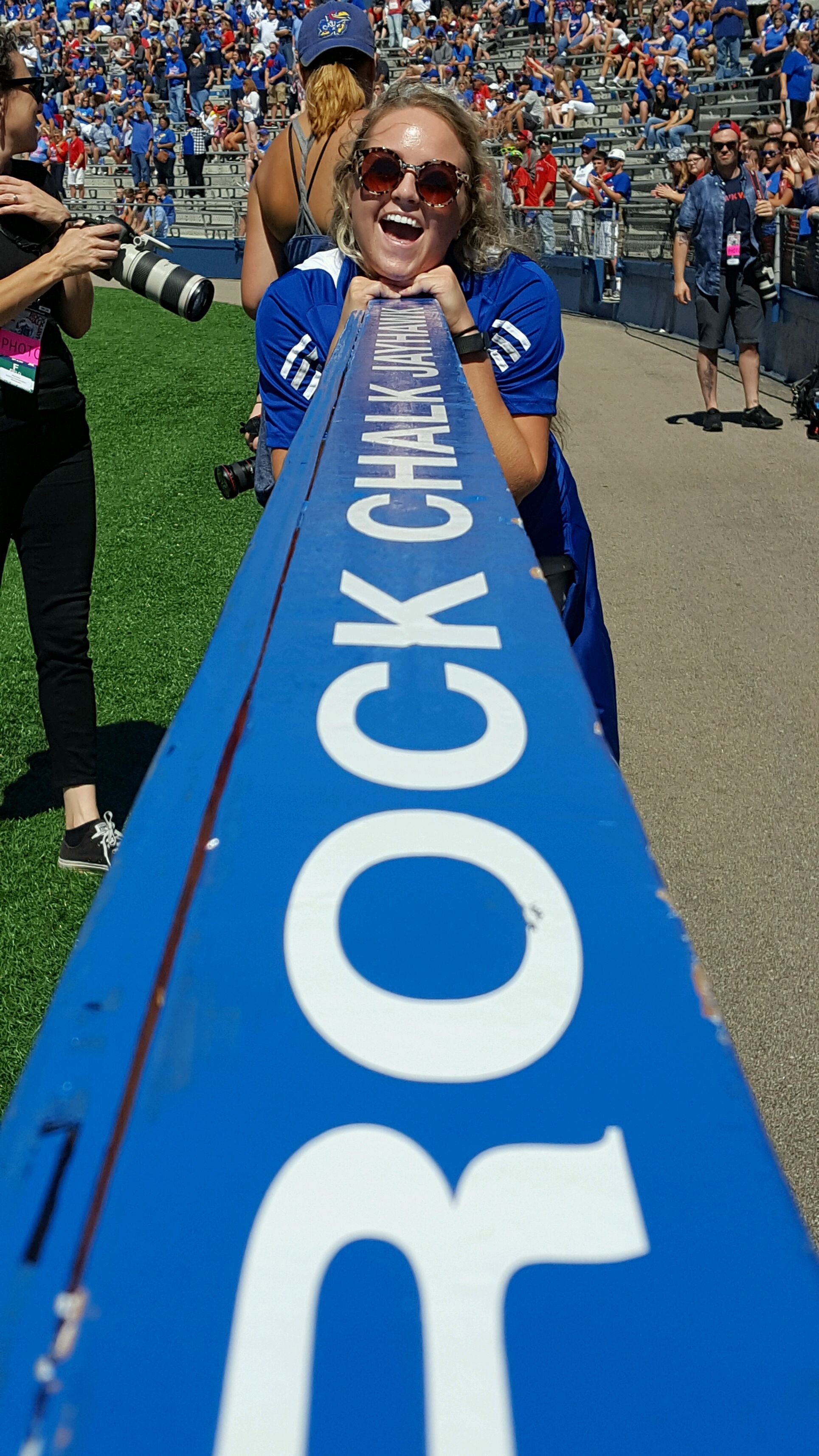 "Hello! My name is Baylee and I am a Jayhawk…

Ever wondered how men really feel about Valentine’s Day? As the holiday season concludes and the New Year has arrived, many of us have begun to think about the upcoming holiday and whom we want to spend it with. Yes, I’m talking about Valentine’s Day. Many of us college ladies are hopeless romantics who want to be swooned with expensive chocolates, massages and endless kisses. But are women the only ones who fantasize of a day filled with cliche courtship? Have you ever wondered how men really feel about Valentine’s Day? Do the men in our lives actually dread it…or do some of them feel pressured to act in a way they don’t feel is necessary? To find the answers, I took to the most boundless source for information currently known to man; social media. Here is what 15 guys (of all ages) had to say about the holiday founded on love…

(P.S. Contrary to popular belief, it is very easy to get guys to open up, especially to a woman, about a holiday that they think we care so much about.)

“Honestly I don’t give a shit about Valentine’s Day, but I do do something on that day for
Hannah [girlfriend], otherwise it’s just a normal day, lol.”

“I think it is a made up event that causes stress of getting the proper gift or the consequences of not doing so. In reality, if that is the only day one expresses commitment to one’s spouse or significant other, there is a potential one feels taken advantage of or unappreciated. Commitment, loyalty, even romance should be expressed more than once a year. Having said that, I am guilty of falling into the Valentine’s Day trap.”

“I don’t have a babe yet but if you try hard enough I am pretty sure your odds are higher for a date. Girls like the whole Valentine’s Day…it’s all romantic and shit. Chicks love that shit man.”

“My opinion of Valentine’s Day has changed a lot over the years. In elementary school I had my mother buy all the girls in my class flowers from me. The girl I “liked” at that time got two flowers. I was a natural born hopeless romantic. But as I grew up, I became less interested in making everyone else feel special on Valentine’s Day because no matter how many flowers I gave out, I never got any Valentine’s, myself. (In retrospect, I probably didn’t get any Valentines because I was a little shit who stole kids’ toys and ended up in the principle’s office everyday. They literally had to put me on a daily review system with thumbs up, thumbs sideways, thumbs down for behavior…. but I digress.)

….As I grew older and discovered more things about myself [including my pan-sexuality which is inherently very counter to the male/female norm perpetuated by Valentine’s Day] and the world around me, I doubted a lot of what Valentine’s Day stood for. I began to perceive Valentine’s Day as a hetero-normative geared mass marketing scheme to exploit the love of couples so they will buy Hallmark cards, flowers, and candy while simultaneously alienating those who are single (for whatever reasons) expecting them to yearn for someone to buy Hallmark cards, flowers, and candy. I still definitely believe that to a very large extent.

….However, my senior year of high school I got my first ever Valentine specifically written for me. It was a confession of adoration from an anonymous individual. I was so… happy! and my confidence was through the roof for the rest of that day. That individual ended their Valentine with “I can’t believe I’m finally confessing how I feel to you. I’ve waited for so long. Happy Valentine’s Day.” This last sentence gave me a revelation. Sure, Valentine’s Day is a capitalist model to exploit the public, but it also might be a way for people to gain the courage to confess their feelings and THAT is a good thing. That is a very good thing. Valentine’s Day is generally not good, however it CAN BE a gateway to positivity, courage, and confidence.”

“I’ve been with her for almost four years and neither one of us thinks of Valentine’s day to be very important. We try to make each other feel loved and special every day of the year, not just on Valentine’s day!”

“Even though I am single, I still love it. The idea of a romantic adventure is always luring.”

“I feel like it is a way to waste a dude’s wallet.”

“It is a day when you get to spend time with the love of your life and be able to enjoy each other without any drama, just you and your Valentine. It is also a time to gain more memories with your bf/gf and to surprise them with beautiful gifts or flowers and to watch a smile light up on their faces. It’s a day filled with love and happiness that nobody can ruin and you will remember that moment you and your partner shared on valentine’s day.”

“Well I’ve been single since high school so I couldn’t care less about Valentine’s Day, is that bad?”

“I’m single, but I have fantasies.”

“This is kind of tricky to talk about, because it is my wife and I’s anniversary. So it is important. But if it wasn’t our anniversary I don’t think it would be as important, honestly it is very commercialized. I would rather have something last all year round and displayed for a whole year rather than displayed all on one day. It is more important to women than it is men.”

“It’s stupid unless you are dating someone. Even then it’s a holiday to celebrate women. Why is it on men to plan the date?”

“It’s literally just another day. I don’t wake up feeling any different like you would on Christmas or something like that. It’s just a boring excuse to treat someone better than you normally do.”

“Okay so Valentine’s day is a mix day for me. Obviously it’s awesome if you have someone to spoil and it also sucks if you’re single because it’s depressing! But with all that said I love the day in general because one day I will have an awesome/wonderfully beautiful wife that I will show off to the world. That thought alone just makes me so excited for my future and for the Valentine’s days to come!”

Even though there is not a unanimous answer to how the male population feels about Valentine’s Day, it is obvious that all of them have some sort of opinion. Whether it is positive and they are absolutely in love with the day or it is negative and they hate the premise, every guy in your life probably has something to say about the holiday. Whatever the case may be, I hope you have the best Valentine’s Day of your life (so far, of course, because we are all still young). Better yet, I hope that every day of your life is filled with lots of love, or as my mom would say, “L.O.L.” and is spent with someone of your dreams!

Guys, do you have any more insight on How Men Really Feel About Valentine’s Day? Let us know in the comment section below to get featured!

"Hello! My name is Baylee and I am a Jayhawk at the University of Kansas. I have been a sunflower state girl my entire life. Born and raised just down the road in Topeka, I have lived in Kansas since the beginning of my time. Nonetheless, I love to travel. I have been out of the country three times and I try to go to a new city at least once a year. During my travels I love to see the world and experience different cultures and lifestyles. I am currently pursing a degree in strategic communications and sharing my thoughts with you along the way! I hope you enjoy my articles and please contact me with questions or suggestions for future material. xoxo- Baylee ...in case you were curious, I am a cat person because my favorite hobby is napping"

How To Know When It’s Time To End A Friendship