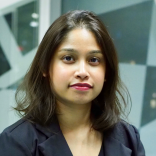 6 Hats You’ve Been Missing All Your Life

Ten Years and 22 Films Later, we say goodbye to our favorite Marvel’s Avengers for what we hope is not forever. Many fans worldwide have learned many life lessons, cosplayed as our favorite superheroes, wished every night they would wake up an Avenger. However, the #1 gift Marvel Studios presented its viewers with was the friendship goals of the Avengers everyone aspired to.

For once, the science and engineering class became much more interesting in the hearts of viewers. First spotted in Marvel Studios first Avengers movie, we see the famous Tony Stark and Dr. Bruce Banner team up to decipher a way to analyze Loki’s scepter. The two brilliant scientists rejoin forces again in Avengers: Age of Ultron to give life to none other than Utron himself. Despite the horrific results of their creation, the bonding scenes between Stark and Banner inspire many young girls and boys to not only love science but to find that one friend they can invent with.

Although their comic book relationship takes a different turn, Marvel’s Avengers represents the Black Widow and Hawkeye as best friends. An argument can even be made to label them as bickering siblings. Despite their origin, Natasha Romanoff and Clint Barton aspire viewers to find a friend that takes you for what you are. Even though the Black Widow had a past covered in blood and darkness, Hawkeye loved her for who she was, and would have never willingly turned his back on his partner in espionage. Not only does this friendship break the stereotype that girls and boys cannot be platonic friends, but it also inspires all genders to love their friends despite their pasts.

Despite her representation in Marvel’s Avengers, the Black Widow was actually a part of a Russian Supersoldier program, making her just like Captain America. Although it was never mentioned in the cinematic universe, we do get to see a lot of bonding between Captain America and the Black Widow. Specifically in Captain America: The Winter Soldier, Captain America: Civil War, Avengers: Infinity War and Avenger’s Endgame, our two favorite soldiers put their friendship to the test when battling the evil forces of Hydra, an Avenger’s family feud and even an alien invasion.

Although the friendship’s beginning was near invisible, the characters’ endings showed us just how much they cared for another and bonded over the past 10 years. Not only this but the actors who play the characters – Scarlett Johansson and Chris Evans – are very close friends as well. For this reason, Captain Steve Rogers and Natasha Romanoff’s friendship is one to aspire to, because it aspires viewers to find a friend that you can overcome many challenges with – someone you can trust to always have your back.

This friendship never took flight until the latter half of Marvel’s Avengers movies, but the chemistry between Captain America and Thor was always hidden between the comparison of brute strength, and worthiness to wield Mjolnir. It was only until Avengers: Infinity War did we see the bonding over facial hair that fans started begging for more scenes of Thor and Captain America’s friendship. The pair aspires viewers that when in doubt find a friend you can bond over facial hair with.

It would be wrong on our part to not mention the most iconic duo of Marvel’s Avengers friendship goals – Captain America and The Winter Soldier. Both dead and alive, the friendship between Steve Rogers and Bucky Barnes aspired Captain America to be the best solider he could be, and evidently save his long lost brother from the grasps of Hydra. Marvel Cinematic Universe pushes and pulls this friendship through every obstacle imaginable, without breaking the bonds between them. For this reason, Marvel’s Avengers aspires us to obtain the friendship goal of finding a friend that is with you to the end of the line.

There are so many Marvel’s Avengers friendships to mention, we lost count! Which one is your friendship goal? Did we miss mentioning one of your favorites? Comment them down below!

Fight The Sun With These Sunscreen Beauty Products

6 Hats You’ve Been Missing All Your Life