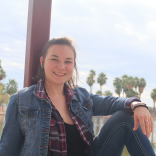 When hosting a fourth of July party, you have to have some fourth of July activities themed games to play. Luckily, there is one that is both invigorating and nerve-racking.

Jenga is a classic game that everyone knows and loves. It is all about concentration, focus, and keeping balance. It is the game to play when trying to test the level of competitiveness of your opponent(s) and yourself.  It is a game where people of all ages can play. However, what if we changed that, and make it to where only people of a specific age, 21+, could play?

You could make your next game of Jenga more exciting than it already is by making it to where only adults can play. With this new twist added, you can do almost anything with this game. Before starting the game, hand out a Jenga block to every guest and have them write something on the block in a sharpie (colored or not). After everyone has finished writing something on their block, assemble the Jenga block tower with the very blocks you collected. Now, whenever someone successfully can pull out a Jenga block they have to do the action or say the saying that is written on the Jenga block. It could be something as simple as drink water or pick up the trash. It could also be something as outlandish as take 3 shots or lick the person to your right’s neck. You get where I am going with this. What’s better than testing the waters of this new and fun adult-version Jenga than on the USA’s birthday party?

Slip n’ slides have been a long time favorite. Being used most during summer vacation. Even adults like to get their slipping and sliding in after a long day of work. I know my Dad did. Now, Slip n’ Slide kickball has surfaced, and it is booming like the firework finale show, displayed on every fourth of July night.

Slip n’ Slide Kickball is exactly what it sounds like. A simple game of kickball, but instead of running to first, second, third, and home base, you are sliding on the slip-n-slides that is your baseline. That is not all. Not only are you sliding to your bases, but you are crashing and slipping into them. The bases, in this version of kickball, are kiddie pools. Allowing you to sit and cool down form the summer’s heat, before you have to start slipping and sliding to the next base. If you have yet to play Slip n’ Slide Kickball, then put it on the list for your next fourth of July party. Who wouldn’t want to have fun while keeping cool, in the hot afternoon that is Independence day?

Everyone has heard of the game Beer Pong., and whether you have played it or not, everyone knows how to. Two teams, ten cups arranged in a pyramid formation, filling each one with an alcoholic beverage or water, and a ping pong ball. The objective: eliminate all of your opponents’ cups by successfully throwing the ping pong ball in the opponents’ cups. Simple and easy. However, what would happen if the game was played on a much larger scale?

Lawn Pong is a fan favorite. It is generally played the same as regular beer pong, just on a much larger scale. Instead of setting up 10 plastic cups on your ordinary beer ping pong table, you will set up 10 giant yard buckets (size is up to you), each filled with water or an alcoholic beverage. I suggest using water in this game, depending on how big your buckets are. Also, instead of using a teeny tiny ping pong ball, you will want to use something more durable, like a soccer ball or a volleyball. Other than those quick adjustments and standards, Lawn Pong is played the same way as Beer Pong. You can even include a few special rules. Listed on PongCaddie’s website are a few special/weird rules that they highly recommend you use, to make your Lawn Pong game more interesting. Some of the rules’ names include Head Hunter, Pull-Ball Rule, and The Harry Potter Curse. If the names do not make you want to play your own game of Lawn Pong, to test these special rules, I do not know what else to say.

You cannot have a fourth of July party without a little trivia, to complete your fourth of July activities. It is your country’s birthday. You should have some knowledge about how and why it happened. Put your American Revolutionary War to the test with a fun trivia game. You can split your guests into teams or test the knowledge of each individual. Some questions you can ask include how many stripes on the U.S flag are red, how many signers on the Declaration of Independence were there, or which President was born on the fourthth of July. If a team or individual is unable to answer the trivia question correctly, they must take a shot.

What are some fourth of July activities you play at your party? Let us know in the comments below. 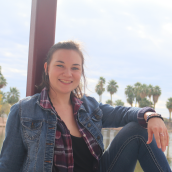 The Best Places To Celebrate 4th of July in the USA

DIY Fourth of July Decorations To Make On A Budget

The Best DIY Fourth of July Decorations You Can Make

12 Fourth of July Flag Cake Ideas To Copy This Year

The Best 4th of July Sales To Shop This Summer