Apple’s iPhone SE and iPhone 11 are all very similar to each other. However, Apple’s new iPhone SE is almost $300 cheaper than the iPhone 11. Are you confused about which one is the right fit for you? Here we will discuss the differences between the two and what exactly you can expect from each phone. Then, hopefully, you can make a decision based on what phone will be right for you.

The iPhone SE is an updated version the original phone that was released four years ago. The original iPhone SE was supposed to be a budget 4-inch iPhone. Four years later, Apple has introduced many upgrades to the SE. The new SE is physically identical to the iPhone 8, but comes with lots of updated features. Some of these upgrades include wireless charging, better camera lenses, and a water resistant feature. The headphone jack has also been updated, meaning that if you choose to purchase this phone, you will also have to purchase new updated headphones to go with it. The iPhone SE starts at $399, which is super affordable for an Apple product. The iPhone SE is offered in the colors black, white and red.

If you’re into photography, you might be pleased to find that the iPhone SE comes with lots of updated camera features. One of those updates is portrait lighting, which allows you to choose the right effect in order to focus on your subject in the best possible light. The camera can also record 4K video at up to 60 frames per second, and also supports slo-mo and time-lapse videos. It comes with almost all the same features of the iPhone 11, just with a smaller screen. It also supports wireless charging. Inside, the iPhone SE is equipped with the most up-to-date chip technology, featuring an A13 Bionic chip that claims to be the fastest chip in a smartphone.

When it comes to battery life, the iPhone SE boasts faster battery life than older iPhone models, and is also capable of fast charging (it can charge up to 50 percent of its battery life within 30 minutes). The iPhone SE comes in a variety of storage capacities, which can also affect its price factor. The lowest memory is 64 GB, and the highest memory capacity is 256 GB. The 64 GB model is the cheapest version, priced at $399. The 256 GB model is the most expensive option for the model, retailing for $549.

Reviews for the iPhone SE are overall positive, as most people enjoy the phone’s high performance combined with its affordable price. The downside is that the device is dated, and on the smaller side. If you are a fan of Apple’s old iPhone models, then you will most likely love the iPhone SE. It comes with all the modern upgrades, but still has the same feeling that older vintage iPhone products did. It’s also a great option if you’re looking for an Apple product without the expensive price point.

The iPhone 11 is Apple’s newest iPhone release. It costs $300 more than the iPhone SE, but comes with many of the same features. One of the main advantages to this phone is its bigger screen. It also comes with higher definition camera features, a wider angle-camera lens, and a better selfie camera. Additional features include night mode, lighting adjustment features, spatial audio, and improved durability over other iPhone models.

The iPhone SE was released in April 2020 and, aside from its smaller size and smaller price point, the overall experience won’t be all that different from the iPhone 11. The point that the iPhone SE is trying to make is that you don’t have to break the bank to buy into Apple’s services. They still have offered a high quality product at an affordable price. However, the iPhone 11 is meant to appeal to those who enjoy the luxury of having a bigger screen, as well as those who are more knowledgable about photography and have that as a priority for their phone.

In conclusion, the iPhone SE will probably be a better choice for customers loyal to Apple who want the iPhone experience on a budget. The iPhone 11, on the other hand, will be better suited for customers willing to pay more for a phone that is designed to bring the best out of what Apple has to offer. Those who are photographers, do more online streaming, and get more overall use out of their iPhone would probably benefit much more from spending a little extra on the iPhone 11, if their budget allows for it.

At first glance, the iPhone SE and iPhone 11 appear to be very similar to each other, and it may be hard to judge what phone is the right choice for you. The differences are not dramatic, but hopefully this comparison allows you to narrow down your choices a bit more!

Which iPhone would you choose? Is there a specific Apple product or feature that you love? Let us know in the comments below! 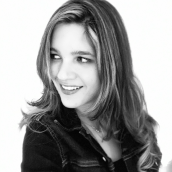 Allison Havermale grew up in sunny San Diego, California. She is a senior at the University of British Columbia in Vancouver, Canada, and is majoring in English Language & Literature. She has a passion for food, literature, traveling, fashion, and beauty, and is hoping to pursue a writing career in one of those fields. When she’s not reading or writing, you can usually catch her at the beach or grabbing brunch with friends!

Picking the Right Laptop for College (Mac vs PC vs Tablet)

Turn a Book Into a Phone Charger

Computing in the Core Coalition

Reasons Why People Need To Unplug From Technology

5 Apps You Should Delete From Your Phone For a Week