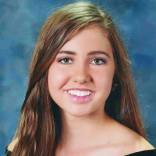 Car Sex Isn’t It And Here’s Why

Fresh with New Year’s resolution ambition, two weeks ago I decided I would finally give in to my roommate Nicole’s undying pleading to come along with her to her hot yoga class. I thought it would be a great way to get in that exercise I had been talking about since January 1st.

Boy, was I wrong.

My first mistake occurred way before I even stepped into the hot yoga class. See, the night before was my friend Donna’s 21st birthday. Donna has been my best friend since high school, so it was a given that I was going to go out with her to celebrate.

Several hours and five long islands later, I was stumbling into my apartment with both hands full of satisfying, greasy fast food.

Not enough hours later, my alarm clock went off, as did my pounding headache. Cursing myself for last night, I dragged myself out of bed and got ready for the way too early 6:30 class.

It was entirely too cold and entirely too early for anyone to be awake at this hour, I thought to myself, as my roommate excitedly chattered away without stopping for breath as we drove to the yoga studio.

My headache was still raging on like Donna and I did last night. I had waited until the very last minute to get out of bed that morning, so I barely had time to throw a pair of leggings and a shirt on, much less make myself breakfast and drink a glass of water.

I hadn’t even stepped into the studio yet and I was already struggling.

As we entered the building, my roommate excitedly showed me to the front desk and announced to the very awake looking receptionist that it was my first time. I filled out a release form, paid my $19, and was pointed to a room to my left.

Our instructor introduced herself to us and said her name was Sarah. Sarah looked to be around 5’10 and was as skinny as she was tall.

She was wearing coordinated leggings and sports bra set, her hair was in a perfectly slicked back ponytail, and she had somehow managed to create a no-makeup makeup look before 7 a.m.

I, looking the exact opposite, had just sat down on my mat, but the heat was already killing me. I was sweating like nobody’s business. I felt like I was in an oven.

I looked around desperately, but no one seemed to be suffering like me. My roommate waved excitedly to me from across the room.

Instructor Sarah started the class with a few simple poses, easy enough right? Wrong. Five minutes in I was drenched in sweat and very much regretting those burgers I drunkenly devoured.

The last thing I remember was instructor Sarah asking everyone for the downward dog in her bubbly voice. Then everything went black.

I woke up to every face from my class staring at me. I had fainted, not even 10 minutes into the class. Embarrassed and just wanting to go home and pass out in my bed, I assured everyone I was fine and left as quickly as possible.

I learned a few things from my very brief hot yoga class. First of all, don’t go out the night before and eat a bunch of greasy food that may come up in your hot yoga class. Second, don’t choose a class that starts at an ungodly hour like 6:30 a.m.

Lastly, maybe choose a different way of getting exercise that doesn’t make you feel like you are a rotisserie chicken being cooked at 450 degrees.

Overall, I enjoyed my very short stint with hot yoga. I learned a few things, and now I know to never, ever do that again. Now I know why I had to sign that release form.

Have you ever tried hot yoga? What was your experience like? Let us know in the comments!

Car Sex Isn’t It And Here’s Why

Exercises To Stay Fit While Traveling