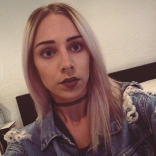 10 Scholarships For Freshmen That Will Help You Afford College

As a reckless teenager, I lived a life of instant gratification and selfish decisions, which all changed once I was sentenced to 6 months on house arrest. At the time, I thought it was just a consequence to suffer through until I learned a good lesson. After it all happened, I realized it was more than just that. It changed me into not only a different person, but a better one and here’s how:

I learned to be more independent.

Throughout the time I spent at home with an ankle bracelet attached to me and an inability to step foot outside, I learned how to become more reliant on myself. I wasn’t able to see all my friends and even my family continued on with their lives as they normally would, while it seemed I was stuck on pause. I didn’t know what to do with myself without others around me to distract from all the things I was actually meant to work on.

I was face to face with who I was and how I needed to change. The only way I could do this was by doing it on my own, since no one else was around to help. I kept myself busy, and found ways to be productive while on my own. I wrote, a lot. I exercised. I read. I made a life for myself that didn’t rely on other people.

I realized how important my health was.

When you’re trapped in your house with nothing to do and no one to talk you, you suddenly become very aware of your own body and state of well-being. Not only was I suffering through depression, but I also had issues with my body and eating habits.

It’s inevitable that someone in this position will suffer from the loneliness. I managed to take these issues and turn them into positive lessons. Instead of sitting around, watching TV and snaking on junk food—I decided to do at home work outs and cook for myself. It not only took up a good amount of time, but it made me feel better—not only about my body, but my mental stability benefited from it as well.

It gave me the opportunity to learn more about myself.

The only way you can really get to know yourself is by being alone. The presence of other people tends to distract us from our own thoughts and pressures us to act according to who we’re around. Every day, I was face to face with who I was. Not only that, but I had plenty of time to see the parts I loved and the parts I wanted to change. It was both freeing and confining at the same time.

I became more self-aware, which also taught me the lesson of having to work on yourself in order to make the changes you desire in your life. I started writing every day, planning out to do lists and creating goals I never would have if it weren’t for all the time I had to do it. I was finally able to see exactly who I was and what I wanted out of life, which then led to me actually getting those things.

I discovered what it took for me to become a better person.

How would you deal with being on house arrest for a long period of time? Let us know in the comments below!

10 St. Patrick’s Day Outfit Ideas That May Help You Get Lucky

10 Scholarships For Freshmen That Will Help You Afford College

Everything To Know When Dying Your Own Hair

How To Forgive Yourself And Move On