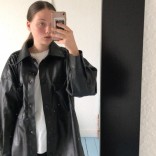 To say that Victoria Secret’s models are iconic is somewhat of an understatement; from Adrianna Lima to the Hadid’s, Victoria’s Secret Angels get a huge amount of media attention, and not in the least of this is just how they look the way they do.

What inspired me to do this diet

Now, I’m not really one for dieting, I think that huge amounts of the media’s coverage of diet culture is totally and utterly detrimental. However, I am interested in health and nutrition, particularly around exam season when my diet tends to go to hell, with cheap ramen, microwave burrito’s, energy bar and red bull. This means that I spend most of the time feeling bloated, tired and struggle to focus.

So I got to thinking, would the strict Victoria’s Secret Model diet make me feel better during this time? I tried it for a week to find out.

What did I eat?

There are many different variations of the Victoria’s Secret Model diet, but the focus is mainly on high portions of fruit and vegetables, no dairy, lean protein, no alcohol, carbohydrates (sweet potatoes and brown rice are allowed in moderation) no sugar and no processed food. I kept my diet to 80% fruits and vegetables, and 20% fats and proteins.

Now, I instantly ran into a few problems. Mainly that I’m vegan, so the lean protein sources that the Victoria’s Secret Models eat, like salmon and chicken, simply wasn’t an option. Also, most Victoria’s Secret Models don’t eat past 6pm, which for me is pretty impossible, as I’m either in the library until 6pm or 7pm, or I’m working a late shift at the bar I work in.

Normally for breakfast I have a sesame seed bagel slathered with non-dairy butter, but this week I swapped that for green juice smoothies (my favourite is kiwi, banana and spinach), and on days where I felt I needed more energy, I went for a banana and peanut butter smoothie with Oat Milk – which definitely kept me fuller for longer.

For lunch I had celery, cucumber and carrot sticks – I worried most about this meal, thinking that I wouldn’t be full up, but I didn’t find this at all, I actually felt less bloated and more energised than normal. Throughout the day I snacked on nuts and dried fruits.

Dinner was mostly veg – I love greens so I had large portions of kale, spinach, broccoli, green beans, peas, pac choi and courgette. On the side I’d have a small portion of brown rice or sweet-potato, and another vegetable, like corn on the cob, peppers and mushrooms. I’d have a portion of nuts or tofu with each meal for protein.

How did it change my week?

I drank a minimum of two litres of water per day, generally I drink around 1500ml a day, so this wasn’t too hard for me, though I did feel bad for the person next to me in the library as I got up to pee every half hour. Aside from coffee, this was all I drank. Normally, I drink a lot of red bull and other fizzy juices so I really noticed the impact of not having these, and I felt so much better.

I also found this diet super cost effective – vegetables are very cheap to buy, as is brown rice. I also ate out a lot less this week and didn’t buy any cheeky snacks while I was on campus. I spent around £20 a week on food the week I did this diet, so for a student budget this is definitely very feasible.

How did I fid the diet overall?

So how did I fid the Victoria’s Secret Model diet? I was sceptical in the beginning. I thought that I’d spend most of the day hungry and tired, that I’d be leaving the library every five minutes to get more snacks, and that I’d struggle to focus.

But I actually found the diet really great. I had more energy, and by the end of the weak I definitely felt lighter. It was also great encouragement to eat more vegetables and to think more about my protein in take, which is definitely something I’ve struggled with since going vegan. The structure worked really well for me, I planned my meals around my study schedule, finding that I spent less money on food on campus each day, and I felt way more organised.

This is definitely something that I’d like to replicate more in my day to day life, but I don’t think this is something I could stick to 100%. Processed foods and sugar were easy to cut out, and I definitely noticed the benefit really quickly. But frankly, I love carbs and booze too much to think about cutting them out of my diet permanently.

Would you ever consider doing this diet? Let us know in the comments!

All pictures are my own