Spot red flags before it’s too late. If you’re headed on first-date soon, you’re going to want to look out for these. First dates can tell a lot about a person simply by the way they act or present themselves. A first-date should always be the best example of a person. They obviously want to impress you so they’ll almost always be showing their best qualities, and if those are no good, that’s a sign. Here are some red flags to look out for on your next date.

If you’re spending time alone with someone and all they’re interested in is their iPhone screen, clearly he’s not the one sis. No man should be more interested in his social media feed than the lady sitting across from him. This is extremely rude. It shows he’s uninterested in the conversation and is looking for something better to do that doesn’t involve you. If he can’t listen to you on the first date, what makes you think he’ll ever listen to what you have to say? If he pulls out his phone for any other reason than to put it on silent (or God forbid a real emergency) he probably doesn’t deserve a second date.

This is one of my biggest values in life. If you’re out to eat and your date is rude to the waiter or waitress, someone who is working there to help you, I would just get up and leave. There is nothing more disrespectful than when someone treats a worker like they’re not a human being. Sure he can treat you nicely because he likes you and wants to be around you, but if he can’t treat every human being with the respect they deserve that is something I can’t stand to be around. This applies for when you go anywhere, not just out to eat. The movies, ice skating rinks, retail shops or anywhere you guys go together. If he can tell off a worker for accidentally handing him the wrong size ice skate, steer clear.

Makes Every Conversation About Himself

Does he ask questions to get to know you? Does he let you get a word in between his rambles? Dates shouldn’t be one-sided. It’s a time to get to know each other, not just get to know him. If his conversations consist of what he likes, where he works, his funny stories and he doesn’t bother to ask you, chances are he doesn’t care. It seems like he’s only on the date to brag about himself, doesn’t it? That’s not someone you want to date. If he only spends time talking about himself, how is he supposed to know if he likes you for you? Don’t let him be the star of the show, that’s not how relationships work!

Orders Your Meal for You

Girls, we love food, and we love to eat all of our favorites. I will never understand why guys think they have the option to order your meal for you? Why is he choosing what you put into your body? Dates are supposed to be enjoyable, not you sitting there choking down some food he wanted you to eat. If he thinks he can order your food for you, he’s going to be very controlling in the relationship. Don’t let him make decisions for you, especially ones that shouldn’t affect him! What’s next, is he going to pick your outfits out for you too? Ladies, always remember to be yourself and don’t let the guy control your life! Ordering your meal is only the first step…

Brings up Their Ex

If he brings up his ex on the first date, he’s not over her. RUN. If a guy is talking about their ex while trying to enjoy a date with you, he’s not enjoying it because he’s simply wishing you were her! That’s harsh, I know, but the truth isn’t always pretty. Was the breakup bad? Is he just dating you to make her jealous? Is he emotionally unstable? Talking about exes and past relationships (in a very brief form) is a topic you bring up after dating for a little while. Don’t get involved with a man obsessed with their ex. If he constantly brings her up, don’t give him the time of day! Let him go chase her for the rest of his life while you go on and live the best version of yours.

Do you feel like a fool sitting around waiting for your date who hasn’t even reached out to let you know he’s running behind? Why is he running behind? He must have a good reason. Showing up late to a first date is an immediate red flag. What was he doing that was so important that was put before your plans? Was he even going to reach out and warn you he wouldn’t be there on time? Did he oversleep or did he genuinely just forget? Whatever the reason is, if there’s not a valid one, don’t give him the time of day. Clearly, you were not at the top of his concerns, so why should you even bother with him?

Men who talk about money too much are no fun to be around, and if he brings it up on the first date chances are that’s just the start of it. If he talks about how much money he makes, don’t engage in the conversation. If he constantly refuses to ever let you chip in or spends way too much money on his appearance, he’s got to go. A man who is obsessed with money will think he can use it to get whatever he wants. That money will become a sense of control as the relationship progresses, so don’t even let it get that far. If your conversation can’t go a few minutes without him talking about his new Tesla, his closet full of Gucci shoes or his annoying personal assistant, that’s a huge red flag. Get out of there!

It’s awesome to go out on a date and find someone you have so much in common with, but how much in common is too much? If this guy has absolutely no opinion on anything, where are his morals? What does he value? Does he believe in anything? Is he just always going to agree with you? It might even come off a little creepy. It’s great to find a man you can agree with on a variety of topics, but if everything you talk about is a similarity, there’s a high chance he has no personality whatsoever and is just trying to say what you want to hear. In other words, he’s just a people-pleaser. If you love the Patriots and he’s agreeing with you but he’s from New York… well something’s just not right. We want personality, not robots! Bye for now!

Fails to Reach Out to You After

Did you think the date went great? Were you starting to think this could really go somewhere? You get home and hours go by without hearing a word from him. No “I had a great time today!” text or “Let’s do that again sometime!” If your date doesn’t have the decency to send you a follow-up call, text or even Snapchat after a date, he doesn’t really care. He’s probably just dating around to keep busy and isn’t looking for any serious connections, and that’s a huge red flag. If he’s too scared to emotionally connect with you, stop waiting around for a text from him. You deserve someone much better!

Don’t forget to think about these next time you’re out on a date. It will save you so much time in the end! What was your worst date? Let us know in the comments below! 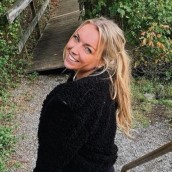 Kenley Stevenson grew up on Long Island, New York. Being a short train ride from New York City, opportunities for her to create and grow were endless. Now, she is currently a junior English/Journalism major at the University of New Hampshire. On top of Society19, she also write articles for Trill! Magazine. She has a huge passion for food, fashion, and anything related to today’s pop culture, and hopes to spend her future writing about it.

10 Ways To Virtually Hangout With Friends In Quarantine

Signs You’re Too Comfortable With Your Partner