When it comes to dating one of the best things you can do is know what you want. There’s nothing wrong with having high standards, but setting reasonable dating expectations and standards is also important in order to succeed in the dating world. Having standards shows that you know and respect yourself, but you should be open to compromise. Here is my advice to set realistic and reasonable dating standards, and increase your chances to find the perfect match!

No one is perfect

Before even thinking about the dating standards you want, remember that no one is perfect and it’s going to be quite hard to meet someone who meets ALL of your expectations. With that being said you have to figure out what’s most important to you.

Write down all the things that you bring to the table so that you can effectively think about what type of person you want. For example, let’s say you are looking for a guy that’s in good shape. Are you sure that you’re eating right and that you frequently go to the gym? Relationships are 2-way streets and that’s something you have to remember.

Don’t expect fancy dinners and dates on a college budget, COLLEGE BUDGET. There’s nothing wrong with simple dates on campus. It’s all about the thought that’s being into it. But if all you’re doing is hanging in each other’s rooms you might want to reconsider his intentions. Be sure to talk to him before deciding that he may in fact only be after one thing.

If there’s something you don’t agree with. Say it! There is nothing worse than regretting not saying something early on and having to deal with it later. Let’s say you have a problem with how your guy interacts with other females on social media. If he really cares about you once you express your feelings he’ll be sure to tone down his flirtatious. By not saying anything your standards are slipping away.

Looks are not everything

Don’t count out the great guy that doesn’t have the perfect looks. I get it, we all initially base everything off looks but if you’ve met a guy and he’s great in every way be sure that the way he looks doesn’t out way his personality. Doing so can lead you to having someone in your life that is great to look at but impossible to date.

You can’t expect your love life to follow movies standard because you’ll be highly disappointed when no one meets your expectations. On of the worst things you can do is start comparing the guys you date to fictional characters. At the end of the day it’s all the glitz and glamour of Hollywood. It’s also not a good idea to compare the person you’re dating with your ex or previous dating experiences, everyone is different.

Avoid settling when it comes to a trait you feel strongly about. Lets say you personally would prefer to date someone that doesn’t smoke because of bad experiences in the past. There is nothing wrong with deciding not to date someone because of that. If its something you feel strongly about in the long run it would probably lead to a lot of conflict if the situation doesn’t change.

Don’t let your standards stop you from dating and having fun. Your time in college is a great time to explore your dating options so that you understand what you do and don’t like. If you’re purposely only dating people that seem to meet every standard on your list you could be missing out on plenty of great available guys. Just because early on someone seems to meet all your expectations doesn’t mean they are going to stay that way, take your time before falling for Mr. Right.

There is nothing wrong with knowing what you want from a potential partner. If anything you’re looking out for your own best interest. Even if you’re just looking casual dating it doesn’t mean you should limit certain things that you feel you deserve and want. Keep an open mind and understand that just because you have dating standards that does not have to be a breaking point. 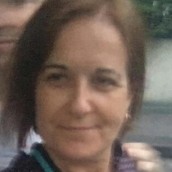 Taylor Desantos, 19, is currently studying a William Paterson University in New Jersey. She is majoring in Communications with a concentration in Public Relations and a minor is Music Management. She considers herself a pretty big music junkie which is why she is looking to have a career in the entertainment industry.