Do I like this guy? He’s funny, charming, thoughtful, loves his bed & his mama, and that HUGE…ahem, heart, of his is just soooooo hard to resist. So so hard. And that’s when you start to notice little red flags. At first it’s subtle, like the texts getting later and later. Or how he’s always flirting or checking out other girls even when you’re around. And that’s when you start to wonder – is he a fuck boy? Girl, let me tell you…

9 times out of 10 the answer is YES. But let me give you some quick guidelines in case you aren’t sure…

Girl bye. He can’t even write a full sentence? He isn’t worth your time.

That is booty call and hook up territory. Move along.

3. He ‘s constantly texting other people when you’re out.

And they’re definitely not bros. You don’t need to question the status of your relationship or his intentions. Obviously his priorities are hoeing – so let him do just that.

4. You ask him if he’s seeing other people and he can’t give a straight answer.

If he responds “don’t worry about it” or “oh no my mom is calling right now I have to take this”, you have your answer. Don’t stick around trying to make excuses for him – while relationship talks can be awkward, if he gives an eff he’s not going to avoid it.

5. His only interest is in you, naked.

He can’t manage to ask you about your day but the second you’re hopping in the shower it’s like “damn babe, without me? Send me a pic.” If he has no interest in getting to know you except when your clothes are off – then it’s a no brainer.

6. He talks bad about his exes or other people in general.

RUN. While obviously there’s some exceptions, if a guy is constantly talking shit on his exes while trying to say he was a perfect angel – obviously he’s delusional. And if he’s negative or constantly putting down others, it’s only a matter of time before you’re the next target of those comments.

If he’s sending them to you unsolicited, who else is he sending them to? And if he’s only sending dick pics and none of his face, well…that’s obviously where his focus is and where he wants yours to be. Message received.

Get Ready For Cuffing Season With These Tips And Tricks 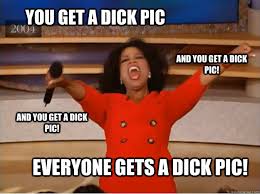 *Disclaimer: if you asked for a dick pic, please disregard.

And last but not least…

8. If you’re on here questioning if that mofo is a fuck boy, he probably is.

Trust your instinct. If his flirty habits or inability to commit have you wondering why you’re wasting your time on him, then don’t. It really is that simple.

What are your tips for knowing if a guy is a fuck boy? Let us know in the comments! 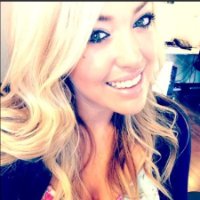