So, your boyfriend’s birthday is coming up and you want to get him the perfect birthday gift. Problem is, you’ve only been dating him for a couple weeks, so you have no idea what to get him! Don’t worry, though. There’s still time to figure out what some of his interests are, but it’s going to be a little tough. You’re going to need to do a lot of research that’ll require a good bit of digging. However, it’s not like you can just go to the library or look online to figure out what he likes. No, you’re going to have to get creative with how you approach this. Below are are few tips that’ll help you pick out an amazing birthday gift that he’ll be sure to love!

One of the easiest ways to find out what kind of birthday gift your boyfriend wants is to check the search history on his phone. It’s probably best to do this when he’s not around, but there’s a slight problem: you don’t know his password. When next you see him, convince him to give you his phone password by mentioning how the most loving couples have nothing to hide from each other. In order to keep you happy, he’ll have no choice but to give it to you! Once you’ve secured the password, you’ll be free to check his internet history for things that he likes. If they have a shopping app like Amazon, you can also check to see what they have on their wish list.

This is a fairly simple way to get birthday gift ideas for your boyfriend. However, it can become a little more complicated if you have never met his parents or don’t really have a good enough relationship with them to call about something like this. Any interactions with your partner’s parents can be tough, but you tell yourself to get over your fear and call them. After looking on your boyfriend’s phone for his parents’ number, you call them. His mom picks up the phone and, after pausing for a second in hesitation, you begin to talk. Surprisingly, talking to her is not as bad as you previously thought and, together, you come up with a birthday idea for your boyfriend.

Ah, yes, the straightforward approach. If you’re in desperate need for a birthday gift for you boyfriend (it’s the last minute and you have no other options), you’ll have to ask him what he wants to his face. There are good and bad things about doing it this way. One of the benefits of asking him in no uncertain terms what he wants will ensure that he gets something he’ll love from you. The drawback to this, however, is that the element of pleased surprise that he would otherwise have will be gone. He won’t be constantly thinking of what you’ll decide to get him and, by extension, thinking about you.

Pay attention when he says he likes something

You and your boyfriend always like to watch some TV in the evenings and, one one particular night, you watch a commercial that reminds him of something that he likes. After talking about it for a little bit, you both forget about it and continue watching the show. At least, he assumes you’ve forgotten about it. Opportunities like this don’t come along every day. An idea for a birthday gift for your boyfriend has just been given to you, and you didn’t even have to do anything to get it! To make that you remember this idea, write a note for yourself somehow. Odds are that your phone has a note function, so that’ll be the perfect place to jot it down real quick.

Go through his possessions

Alright, let’s face it, you’re desperate for a birthday gift. You waited until a few days before his birthday to buy something and you haven’t tried to figure out what he wants. It’s ok, though, no problem, no problem. You can just, very sneakily, look through his stuff to get an idea of what to get him. This may work, or it may not. It all depends on what you find in a very short and, if your boyfriend’s nearby, stressful five minutes. As you open drawers and look through his closet, you must remember where everything was before you came in and started looking around. That book you picked up to check if it was part of a series was over by the bed, right?

10 Easy Gift Ideas For Any Occasion

It’s not stalking if you’re trying to get him something nice, yeah? Besides, if you’re careful, no one will ever know that you followed him around a bit. If you decide to do a bit of detective work to ensure that the birthday gift you pick out will be good, you should only get in your car and follow him if you know that he’s going to go look shop for a bit. There’s no sense in wasting time and money on following him if he’s only going to get a haircut. Obviously, there is an element of risk, here, since it’ll look bad, or at least a little weird, if your boyfriend spots you peering around the corner at him. 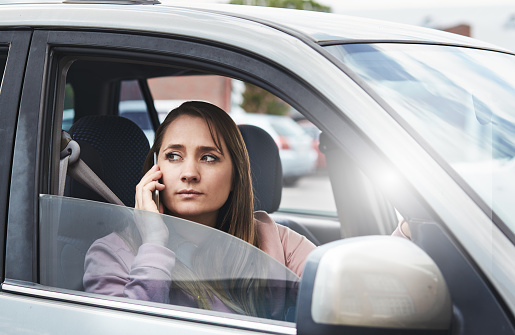 Take them out to eat at a few restaurants

One really cool birthday gift that you can give your boyfriend is a nice, romantic dinner at one of his favorite restaurants! Since he doesn’t mention often what sort of restaurants he likes, suggest going out for dinner. You can ask him if he knows any places that serve really nice food, which translates to you asking him if he has any favorite restaurants in the area. He’ll probably come up with two or three and, after you both go out to eat that night at one, you’ll have two others to choose from for his birthday dinner with you! He may become suspicious if you do this too close to his birthday, so maybe ask about restaurants a few weeks before.

The 17 Best Outfits To Wear Home To Thanksgiving This Year

All Of The Best Christmas Gifts For Your Boyfriend This Year