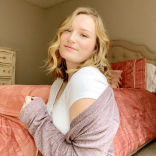 2020 has been a whirlwind of a year, to say the least, and like everything else this year, the Thanksgiving Day Parade will be conducted a bit differently.

1. The Parade Is Now Television-Only

For the first time in the history of The Thanksgiving Day Parade, the parade will only be available to view on television or online this year. Usually, thousands of eager people and their families gather together hours early in order to view the gigantic floats traipse throughout Manhattan. However, due to the COVID-19 outbreak, that will not be the case in 2020. This year, no one will be allowed to gather along the usual parade route in order to avoid the gathering of large crowds and prevent the spread of Coronavirus. Although this is a major bummer, especially to those who attend the festivities every single year, we have to think of the larger picture, which is the safety of those putting on the parade as well as spectators of the infamous parade. So although it is quite disappointing, I think that Macy’s is doing the best thing that the company can do in this very odd and challenging situation.

2. Parade Will Be Held Indoors

Another major change to the Thanksgiving Day Parade this year is that the parade will not be going through the usual route throughout Manhattan, NY. Instead, the parade will be taped for television over the course of two days around the Macy’s store location in Herald Square so that the events can be closely monitored. Usually, we look forward to seeing the excited faces of the balloon walkers, but this year those beloved characters will be paraded around by specialized vehicles. Furthermore, the event that is held the night prior to the parade where they usually inflate the balloons has been canceled. Musical guests will be performing as usual, but they will be confined to the storefront area instead of riding on floats.

As you could probably infer due to the guidelines set by the CDC, there will a fewer number of participants in all aspects that go into pulling off The Thanksgiving Day Parade. This is a possibility due to the specialized vehicles that will be used in order to drive around the floats for ous at home to view, allowing the usual balloon walkers to remain at home, plus lowering the number of musical guests and marching band performances. In a press release that Macy’s did regarding all of the changes to the Thanksgiving Day Parade, the company noted that the number of participants would be reduced by approximately seventy-five percent! This major reduction in the number of participants is of course due to the danger of spreading COVID-19 through the gathering of large crowds of people and Macy’s is committed to lowering the risk associated with hosting an event during this time.

As was previously mentioned, the number of participants and those working on the set of the Thanksgiving Day Parade has been lessened by seventy-five percent in comparison to previous years. Due to travel restrictions and the increased risk of getting Coronavirus by doing traveling a large distance, those in charge of coordinating performers for the parade have opted to only have marching bands from New York perform this year.  We do not have information on the exact high school and college marching bands that will be performing this year, however, the fact that these students still have the opportunity to have this once in a lifetime experience is so reassuring to hear. I can’t wait to see the selected bands perform! Furthermore, a list of famous bands and musical artists has not been released yet either, but as I am every single year, I am so anticipating all of the stellar performances that are bound to happen in November.

The Best Mothers Day Gifts For Every Type Of Mom

In addition to limiting the number of people working on and performing in the parade, Macy’s has also committed to following CDC guidelines regarding COVID-19 whilst pre-filming and going live on Thanksgiving Day. All workers will be required to wear face masks and social distance from each other at least six feet as instructed by the CDC. Of course, New York is also not allowed to gather in groups during this time, hence why the filming locations are limited, the number of performers and those working on the filming set have been decreased significantly,  and the Thanksgiving Day Parade will only be viewable online or on television this year. Following these guidelines set by the CDC of course make the job of putting on this year’s parade more difficult, however, the safety of the filming crew and everyone involved is too important to ignore.

As this year’s Thanksgiving Day Parade is still over a month away, that is all the information that Macy’s have released up to this point. More information will be delivered to the public regarding what artists and local marching bands will be performing as we get closer to the event. From the information that has been given to the public so far, it is clear that those behind the parade are working extremely hard to bring the tradition of the parade to the homes of families everywhere in the best manner that is possible during these uncertain times that we are living in. I am very impressed by the changes that have been made and look forward to tuning in to watch the annual Macy’s Thanksgiving Day Parade with my older sister as we do every single year and am so grateful that though many things have been canceled, this will not be!

Figure Out What Kind Of Exercise Works Best For You

15 Thanksgiving Jokes You Can Tell At The Dinner Table

All Of The Thanksgiving Ingredients You Should Be Buying