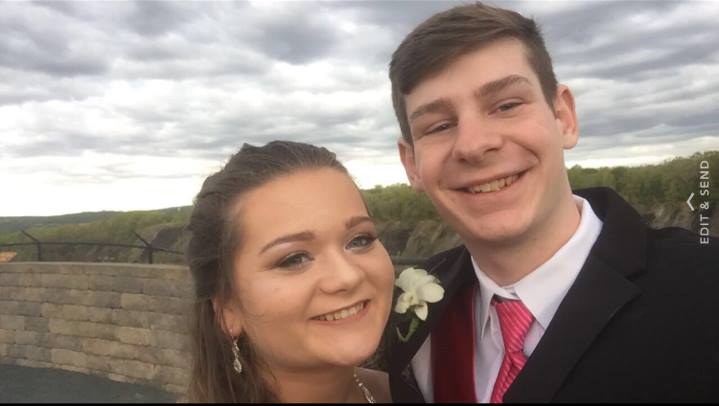 20 Signs You Went To Dreyfoos School Of The Arts

College orientation is a time to get accustomed to your new school and gear up for the next major step in your education. You’ll be introduced to your new home, and get just a small glimpse of what the next four years of your life will look like. You’ll sit through presentation after presentation of every resource on campus you could possibly need, and everything under the sun… that could also be found on their website. Whether your college orientation is an overnight program, or just for the day, you’re pretty much guaranteed to be exhausted with information by the time it’s over.

In the days leading up to orientation, I frantically searched around the internet for ways to survive it.

At one point I think I was even trying to figure out a way to avoid it altogether. I had so many questions regarding what those two days would entail.

What kinds of things are we going to do?

Am I going to be forced to talk to strangers? How do I make friends?

Can I make friends?

Can I fake my own death and be exempt from orientation altogether?

These kinds of situations are really scary for an introvert like me.

Being catapulted into an entirely different environment where you’re unsure of the circumstances or outcome causes me to overthink every little thing and before I know it, I’m plotting a way to escape the situation altogether. To anyone reading this that’s going stir crazy like I did, reading various articles on what to expect at your college orientation, I’m here to tell you that I survived my college orientation. Here’s how you can, too.

Everyone is in the same boat as you.

It’s really intimidating to suddenly be around people you have never seen or met before, it’s even worse when they all know each other and have a past history with one another. Luckily, that will almost never be the case with anyone at your orientation! Most people don’t know each other and are really nervous about the ungodly amount of people that they don’t know in the room, too. Everyone else is experiencing these embarrassing “icebreaker” games for the very first time… just like you! You’re all in on the humiliation and jitters together!

Set a small, social goal for yourself.

There’s no need to feel compelled to strike up a conversation with everyone in the room—start small. If someone you haven’t spoken to yet is sitting next to you, just a simple ‘hello’ can cut the awkwardness by a little bit. Try asking them where they’re from and what they’re major is. You’ll either get a series of one-word responses, or you might just end up striking up a conversation! Even if it’s the former, at least that’s one more person that you’ve at least spoken to. They may not end up being your new best friend, but it’s something.

20 Things To Know For The First-Generation College Student

I’m probably my own worst enemy when it comes to involving myself in group activities. I’m not saying you have to get in the middle of a big circle and introduce yourself to the world… but, talking once in awhile may not be the worst idea you’ve ever had. One of my biggest regrets from orientation is not involving myself in our small group discussions as much as I wanted to. I still wonder how many more people I might have connected with if I just opened my mouth and shared my thoughts. Looking back on it, there were people who did actually contribute to the group discussions that I found to have really interesting opinions and it made me want to talk to them.

It’s okay to need time to yourself.

Lastly, remember to breathe. If you’re feeling overwhelmed at any point in time, take a trip to the bathroom or somewhere you can be alone for a few minutes. Collect your thoughts, remind yourself that you’re going to be fine, and offer a few words of encouragement to yourself. Don’t stress out over the small things.

It’s never easy meeting new people when you’re terribly introverted or shy. Try to remind yourself often that you aren’t the only person in the room experiencing this right now, and it’s a couple of days out of your life. You’re all experiencing this for the very first time, and no one is the expert at it. I can honestly say that my college orientation was the longest two days of my life… but, I can also tell you that it wasn’t nearly as bad as I was expecting it to be.

Don’t be afraid of new things or people—you have to start somewhere.

20 Signs You Went To Dreyfoos School Of The Arts