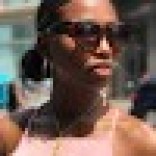 We’ve all heard of having the sex talk. But what about the talk that comes after you’ve done the deed? The “after sex talk”. Taking things to the next level with your significant other can be extremely nerve-wracking. The conversation that follows that encounter can be just as much, if not more of an overwhelming situation, especially if it’s your first time. This article is going to give you some tips on having an after-sex conversation with your significant other after the first time.

First of all, if you plan to have sex, whether it be for the first time or the twenty-first time, it should always be done safely and with your consent.

It is more than perfectly acceptable to take time to wrap your head around a situation as serious as having sex for the first time. Not only is sex an extremely intimate experience but it can leave you feeling a sense of vulnerability that you may not have experienced before. Even the most put-together people can feel exposed when it comes to having sex and talking about it. Many people, myself included, need time to evaluate how they’re feeling to make their emotions easier to articulate. Whether it be writing down how you feel or even rehearsing the conversation in the mirror (we all do it), whatever precautions you need to take are absolutely acceptable during this time. So, the first and most important thing is to take as much time as you need before you feel you can effectively confront the situation.

Sex for the first time is a big moment in anyone’s life no matter the age. This is uncharted territory that can be filled with a lot of confusion and mixed emotions. There is no need to feel ashamed for having sex or even for wanting to talk about it. Sex is undeniably going to come with questions and concerns and all of that is completely normal.

Experiencing sex for the first time can sometimes feel like you are losing your innocence or at least that’s how it felt for me, and if you feel this way you are not alone. But sex is not dirty and the conversation about sex should not be taboo. Sex, when it is being had by two mature people who can handle all that it entails, is something that should be liberating and fun at its best. A major part of that is having a meaningful and open conversation about it.

3. Don’t Be Afraid To Be Vulnerable

Having the after-sex conversation can feel just as exposing as sex itself, it’s easy to feel defenseless. But, don’t let this feeling keep you from expressing how you feel. Ideally, if you are having this conversation there would be a previously established sense of security and trust so don’t hold back! It may seem easier in the moment to suppress some of the stuff that’s on your mind but this could end up being detrimental in the long run.

Not allowing yourself to be completely open could leave you with unanswered questions and unlearned lessons. This could affect how you view sex and furthermore, affect how you handle sexual relationships in the future. The feeling of vulnerability can be a little scary but it is necessary for growth in all aspects of life, especially this one.  Don’t fear judgment from your partner, this is simply a conversation to ease your mind, and if you do end up facing judgment from your S/O you were probably better off without them in the first place.

4. Don’t Forget About The Physical

While, yes, having the after-sex conversation can be an emotional ordeal, sex itself is both emotional and physical, obviously. So be sure to address that during the conversation. With every sexual encounter, you will have with any new person it may take time to learn each other’s bodies. While learning yourself and your partner in a sexual sense is a process of trial and error, a part of learning is discussing both the things you liked and didn’t like.

Sex is meant to be enjoyable for BOTH parties at the very least, so be sure to communicate the parts you enjoyed and even things you might like to try in the future and be open to any suggestions they might have. Now, with all that being said, it is crucial that you do not take this part of the conversation personally or as criticism. This should be the most exciting and freeing part of the conversation. Getting the opportunity to openly explore an undiscovered sexual side of your partner can take your relationship to a new level. This is where the fun begins!

Honesty in all aspects of this conversation is crucial. You should try to be as transparent as possible about your feelings and what you expect moving forward along with the experience itself. In a generation of undefined relationships and bottled up feelings, when sex comes into play it is of the utmost importance to be completely honest with yourself and with your partner about what you want to come after the sexual relationship. If its just sex, say that. If you want more, say that.

Not only will this save a lot of time, confusion, and potential heartache for both parties but its also a mature and efficient way to resolve the conversation. Now, if after this part of the conversation you and your partner are not in agreement of where you want your relationship to go moving forward it might be time to start a different conversation. In, being honest with yourself it is important that you stand firmly on what you want and don”t settle for less. Protect your peace!

The Best Study Spots In Tallahassee That Aren’t Strozier

10 Subtle Ways To Let Him Know You’re Into Him

How To Pull Off A Low-Waste Wedding