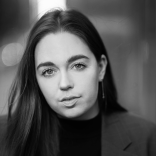 17 Easy Ways To Change Your Style

Harry Styles started out in the boy band One Direction over 10 years ago and since then, he has become one of the biggest style icons in the fashion world. He is bold with his looks, throwing gender norms out the window, and he rocks just about anything he puts on. Naturally, his styles have inspired many to create some outfits of their own that stand out but remain classy and fashionable. Unfortunately, most of us don’t have the budget that Harry Styles does. Normally seen clad in Gucci from head to toe or dressed beautifully by other designers, Harry’s outfits are probably worth more than a normal person’s rent. That doesn’t mean style has to be sacrificed all because you don’t have the same budget that he does. Check out these Harry Styles inspired outfits that you can create with out breaking the bank.

This image, taken at soundcheck for Harry’s appearance on the today show in 2020, gives extreme comfy and casual vibes. That doesn’t mean it’s cheap. The chunky over-sized knit sweater from JW Anderson costs over $1,000, and are those Gucci jeans? Yikes.

Instead of killing your budget on an outfit you want to be comfortable in (rather than be anxious all day that you’re going to ruin it) try finding some comparable items at a more reasonable price. A Graphic tee, a chunky sweater, and some wide legged jeans will complete this look. Add some Keds or some white converse and it’ll round out this comfy and casual Harry Styles look. This person took their own spin with the look. Thrift the sweater, wear your favorite jeans, and change up the top underneath to match your vibes!

A lot of people when going to the airport tend to dress for comfort over fashion. Not Harry! A fashion icon, Harry is always dressed to impress. Dressed in neutrals and loose clothing, Harry’s goal may have been not to bring attention to himself, but who wouldn’t stop and stare at this man passing by? The price of his shoes alone? Over $800! We love a fashionable man but hate those prices.

Take inspiration from Harry Styles the next time that you travel. He takes the idea of “traveling in style” to the next level. If you notice, he doesn’t sacrifice comfort. He’s still in airports and stuck on planes all day, after all. Dress slacks can be extremely comfortable if you go with the wide-legged pant that Harry tends to sport and then go with a casual tee to dress it down a bit. Black and white always makes outfits more chic and add a hat or sunglasses if you really want to add some mystery and fashion to your outfit. Don’t forget to have some fun with your shoes. Add a pop of color here if you’d like and remember to wear shoes that you’ll be comfortable in all day!

In this example, they keep their outfit long and over-sized throughout while keeping colors neutral. It’s chic and allows for fashion while staying comfortable. Shop in a budget that you feel comfortable with and you’ll be able to easily recreate this look.

When I think of current Harry Styles fashion, this is the outfit that comes to mind. Wide-legged dress pants and a more casual top or jumper (sweater). He takes something that would normally be considered too dressy like the dress pants that he wears, and does a perfect job of dressing it down so that you don’t feel terribly under-dressed beside him (if only we could actually be beside him). Even though he’s “dressed down” by Harry Styles standards, how much do you want to bet that plain t-shirt costs more than you make in a day?

Take your own spin on the outfit. Find yourself a plain white tee and wide-legged dress pants and accessorize at will. Harry often is seen wearing outfits like these when traveling so maybe this should be a staple in your own travel wardrobe. The outfit is wide and comfortable and can easily be layered if needed. Plain white t-shirts are incredibly easy to come by and wide-legged pants can often be thrifted to give it a more vintage style. Add some comfortable sneakers instead of heels and you have a classy and casual look!

Did you think that Harry Styles had only just recently become a style icon? Harry had been winning awards for his incredible style since 2013 and for good reason. The way that he dressed was timeless and classic. Though current Harry tends to stick with wide legged dress pants or bell-bottomed jeans, the Harry of the past would rarely be seen out of his skin-tight black skinny jeans. Normally paired with a plain white or black t-shirt for concerts, he would step it up for special appearances and music videos as can be seen here. Nice button-ups with patterns that stand out offset the plain black jeans and the scarf is a great accessory.

The Perfect Outfits For Your Next Job Interview

Black jeans are something that every girl should have in her closet so you probably already own a pair already. Have your outfit inspired by Harry by going bolder up top. Find a blouse with a pattern that stands out and compliments your personality! The best part is that the outfit is versatile. Choose a button up or a silk blouse that blends better with your vibes. Remember, these are styles inspired by Harry but you are more than welcome to put your own spin on them.

Since the release of his self titled album and his first solo tour, Harry Styles’ concert outfits have been something to talk about. Normally always over the top, Harry Styles would grace the stage in different variations of suits, sequins, colors, and styles. There’s no doubt that he would always dress up for the crowd, coming a long way from his One Direction days where he could normally be seen in a plain tee and black jeans almost every show. This outfit is from his last show at the Forum in LA in 2019. Considering it was his last show, no wonder he decided to go all out with this black suit and gold detailing. Harry wears a different suit on stage each night of all different designs, made by the likes of Gucci, Harris Reed, and Calvin Klein.

All because you are working on a budget doesn’t mean you can’t rock an incredible suit like this one or one of his many other outfits. Suits don’t just have to be for the business office, either. In fact, these suits tend to be so fashion forward that you won’t want to bring them to the office, but wear them out for everyone to see. Although you can go with a monochrome suit, remember that you’re channeling Harry Styles so be bold with your choices. Harry is all about pushing the limits of fashion but also being comfortable in his own skin and who he is. This floral suit is stunning and will have everyone turning heads and giving you compliments. Wear it with pride and be bold!

Which of these outfits are you going to try to recreate? Any favorite outfits that you didn’t see here? Let us know in the comments!

14 Cozy Dates To Do With Your BF This Fall

17 Easy Ways To Change Your Style

What Every Men’s Shoe Style Says About You

We Asked 10 People What Their Face Mask Means To Them